For this Paralympian, the AJC Peachtree Road Race is just a pit stop before heading to Tokyo.

World Marathon Majors Champion Daniel Romanchuk is headed to the Paralympics, but not before defending his title at this year's AJC Peachtree Road Race. 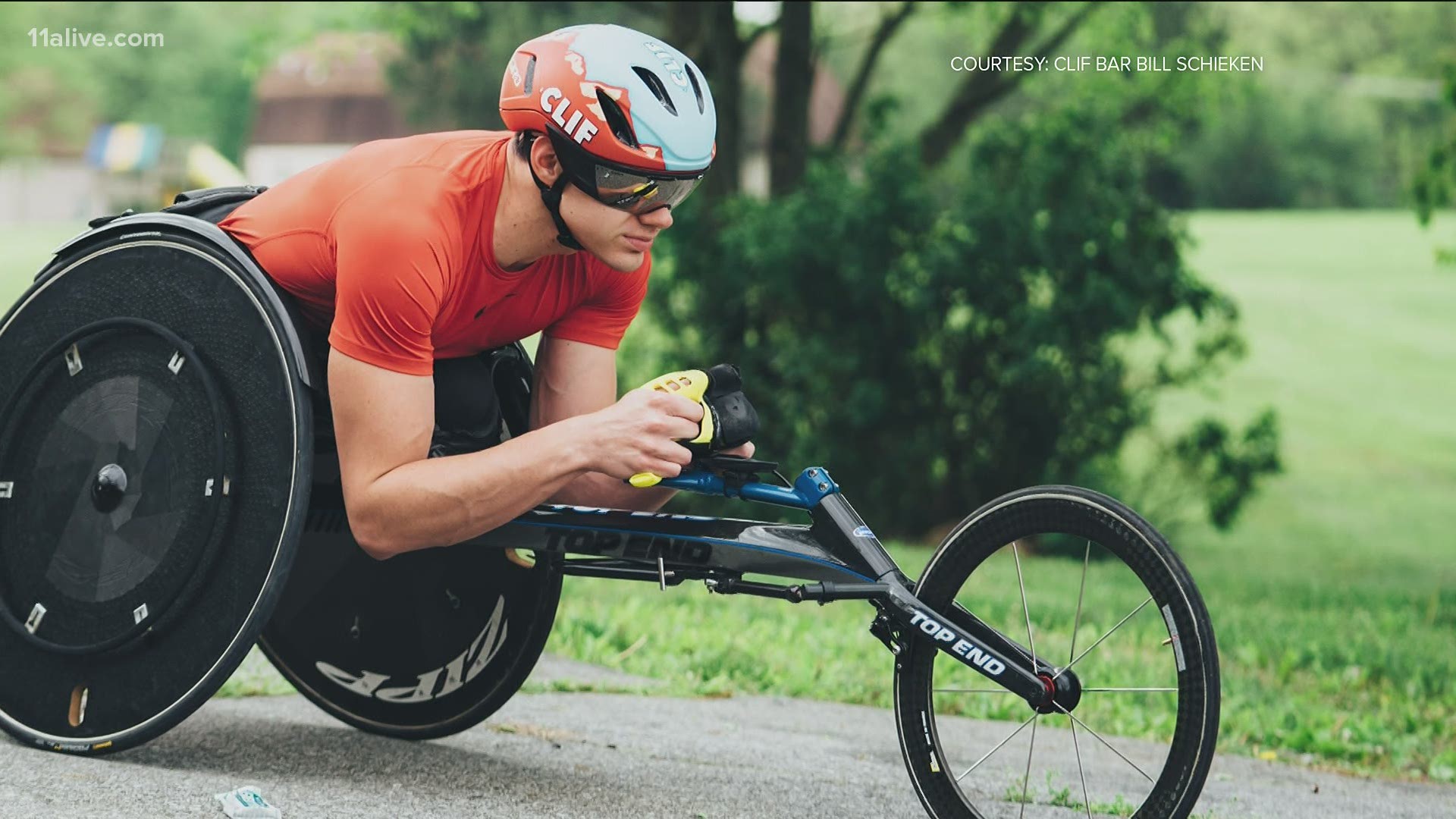 ATLANTA — Daniel Romanchuk, 22, trains six days a week, one to two times a day, for 90 minutes at a time. At age 20, he became the youngest winner of the wheelchair race in the Boston Marathon, and this summer, he's headed to Tokyo for the Paralympics.

Before that, the World Marathon Majors champion must defend a fourth title at the annual AJC Peachtree Road Race.

Romanchuk has Spina bifida, a condition affecting the spine and usually apparent at birth. He began adaptive sports at age 2 and has tried anything from basketball to swimming.

He plans to do the same in Tokyo. He's set to participate in everything from the 100m to the marathon.

"I've been offered all the races," he said. "Right now, I think I'm going for everything."

Romanchuk participated in the Rio 2016 Paralympics after his mom brought up the topic while driving back from one of his classes in 2014.

"After giving it a thought, I wanted to try and go for it," he said.

If Romanchuk wins for a fourth consecutive time at the AJC Peachtree Road Race, he will become the first man to do so since George Murray (1982-1985).

He said he loves climbing Cardiac Hill, a hill on the AJC Peachtree Road Race course, but what he loves even more is seeing the patients from Shepherd Center out on the hill.

"It gives them a view of what their life could be like," Romanchuk said.

Romanchuk broke the record at the race last year, collecting a ground-breaking $50,000 bonus for his efforts, according to a press release from the AJC Peachtree Road Race.

He said he's hoping for a fast time at this year's race.