In two of the robberies, the suspects got away with cash; in a third attempt, the store clerk managed to run the men away with his own gun. 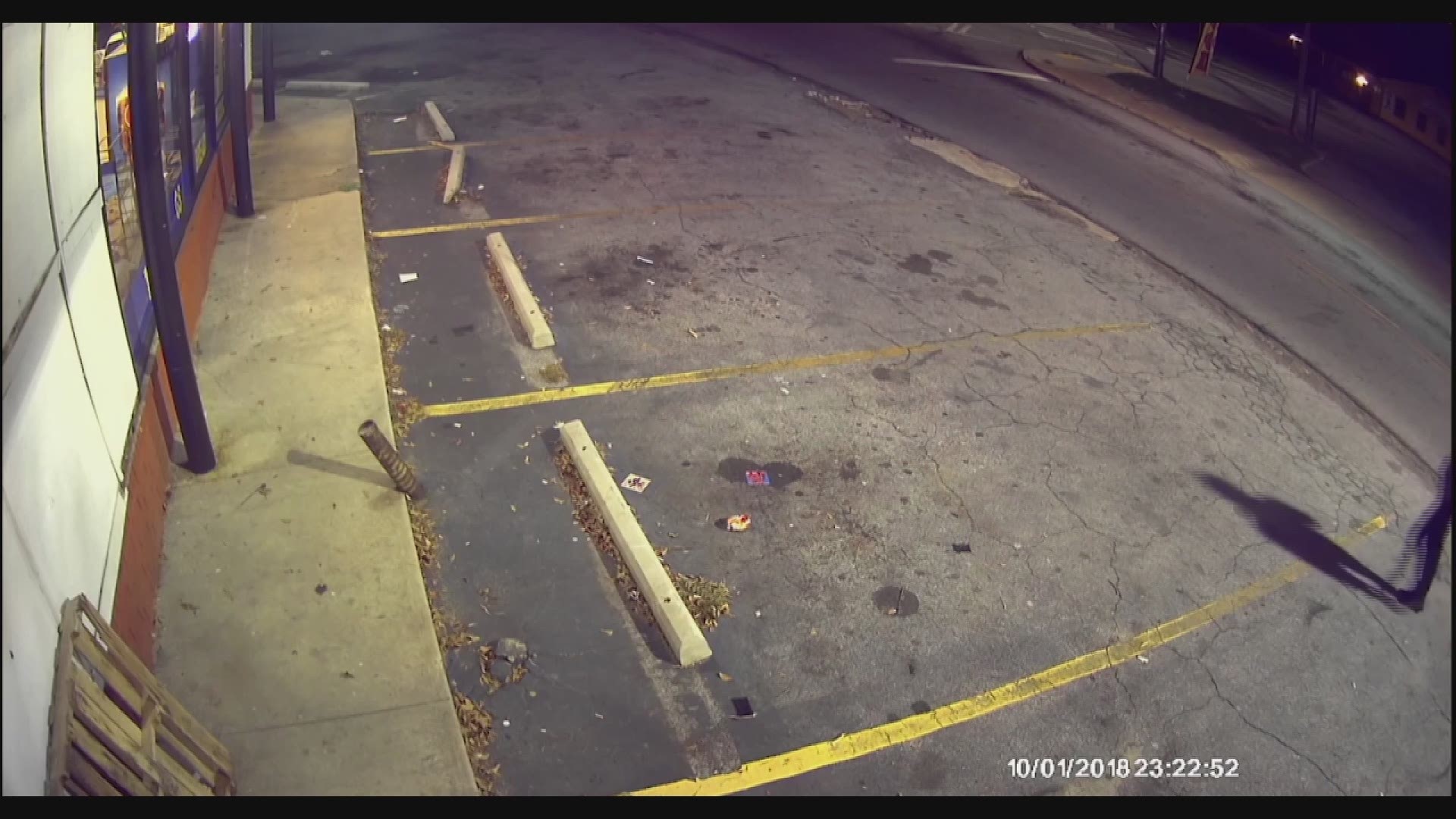 ATLANTA -- A band of robbers held three convenience store clerks at gunpoint last week, all within minutes of each other, police say. Now, authorities are looking for the suspects.

In two of the robberies, the suspects got away with cash; in a third attempt, the store clerk managed to chase the men away with a gun of his own. The crimes took place on the night of Oct. 1.

Here's a timeline of the robberies:

Surveillance video shows three people entering the store. One robber had a rife, another had a handgun, and the third person appeared to be unarmed. Police said the three suspects were wearing blue surgical masks. About $600 was taken during the robbery. No injuries were reported.

Officers responded to the second robbery. One of the suspects pointed a weapon at a customer and demanded money. The second suspect demanded money from the clerk. The men got a way with about $800. No one was hurt.

APD responded to the scene where three men wearing masks attempted to rob a business. The victim told police one man had a rifle, one had a handgun, and the third suspect appeared to be unarmed. When the suspects pointed a weapon at the victim, he pulled out his own gun; the suspects then ran off. No injuries were reported.

Anyone with information on the robberies is asked to contact Crime Stoppers at 404-577-TIPS (8477) or online. Tipsters could be eligible for a reward of up to $2,000 for the arrest and indictment of the suspects.