Argument led to fatal shooting at Masquerade in Underground Atlanta

The shooting left two dead and two others injured. 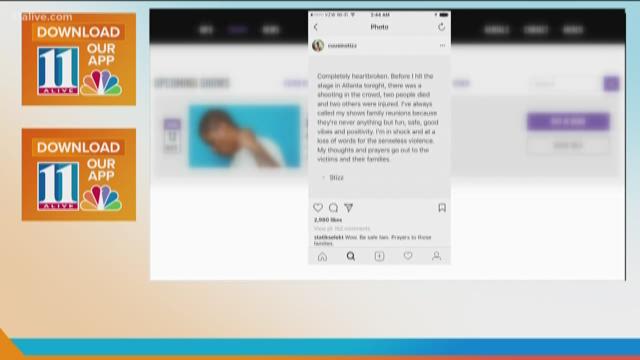 ATLANTA -- Police say two people are dead and two more were injured after a shooting at the Masquerade in Downtown Atlanta.

All four victims were men attending a concert at the venue in Underground Atlanta. 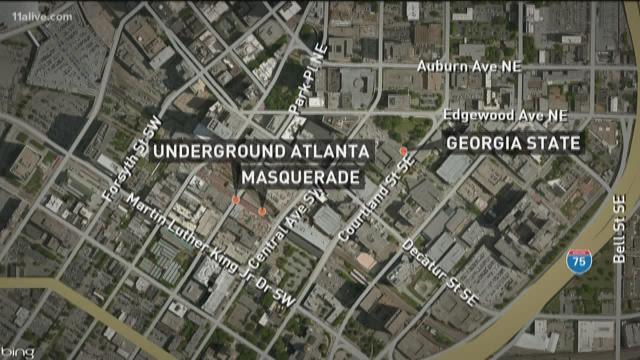 When officers arrived, they found that call unfortunately true with four people shot. One of those was pronounced dead and another was in serious condition. That person later died at the hospital. The two remaining victims were bystanders who were shot in their legs. They were listed as stable and expected to survive.

Preliminary investigations revealed that the two victims who died had become rowdy and climbed up onto the stage during an intermission. An argument followed after another patron took issue with their actions. That patron then drew a pistol, shot the two victims and then fired towards the ground. This, police believe, was what lead to the injuries of the other two victims.

Those who were shot and the suspect fled towards the exit at which time one of the victims fell to the floor. Witnesses said the shooter continued running from the scene.

According to the venue's website, Cousin Stizz, Levi Carter, Big Leano and Givon were the acts scheduled to play for Sunday.

Cousin Stizz tweeted out a statement after the shotting.

Officials don't yet have a description of the suspect and are interviewing witnesses to gather more information. Police are asking that anyone who was at the concert or nearby - anyone who may have witnessed this crime - call the Atlanta Police Department or Crime Stoppers at 404-577-TIPS.

This is not the first deadly shooting to happen near The Masquerade, though not at the same location. In 2010, a man was shot and killed outside a reggae concert back when the venue was still in the Old Fourth Ward. That shooting apparently broke out after an argument, as well.

The concert venue moved to its current, permanent location at Kenny's Alley in Underground Atlanta, near Georgia State University, in October.

In 2017, there have been five homicides in a quarter mile radius of the Masquerade's new location at Underground.

In that same timeframe, there have been no homicides investigated within a quarter mile radius of the Masquerade's old location near Ponce City Market.