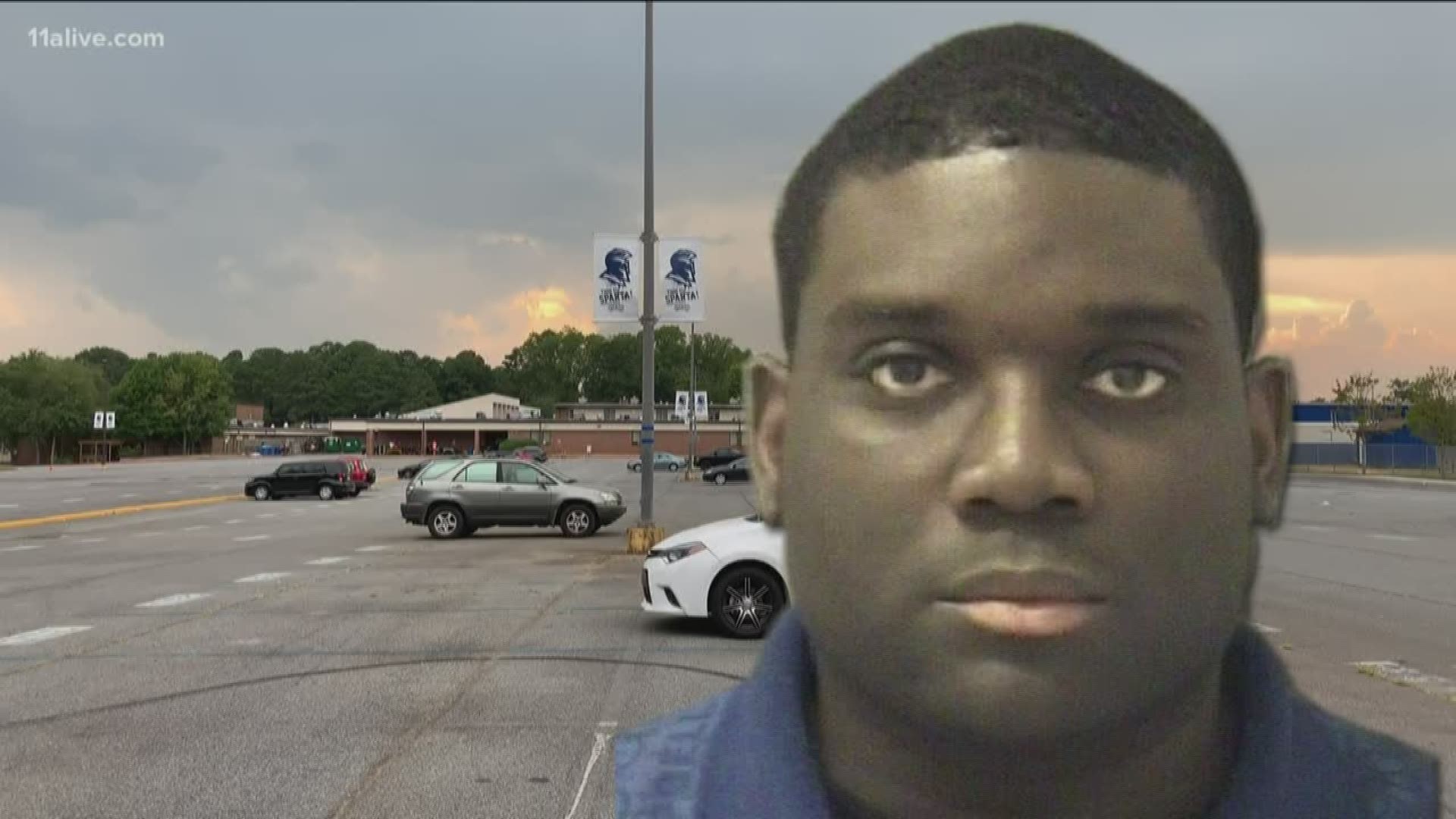 SMYRNA, Ga. — A Campbell High School drama teacher is under arrest, facing allegations of inappropriate behavior with a student.

The Smyrna Police Department said they arrested Dominique Evans Sept. 10 for solicitation of sodomy and obscene telephone calls to a minor. Both charges are misdemeanor.

According to the department, they began their investigation into Evans after getting a complaint about alleged inappropriate behavior with a student from a concerned adult.

A Cobb County School District spokesperson confirmed the Evans' arrest in a statement to 11Alive saying, "After being informed of potentially inappropriate behavior of two staff members, the Smyrna Police Department and administration took immediate action and began an investigation."

The district also confirmed that another staff member is on administrative leave, though they did not clarify that employee's alleged role in the situation.

A parent of a student at Campbell High School shared a copy of a letter sent out from the school's principal with 11Alive, explaining the arrest. The principal, Dr. Jeanne Walker, added that the school's "highest priority is student safety" and staff will continue to "vigilantly safeguard your students."

11Alive's Hope Ford spoke to one parent who said she found out about Evans' arrest through the news. She said she wants to know more about his background and how he got hired to teach at the school in the first place.

"I understand that this teacher might be a new teacher to this school," the parent, who didn't wish to be identified, said. "I guess I would want to know if this teacher was a Cobb County teacher and just transferred to this school or if the teacher can from another district and had other issues.”

No other information was released in the case. Evans' status with the school district is unclear.