The mother of the 1-year-old girl who died when she left her daughter in a hot car for six hours will spend the next 15 years in prison. 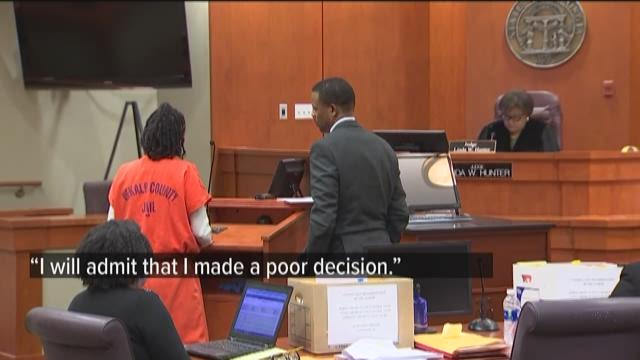 A mother accused of leaving her child in a hot car to die while she got her hair done pleaded guilty and was sentenced on Wednesday.

Dijanelle Fowler, the 25-year-old mother of 1-year-old Skylar Fowler, was in court on Wednesday morning, pleading guilty to second degree murder and other charges.

"I will admit that I made a poor decision," she told the judge while in court. "If I could trade my life right now, to have her here even just for a day, I would. And any person, inside or outside this courtroom, that tries to deny the love that I have for my daughter did not know me and did not know the relationship I had with her."

Fowler was charged with second degree murder, child cruelty and concealing the death of another. She faced a maximum of 40 years in prison.

After hearing witness impact statements from a number of family relatives, the father of Skylar, Louis Williams, stood before the court to deliver an emotional statement. Williams had been deployed to the Middle East with the Air Force Reserve at the time of his daughter's death.

"There's no way it could have been an accident," Williams said in court, as he requested that the court follow the District Attorney's recommendation and sentence Fowler to the maximum possible sentence of 40 years.

Judge Linda W. Hunter sentenced Fowler to a total of 15 years to serve, plus 5 years of probation.

Police said the mother left the child in the car for about six hours on June 15, 2017, when she was at a hair salon in Tucker. The mother says she left the engine running and the air conditioner on.

But the car cut off, the air conditioner shut down, and officers say Fowler likely hid the child while someone helped her to restart the car.

They say she went to an Emory medical facility and called 911 from there, saying she was having a seizure. Skylar's body was found in the back seat.

Louis Williams, Skylar's father, had been deployed overseas with the Air Force Reserve at the time of the death.

Speaking to 11Alive's Jennifer Bellamy on Tuesday, he said an example needed to be made.

"They need to make an example. Something like this can't happen, for a mother to leave her child in the car for six hours while she gets her hair done...she's told multiple lies," said Williams "I'd like for this case to make a statement so parents out there who are going through tough times don't neglect their children." 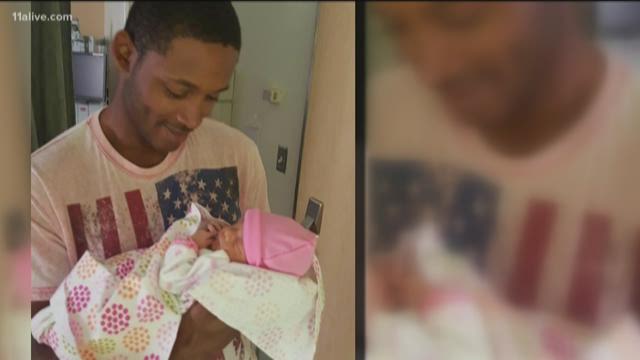 In court, Fowler asked the judge for mercy.

Judge Hunter then sentenced Fowler to 15 years instead of the maximum possible 40 years in prison.

"By all accounts, you and Mr. Williams are both loving, committed and caring parents ... And that one day, this gross negligence occurred," Fowler said. "I don't think that justice requires that I throw the book at someone who has absolutely no prior record, who the record shows has been nothing but a loving mother."

DeKalb County District Attorney Sherry Boston and the Louis Williams say 15 years is not enough punishment for what Fowler did, and that Skylar did not receive justice.

"What I saw in court today was a complete mockery of justice," Williams said. "I hope that God has mercy on her soul."

If she serves the full 15 years, Fowler will be 40 years old when she gets out of prison. In court on Wednesday, she said that because of an accident, she can never again conceive children.

1 / 5
Dr. Brenda Fitzgerald resigned as head of the CDC on Wednesday following revelations that she had purchased tobacco stock. http://on.11alive.com/2rSmFFR