After the fight, the women tried to drive off but crashed into another car. 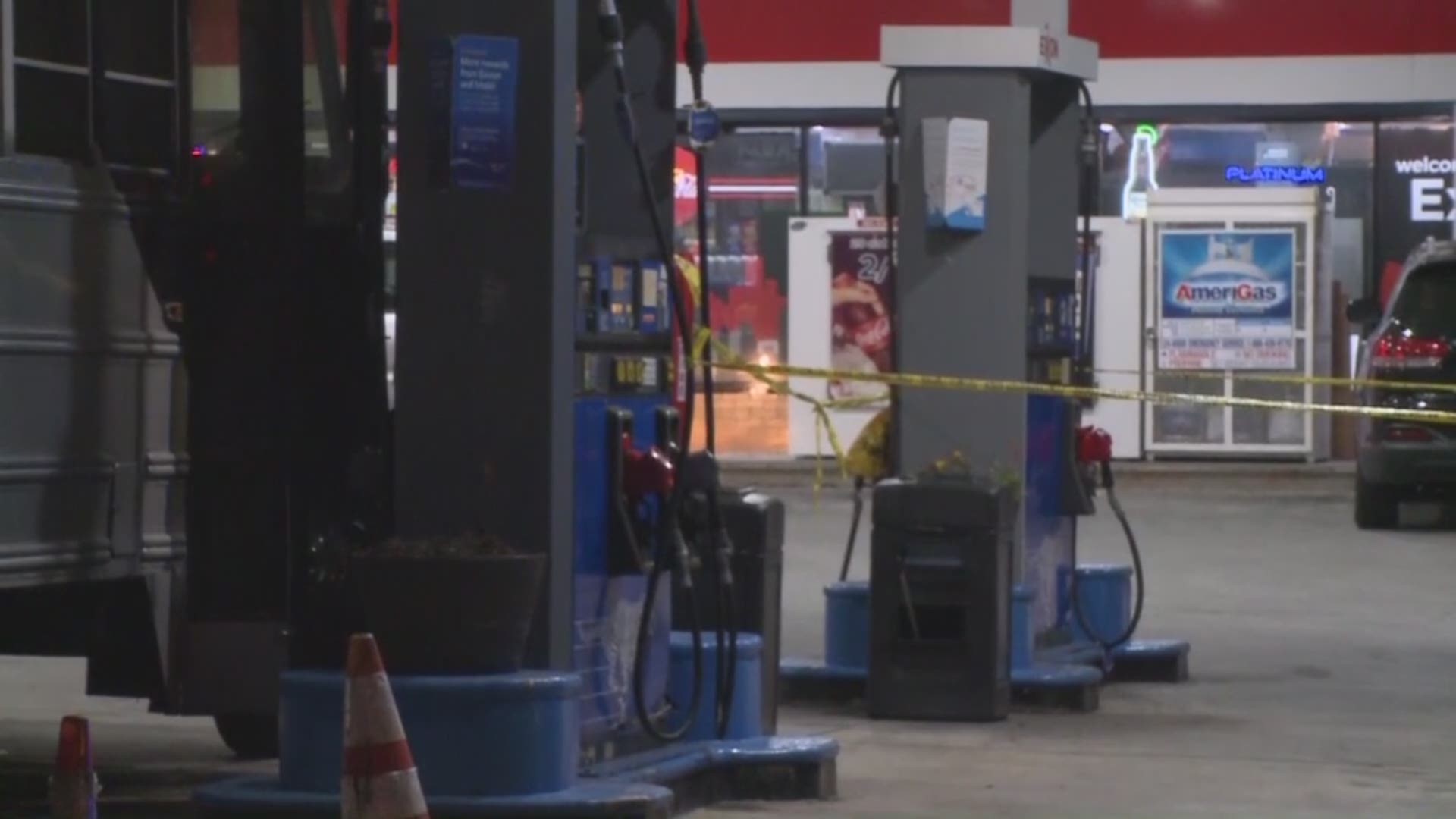 ATLANTA — An unidentified man was apparently shot in the hand after he tried to use a gun to hit two women at a southeast Atlanta gas station early Sunday morning.

Atlanta Police said the incident happened at an Exxon station in the 1100 block of Moreland Avenue, SE. Officers responded to the gas station at about 5 a.m. after receiving a person shot call.

When they arrived, they found two women that had come to the gas station to meet with the boyfriend of one of the women.

Chafee said that the boyfriend was upset that the women were late and started fighting with them. During the fight, he pulled out a handgun and hit one of the women.

According to Chafee, the other woman took the gun from the man and while doing so, the gun went off, hitting the man in the hand.

He ran off and couldn't be found, Chaffee said.

The women tried to get into a car and drive off, but as they were leaving, 41-year-old Donna Mitchell crashed into another car.

Officers were able to determine that she was driving under the influence of alcohol. Mitchell was taken into custody and transported to Grady Hospital.

Mitchell was charged with DUI Less Safe, reckless driving and following too closely.

Construction worker killed in work zone on I-285