More than $400K in weed, psychedelic mushrooms, other drugs seized in Douglasville bust

Fifty pounds of heat-sealed packages of marijuana were seized from a U-Haul. 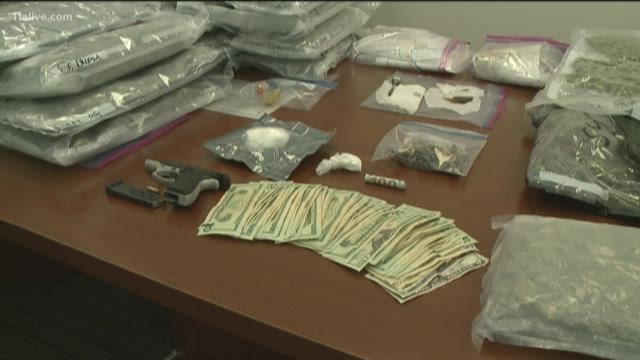 More than $400,000 in drugs, including hydroponic marijuana and psychedelic mushrooms, were seized recently when the Douglas County sheriff’s office arrested three people on drug trafficking charges.

Police were conducting a large-scale narcotics investigation centered around a Villa Rica residence when they stopped a U-Haul truck they believed was delivering drugs to the Timmons Circle address.

Pauling Grant Montana, 29, was arrested during the stop when police said they found about 50 pounds of marijuana inside the vehicle, packaged in 50 separate, heat-sealed bags.

Police then raided the residence and arrested Zacahary Buchannan, 23, and Aleah Dianne Campell, 18. Police said they found 10 more pounds of marijuana along with marijuana wax and butter; cocaine; psilocybin mushrooms; a stolen handgun; and an undisclosed amount of cash.

All three are facing marijuana trafficking charges, while Buchannan and Campbell are charged with cocaine trafficking, illegal firearm charges and other drug charges.