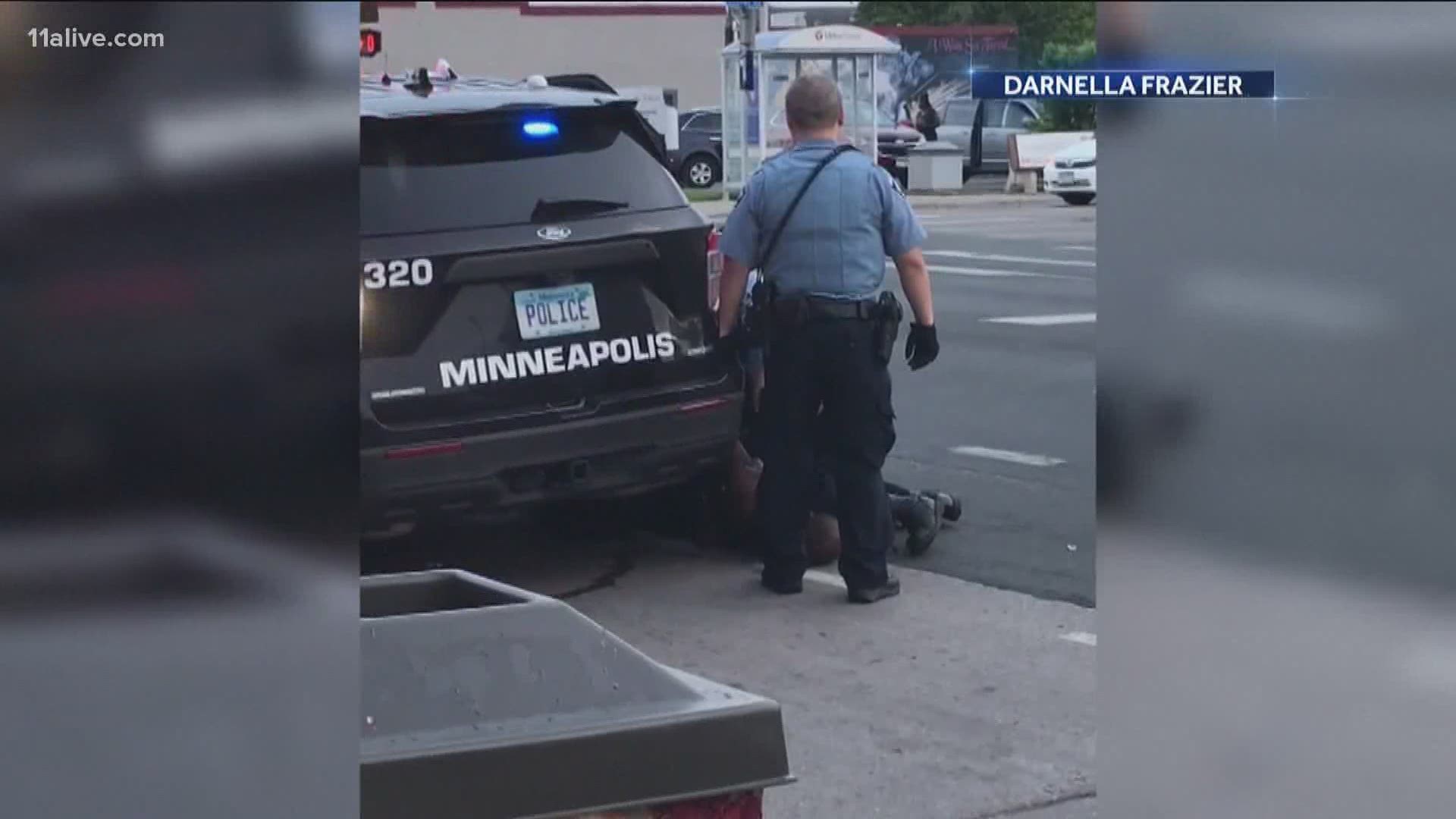 ATLANTA — The national outrage over the death of George Floyd in Minneapolis is drawing attention, again, on police training everywhere. A police officer appears on video with Floyd face-down on the pavement, the officer's knee pushed into Floyd's neck.

One of the nation’s top law enforcement authorities, Dr. Cedric Alexander, who is a former DeKalb County Public Safety Director and police chief, said bluntly that officers are already well-trained in the academies. The problem, he said, is that no one can teach officers to be moral, ethical, humane, compassionate.

"If you don’t have it, then being in public safety—you’re in the wrong profession,” he said.

Floyd’s death and the actions of the officers involved, Alexander said, are all the more shocking because of all the similar cases in recent years.

In July, 2019, for example, now-former Atlanta Police Officer Matthew Johns pleaded guilty to felony charges, admitting he was wrong when he ran up to a 15-year-old suspect, who was already face-down and handcuffed, and kicked the teen in the head, and pressed his knee into the teen’s neck until the teen lost consciousness.

In February, 2020, now-former Gwinnett County Police Officer Robert McDonald was convicted of felony charges as a result of what he did while assisting another officer in an arrest—running up to the suspect, who was face-down on the pavement and handcuffed, and stomping on the man’s head.

Then, this week—a now-former Minneapolis police officer is seen on video pressing his knee into George Floyd's neck; Floyd is heard on the video saying he can’t breathe, he pleads for his life, then goes limp as he dies, as three other officers do nothing to intervene.

“It is shameful, it is immoral,” said Alexander.

Alexander has led police and he has also investigated police, in DeKalb County and in various assignments and posts across the country, working to strengthen good relations between officers and civilians.

He said police are not taught, in any of the nation’s academies, to arrest people the way the officers in Minneapolis are seen arresting Floyd.

“It is a failure of the individual officer to make moral and ethical and sound judgments.” Alexander said. “If you don’t have the capability of doing that, you’re in the wrong profession. You can’t teach compassion. You either come with it or you don’t."

"You can’t teach that in any academy or any class…. We’ve got to make sure we’re selecting the right people for this job," he added.

Alexander said good officer training involves learning self-defense as well as learning how to protect the public from violence.

"Officers are adequately and well-trained in self-defense, in the use of force, they understand these things when they’re in the academy," he said.

"But what happens when they leave those academies?" he asked. "When they need to be able to be tough and effect arrests, they’re able to do so in a constitutional, well-trained manner. There are ways in which we do this. But we just can’t treat people like dogs and animals.  And no parts of this nation should accept it.”

But he also believes it is time, again, for departments everywhere to take another look within, at whether their own cultures enable ethical and humane policing.

After his father's death, man donates iPads to hospitals, nursing homes to connect families during pandemic