FedEx and UPS are both handling the deliveries. 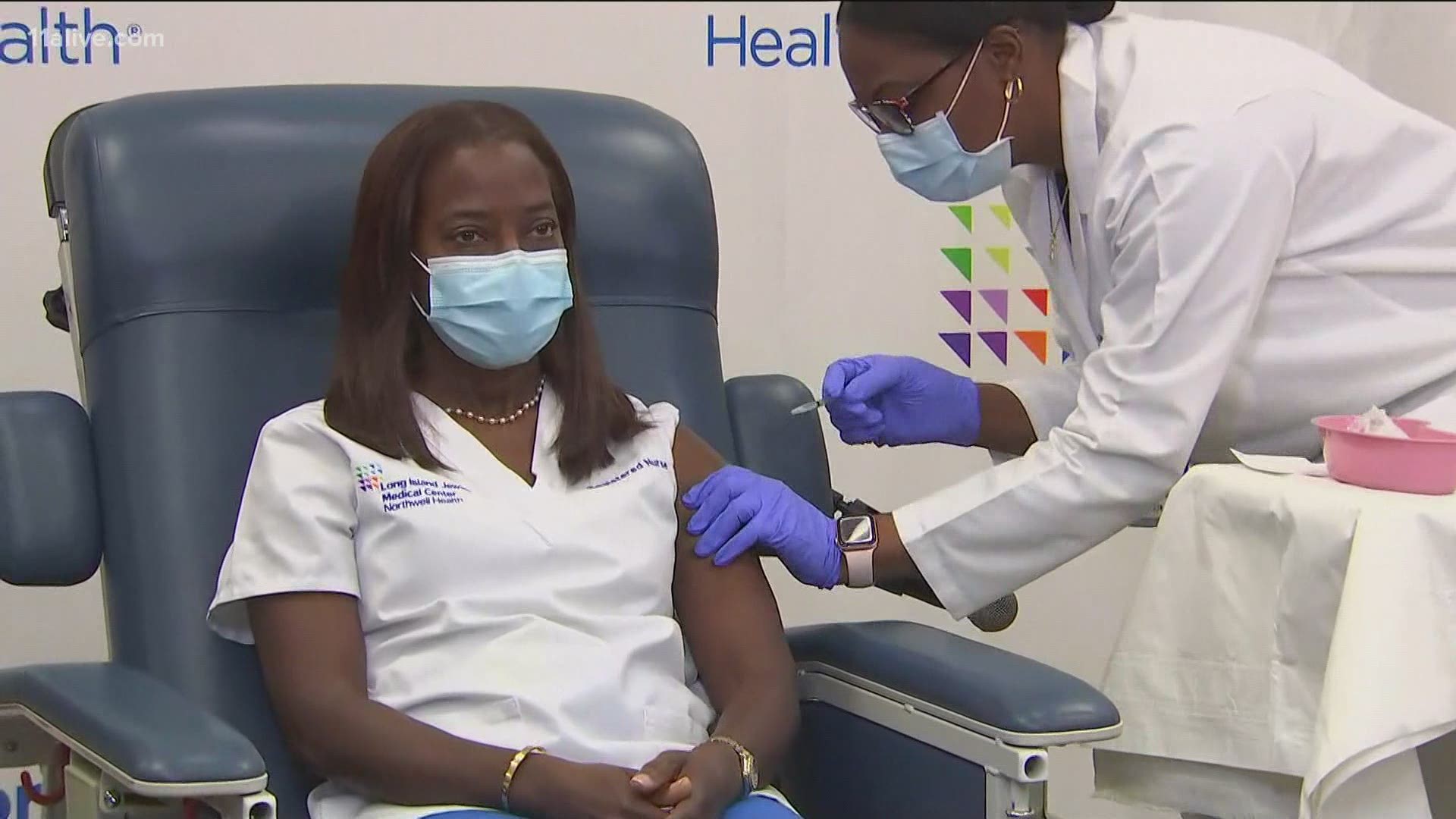 ATLANTA — COVID-19 vaccines arrived in Georgia. They arrived in the Coastal Health District where ultracold freezers were waiting, according to the Georgia Department of Public Health.

For now, Georgia has 5,850 doses for people to get their first of two necessary doses of the vaccine. Further distribution will begin in Chatham, Glynn and surrounding counties as early as Tuesday Dec. 14, the state said.

"Because initial COVID-19 vaccine supply is limited, DPH is following the recommendations of the Centers for Disease Control and Prevention (CDC) and the Advisory Committee on Immunization Practices (ACIP) and prioritizing healthcare personnel and residents of long-term care facilities for vaccination," a statement read.

Those who qualify in Georgia will receive the vaccine at public health clinics, hospitals, long-term care facilities, pharmacies, etc. the state said.

Metro Atlanta and other parts of Georgia are expected to receive the vaccine later this week.

Vaccine distribution is happening around the country. Both UPS and FedEx are shipping the vaccines.

The first of many freezer-packed COVID-19 vaccine vials arrived at 80 different locations Monday morning, according to a spokeswoman with FedEx. When asked about specific deliveries made to Atlanta, an initial response that one was made on Monday morning was since backtracked by FedEx.

In follow-up emails with the spokeswoman, she could only say "the first delivery was made to a hospital along the east coast." She clarified that the vague description was due to security purposes.

The rollout of the Pfizer vaccine, the first to be approved by the Food and Drug Administration, began Sunday at their Michigan facility. Trucks were seen leaving with the vaccines and heading to the airport.

Tracked with GPS-enabled sensors, the initial shipments were expected to contain about 3 million doses, with many more to come. Federal officials say the first shipments of Pfizer’s vaccine will be staggered, arriving in 145 distribution centers Monday, with another 425 sites getting shipments Tuesday, and the remaining 66 on Wednesday. Video was provided by FedEx of the shipments arriving in Memphis, Tennessee yesterday.

Richard Smith, regional president of the Americas and EVP of global support for FedEx Express, told NBC's today that distribution is going very smooth and said that half of the deliveries have already been made, including one to a hospital in Massachusetts just before 6 a.m.

Watch the full @3rdHourTODAY exclusive interview with Richard Smith, regional president of the Americas and EVP of global support for FedEx Express, on the mass distribution of the COVID-19 vaccine to hospitals and medical centers across the United States. pic.twitter.com/mEpdLePS5r

11Alive reached out to UPS to see if they have made any deliveries in Georgia, however, they also said they would not be sharing that information due to security purposes.

Gov. Brian Kemp stressed that vaccines for the general public could still be "months away" and that Georgians should continue to follow CDC guidelines, wear a mask and practice social distancing.

A survey from The Associated Press-NORC Center for Public Affairs Research found that about half of Americans want to get the vaccine as soon as possible. Another quarter aren't sure, while the remaining quarter say they aren't interested. Some simply oppose vaccines in general. Others are concerned that the vaccines have been rushed and want to see how the rollout goes.

The Moderna vaccine will be reviewed by an expert panel Thursday and soon afterward could be allowed for public use. State officials said Georgia will also receive this vaccine.