Kortney Deleshaw had no idea that discovering she was pregnant with quadruplets was 'only the beginning of a rollercoaster ride.' 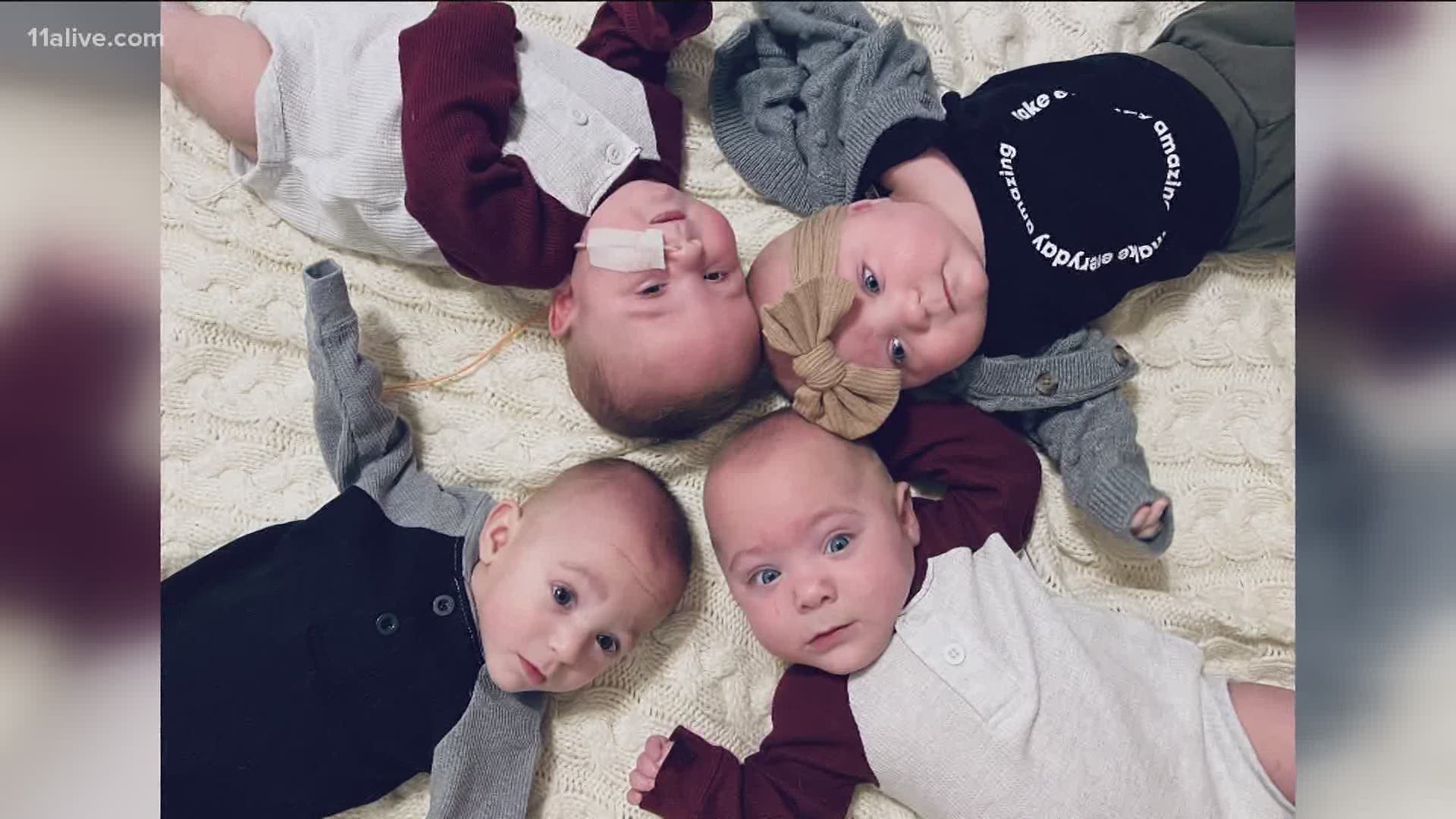 ATLANTA — Children’s Healthcare of Atlanta sent a super shout out to four strong babies who finally got the chance to go home after spending the majority of their first days on earth in the hospital during a pandemic.

A rep told 11Alive Kortney Deleshaw welcomed three baby boys and a baby girl back in January, but they had to remain in the hospital until May.

The hospital said the new mom was in for quite the surprise from the very beginning, during an ultrasound. Children’s Healthcare of Atlanta said that Kortney had no idea that discovering she was pregnant with quadruplets would be “only the beginning of a rollercoaster ride.”

“After birth, all three of her boys - Owen, Noah and Aaron - eventually made their way to the Children’s NICU for varying complications including but not limited to brain bleeds, hydrocephalus, kidney issues and a perforated belly,” a rep told 11Alive. “Her daughter Lizzie remained at the hospital where she was born from their birthday in January until May.”

Now, the family is experiencing better days.  After months of intensive care from Children’s Healthcare of Atlanta nurses, all four babies and their parents are happily reunited at home.

Dubbed the “Quarantine Quadruplets,” Kortney posed with her four new reasons to smile, as they began their new journey together at home.