Lentravius Geer battled a difficult past to get to this kind deed. 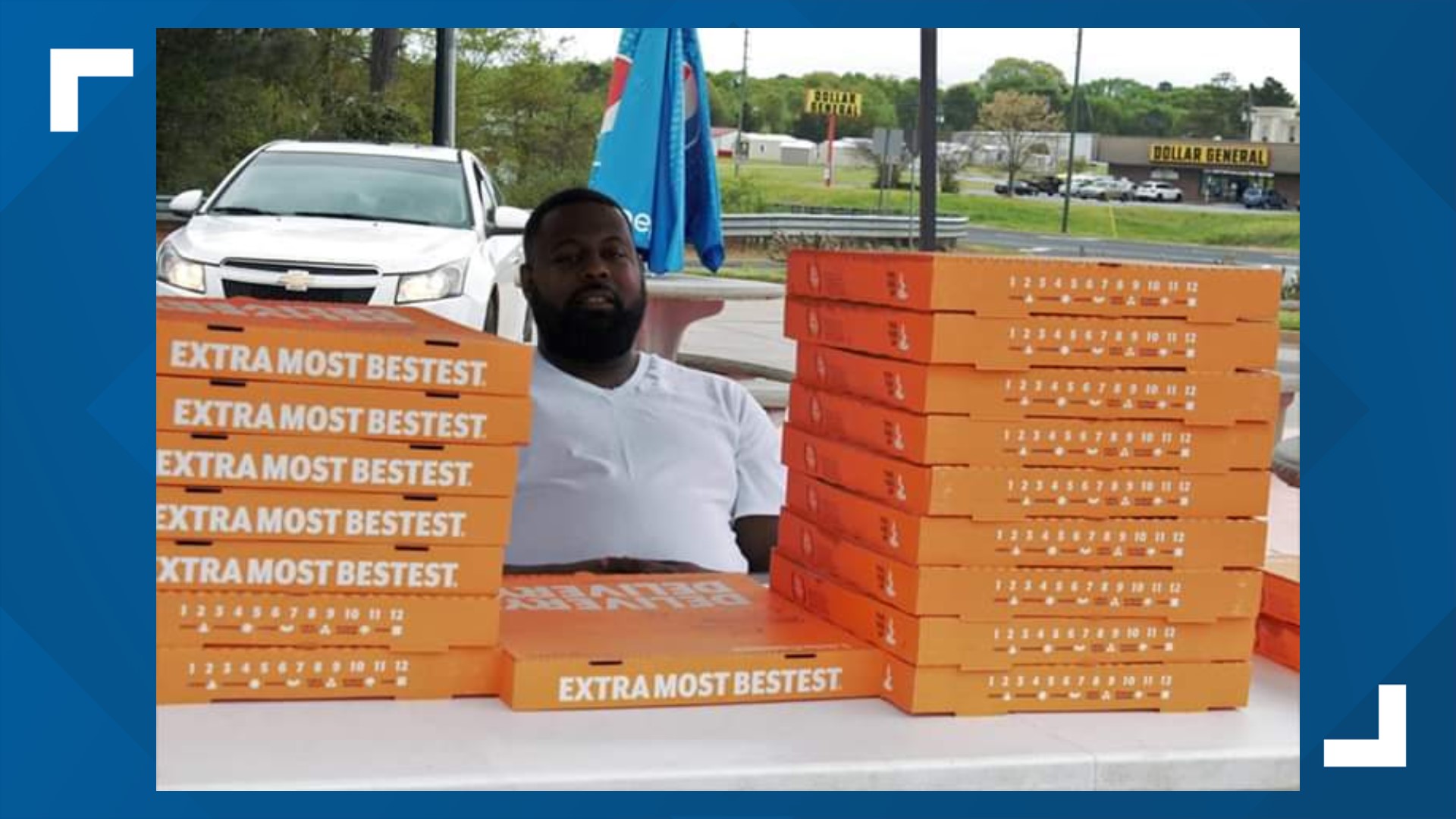 HARTWELL, Ga. — The road alone is a place for thought. Lentravius Geer drives it often.

“I was riding," he says, "and a thought hit my mind like, ‘These kids are out of school, and parents don’t have jobs.’ What could I do?”

The next day, Geer went live on Facebook from the drive-thru of a Little Caesars, where he paid for 100 pizzas.

“I’m from a place where there’s no opportunity at all," he says. “Most that did pull up, I knew them, and I kind of knew their situation.”

And many who pulled up knew his.

“I’ve been through things a lot of people come back from," Geer told 11Alive's Matt Pearl, "and if you Google my name and Clemson, South Carolina … you’ll be able to see a lot about that.”

In 2011, Geer was charged with attempted murder. He was stopped for speeding and fired shots at an officer, then fled in his car and later on foot. No one was injured. Geer was caught and taken into custody.

Geer says he had battled mental illness for years. He was ruled incompetent to stand trial, but he served 19 months in jail and underwent treatment that, he says, helped him take control of his condition.

"When you’re moving fast, you don’t know how to find your way," he said. "So God had to sit me down and get my attention. And he started speaking. And I started speaking back.”

Geer took a new road. He went to school for a commercial driver’s license, drove a concrete truck to make money, and then started the trucking company he runs today. His record – and his head – have been clean.

Seven years to the week since his release, Geer went live and raised enough money to pay for nearly 500 pizzas.

He didn’t need to know the roads of each person who came through. He knew his own.

'I've been near tears. The deal is, the bills don't stop': Private doctors struggle amid pandemic

Couple who recovered from COVID-19 sends thanks, warns others about virus

Coronavirus in Georgia: Confirmed cases spike to 8,818 with 329 deaths

Delta donates more than 200,000 pounds of food to organizations in need