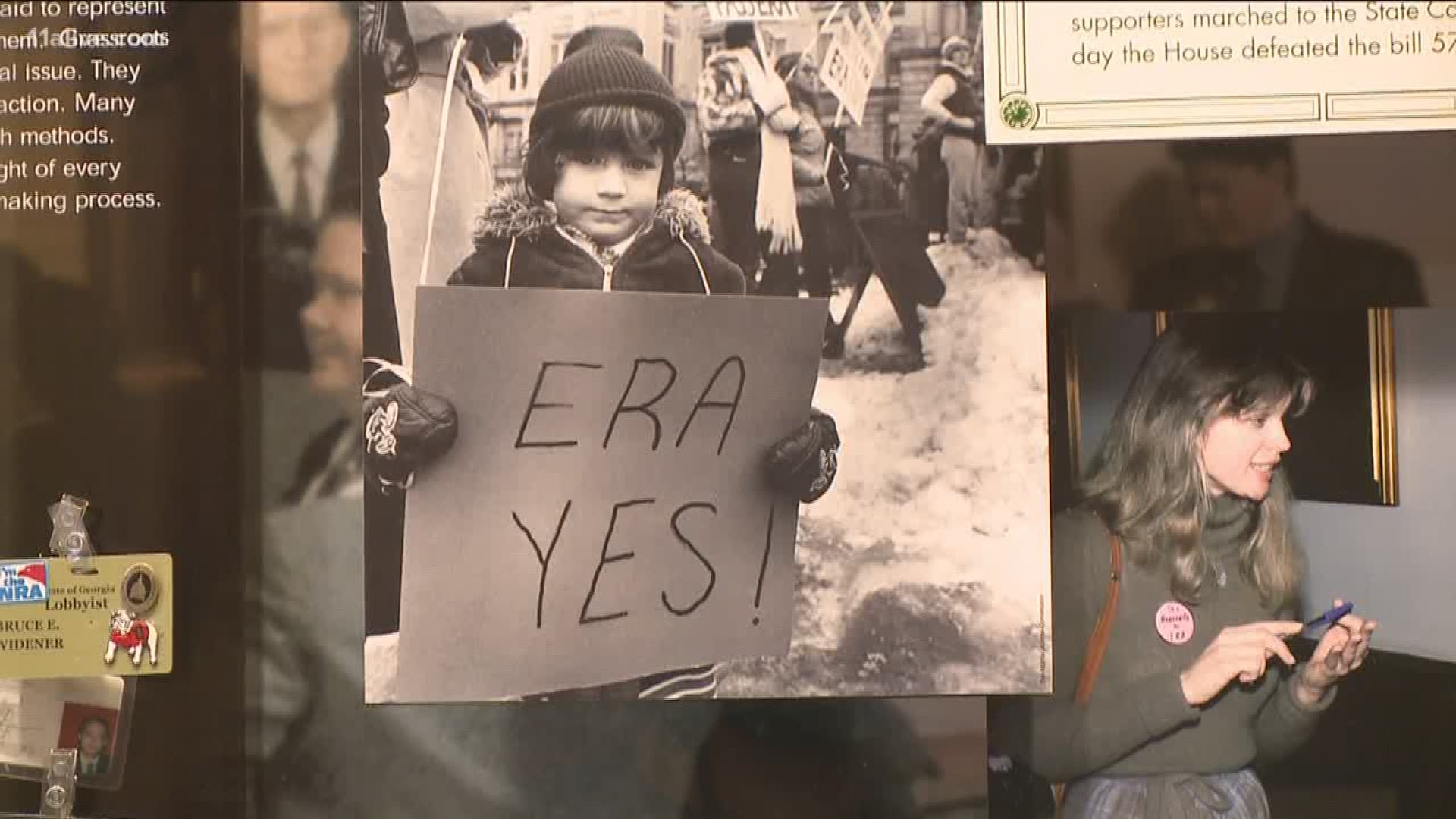 ATLANTA — A measure in the legislature that backers say would advance equality for women is getting some pushback from conservative detractors, who say it would expand abortion rights.

The Senate resolution would ratify an amendment to the US Constitution – the Equal Rights Amendment – that stalled decades ago. It is still short of the 38 states needed to ratify it. The ERA's revival is a question mark now.

On the fourth floor of the Georgia state Capitol, there is an exhibit in the museum devoted to the legislature’s failure to pass the ERA in 1982. Yet 37 years later, here it is again.

"It’s a bill that’s in play. It’s an issue that’s top of mind," said Sen. Nan Orrock (D-Atlanta), sponsor of the resolution to ratify it.

Orrock argues the Equal Rights Amendment is as fresh now as it was then. The bill flew through state legislatures in the 1970s – but stalled when a conservative named Phyllis Schlafly made a public case against it.

"This would remove and wipe out the laws of the 50 states which make the husband primarily responsible for the financial support of his wife and children," Schlafly is seen on YouTube telling Barbara Walters on NBC's Today Show in 1972.

Times have changed a bit. Women have drawn political energy from the presidency of Donald Trump. Orrock says the ERA fits just right with the times.

"The change in public opinion around women’s equality has been massive over the last decade," Orrock said. "The vast majority of Georgians and Americans believe that the equality of the sexes should be in the Constitution."

The ERA is surprisingly brief. It reads: "Equality of rights under the law shall not be denied or abridged by the United States or by any State on account of sex."

"It does not sound sinister. It sounds very friendly, very nice, just like we all agree – who wants rights abridged, right?" asked Virginia Galloway of the Faith and Freedom Coalition. "But that’s really not what the bill does."

Galloway says Schlafly was right about the ERA. Galloway and other 21st century conservatives have tapped into the decades-long energy of the anti-abortion movement to argue against the ERA.

"It actually becomes an abortion rights bill, which is not good for women, especially unborn women -  but I don’t think it’s good for any women," Galloway said.

And with that, at least one ERA co-sponsor has withdrawn his support. Republican State Sen. Matt Brass of Newnan crossed out his name last week.

The ERA’s detractors argue that the expiration date on the amendment actually passed decades ago. That's something the courts would likely decide if a 38th state ratifies it.

ALSO: New bill could force those who deface Confederate memorials to pay for damages