Police are investigating the death of a 3-year-old in the Hammond Park neighborhood of Atlanta. 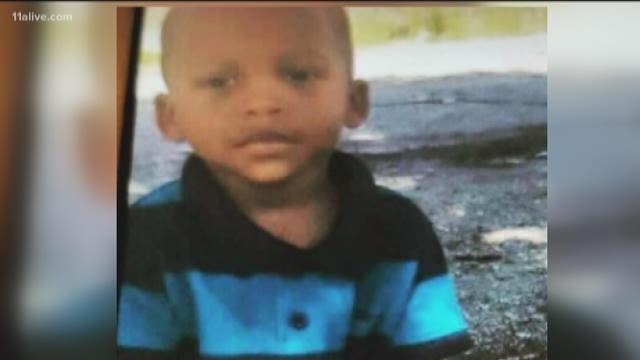 Police are launching a criminal investigation into the death of a 3-year-old that happened over the weekend after the child’s guardian said he choked on a cupcake.

According to the Atlanta Police Department, officers were called to the 500 block of Cleveland Avenue SW on Saturday, October 21, and arrived to find paramedics performing CPR on Kejuan Mason.

The boy’s guardian told police she gave the kids cupcakes to eat, and the boy appeared to be choking. She said she and another man tried to perform CPR.

The incident report states the woman then changed her story and said they were able to remove the cupcake and the 3-year-old was breathing and talking. She told police the little boy was tired and went to sleep.

Police state the woman told officers she later checked on the 3-year-old and found he was not breathing, prompting her to call 911.

The child was transported to Atlanta Medical Center where he was pronounced dead but paramedics advised police that it appeared the 3-year-old had not been breathing for a while.

Police said the house was infested with roaches. According to Lt. Carven Tyus, there were three adults present at the home at the time of Mason's death, as well as four other children, including the victim's 3-year-old twin brother. Kejuan's biological parents were not at the house.

"At this point, we will go back and we will re-interview everyone in the house," Tyus said. "We will go back and talk to neighbors again and just try and ascertain what happened to the 3-year-old inside that house.”

Neighbors of the little boy are shocked.

"It's sad because kids are our future," said Steve Chapman. "People here are shocked and overwhelmed." Neighbors also want to know why children are being placed in homes that, police report, are roach-infested.

A GoFundMe page has been set up to pay for funeral expenses.