Why state law protects housing developers rather than the people who own the homes... 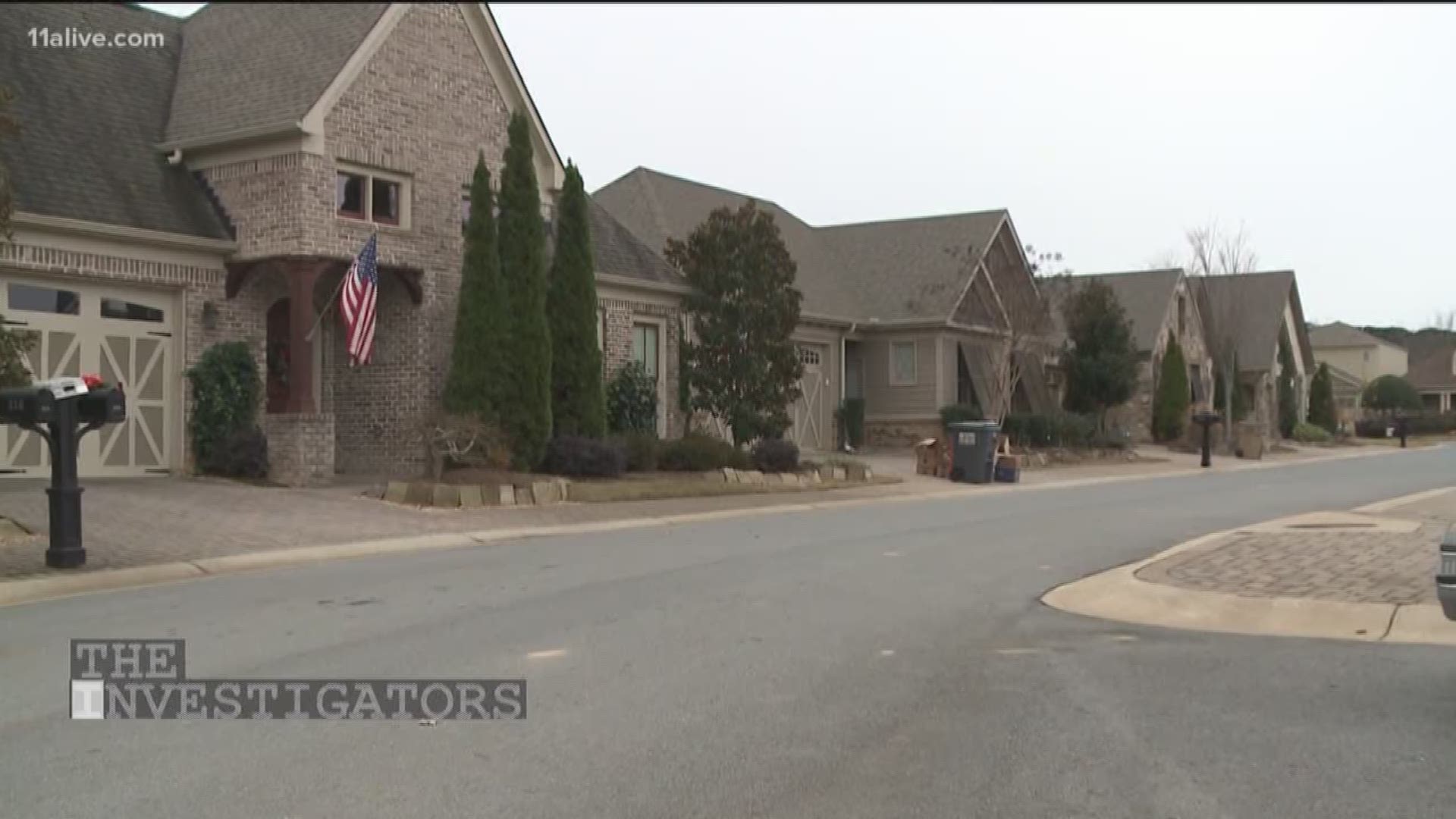 Taxation without representation! It had the early colonists so fired up, we went to war over it. Now some homeowners say it’s time once again to draw the battle lines, except this time the war will be fought in our own neighborhoods.

The problem, some homeowners say, is they’re paying thousands of dollars a year in dues to developers that don’t pay a dime or give them any say in how their communities are being managed.

In Georgia most developers craft the HOA covenants with the help of an attorney and continue to manage the HOA of the community until it’s finished being built. Covenants usually include a date when the community will be turned over to the homeowners to manage or a clause to transition it sooner if the development is built faster.

Most homeowners have no issue with that. The developer wants a thriving community so he can sell more homes.

But the intent of an HOA is to look out for the needs and home values of everyone. Homeowners in several subdivisions owned by the developer David Pearson, believe he’s only looking out for himself.

According to the covenants written for Pearson, banks, investors and homeowners have to pay dues but he as the developer, does not. That part doesn’t make some homeowners happy, but it’s not unusual. What is unusual, is that depending on the community, Pearson has given himself 10 to 20 votes for every empty lot. Actual homeowners only get one vote. So Pearson, who doesn’t pay dues, just has to hold on to a few properties to control the outcome of any vote, even after all of the homes have been built and the community transferred on paper to local control.

“It’s gotten ridiculous,” says Thomas Wilder, who lives at the Village at Towne Lake, a community being developed by David Pearson.

“When we moved into this community it had pickle ball court next door, it had a golf hole with sand traps around it and a little tee box.” But Wilder says for awhile, those amenities disappeared.

The bocci and pickle ball courts are now in the process of being rebuilt.

Wilder showed us his neighborhood budgets since he bought his home in 2006. In a little over a decade, his dues have doubled to more than $3,300, while he points out, his amenities have not.

“It makes me mad as hell and I’m tired of taking it.”

Wilder is not alone. Homeowners in three other Pearson subdivisions also reached out to 11Alive upset with the same costly circle of power. According to budget reports, homeowners in Tanglewood pay $2,150 a year in dues, despite what they call a tiny pool and no clubhouse. It’s $1,750 in Mountainbrook, where at one point the swimming pool was green.

Investigator Rebecca Lindstrom tried to talk with Pearson about the homeowner’s concerns and the structure of his communities but he never responded to her calls or email message. When confronted in person, he hurriedly walked into his office and locked the door.

If more homes were built, there would be more families to share the cost. But again, Pearson acting as the HOA board, must approve the builder and design plan.

Years ago, Bruce Hickman and his business partner say they bought a lot in Mountainbrook and several other communities around Bartow County as an investment.

All of the lots have since sold and have homes built on them except the lot in Mountainbrook. Hickman says he’s had four signed offers to buy the land, but when they contacted Pearson’s office for the information needed to build, they got no response. The deals fell through.

“So my issue is why do I need to keep paying HOA’s and taxes when I can’t sell the lot for someone to build a home on or build a home myself,” said Hickman.

Lindstrom was able to talk with one of those potential buyers, who shared an email he sent to Pearson’s office. That buyer says the email has gone unanswered to this day. Lindstrom was unable to verify the other three potential offers.

A staff member in Pearson’s office did confirm to 11Alive that there are no approved home builder at this time in Mountainbrook or Riverwood, but that future homeowners can submit their own builder’s plan for approval. She says no one has made that request. She also told Lindstrom everyone in Pearson’s communities seemed pretty happy with how their HOA was running.

There is demand for new home construction. We pulled building permits for the area.

They’re all up. But a bird’s eye time lapse of the past ten years over many of these communities, shows little changed.

Homeowners in two of the communities have taken Pearson to court, claiming a lack of transparency, poor maintenance and lack of justification for their dues. Both lost.

Corroll Driscoll, who helped found Georgia’s HOA Alliance, says the laws are not on the homeowner’s side. He’s fighting to change that.

He says first it starts with education. Homeowners need to learn to read the covenants before they agree to buy the house. They need to factor in the rules they will be expected to abide, as much as they would the quality of the school district or the area’s crime rate.

Georgia’s HOA Alliance has started offering workshops to help board members learn how to manage their communities correctly and avoid costly court battles and dissent within the community. He invites anyone who serves on a board or is having problems with their board to attend.

But he also says lawmakers and attorneys need to learn the intricacies of the laws which govern HOAs so that they can fight abuse and craft legislation that protects homeowner’s rights. Driscoll says this is his organization’s next mission, because right now there is no voice for the homeowner.