A picture of a costume spotted at Dragon Con over the weekend is angering many on social media. 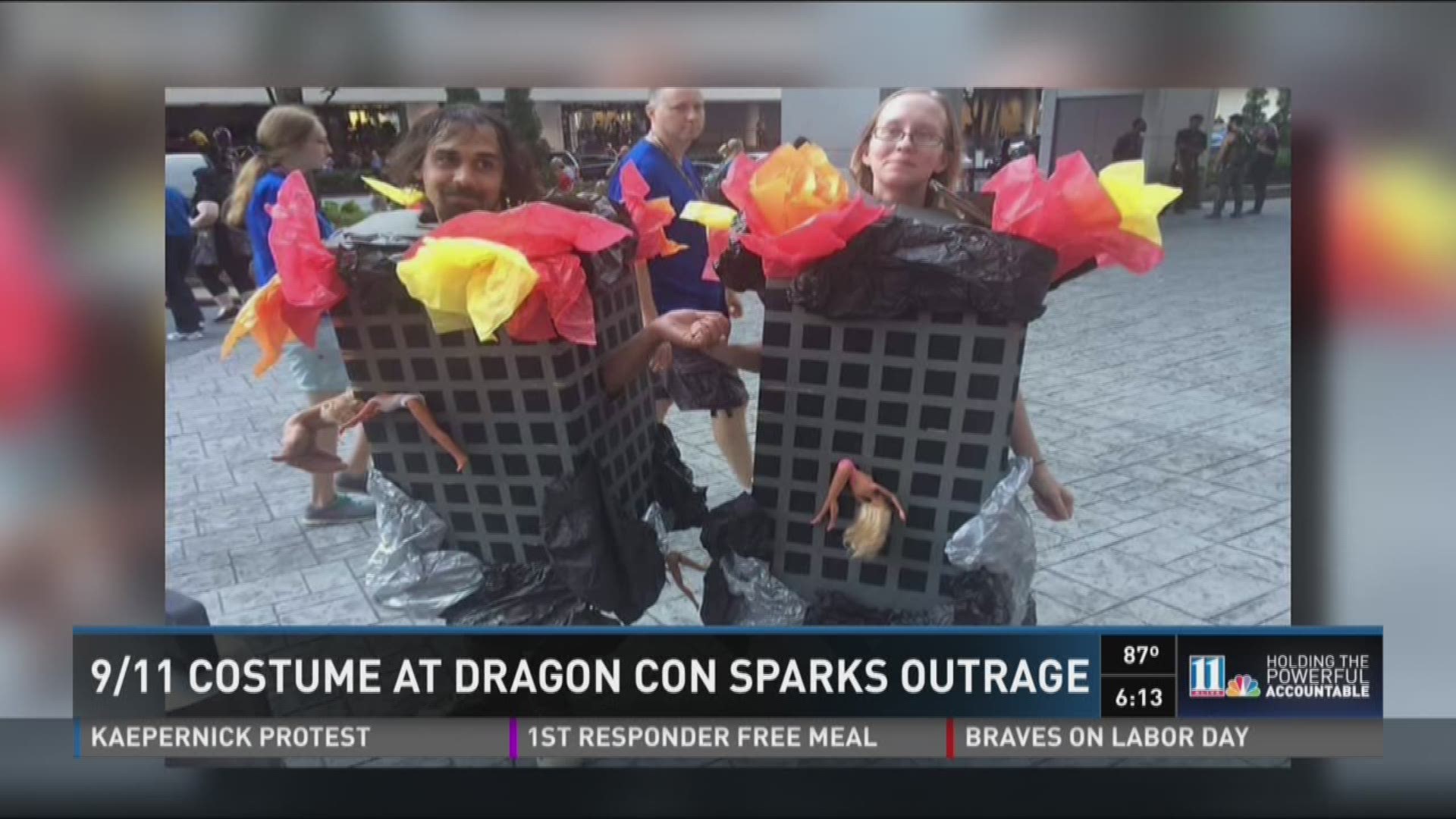 A picture of a costume spotted at Dragon Con over the weekend is angering many on social media. Dragon Con is a popular culture convention held each summer in Atlanta.

In the picture, a couple is wearing costumes that purport to depict a scene from the September 11, 2001 attack on the World Trade Center in New York. The costumes are two burning buildings that have dolls posed as though they are falling out of windows.

Several pictures are being shared on social media sites like Reddit and Twitter where many have expressed anger and disgust at the use of that moment in history for a costume. That series of terrorist attacks killed thousands of Americans and spurred years of fighting in the middle east.

Photos | A look back at the World Trade Center attack on September 11, 2001

"We became aware of these individuals in the evening and dispatched both Dragon Con and hotel security to find them, pull their badges, and escort them from the property for violating convention policies. They had apparently left the Dragon Con convention area shortly after the photographs were taken," the spokesman said.

He said it doesn't appear that the couple were official attendees at the conference.

"Based on other photographs we have seen, we do not believe that these individuals were members of Dragon Con, meaning that they had not purchased badges that would have allowed them to enter the convention," he added.