Erica Lindiment shares her plea for her daughter, Ahlora's safe return after an Amber Alert was issued. 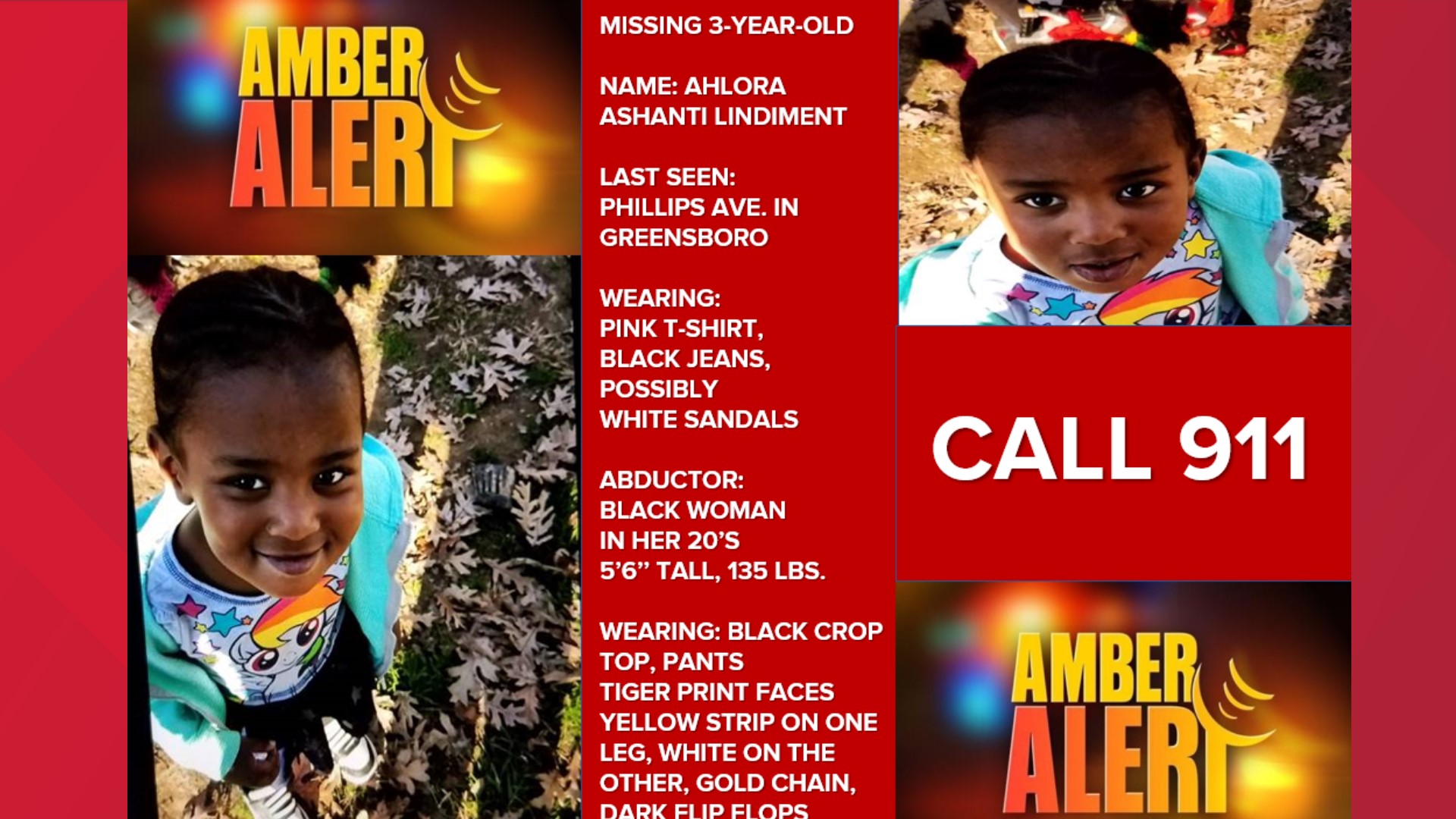 GREENSBORO, N.C. — Investigators are still looking for a missing three-year-old girl. Greensboro police and the child's mother, are asking for your help.

Erica Lindiment says she was taking a nap when she got a text from Ahlora's father saying their little girl was missing.

"I came over here that was around seven-something. The footage shows the lady was actually at the playground and playing with the children," said Lindiment.

She says none of the children knew the woman who showed up at the playground and then took her daughter. Lindiment said the woman also tried to walk out of the view of security cameras when she took Ahlora.

She said based on the description she was given she may have even passed by the woman.

"When I pulled in I initially thought I saw someone who fit that description in a gold or gray small four-door car with a son in the front seat."

Greensboro police released a photo of a woman they want to question in the little girl's abduction. They said she could have information that could help find Ahlora.

"I wonder where my daughter is and I wonder if she's okay," said Lindiment.

WFMY News 2
🚨 FLOOD YOUR NEWSFEED! Greensboro Police are reporting the abduction of a 3-year-old girl. Police are looking for Ahlora Lindiment who was abducted by a black woman in her 20's from the Phillips...

She also said, "I'm just hoping she's alive and that we find her."

Ahlora's mother growing even more emotional said, "I want my daughter back unharmed."

Credit: Greensboro Police
Greensboro Police want to question a woman captured in a surveillance photo who could have information about the abduction of Ahlora Lindiment.

When asked if she had anything else to say to the community, Lindiment simply had this message:

Missing Persons Cases: How to Report Them, Teach Your Kids Stranger Danger

These Steps Could Help Save Your Child If They Go Missing

Explainer: How Do AMBER Alerts Work?