Officials are weighing the economic impact versus the potential health risks as Labor Day weekend brings big draws to the city. 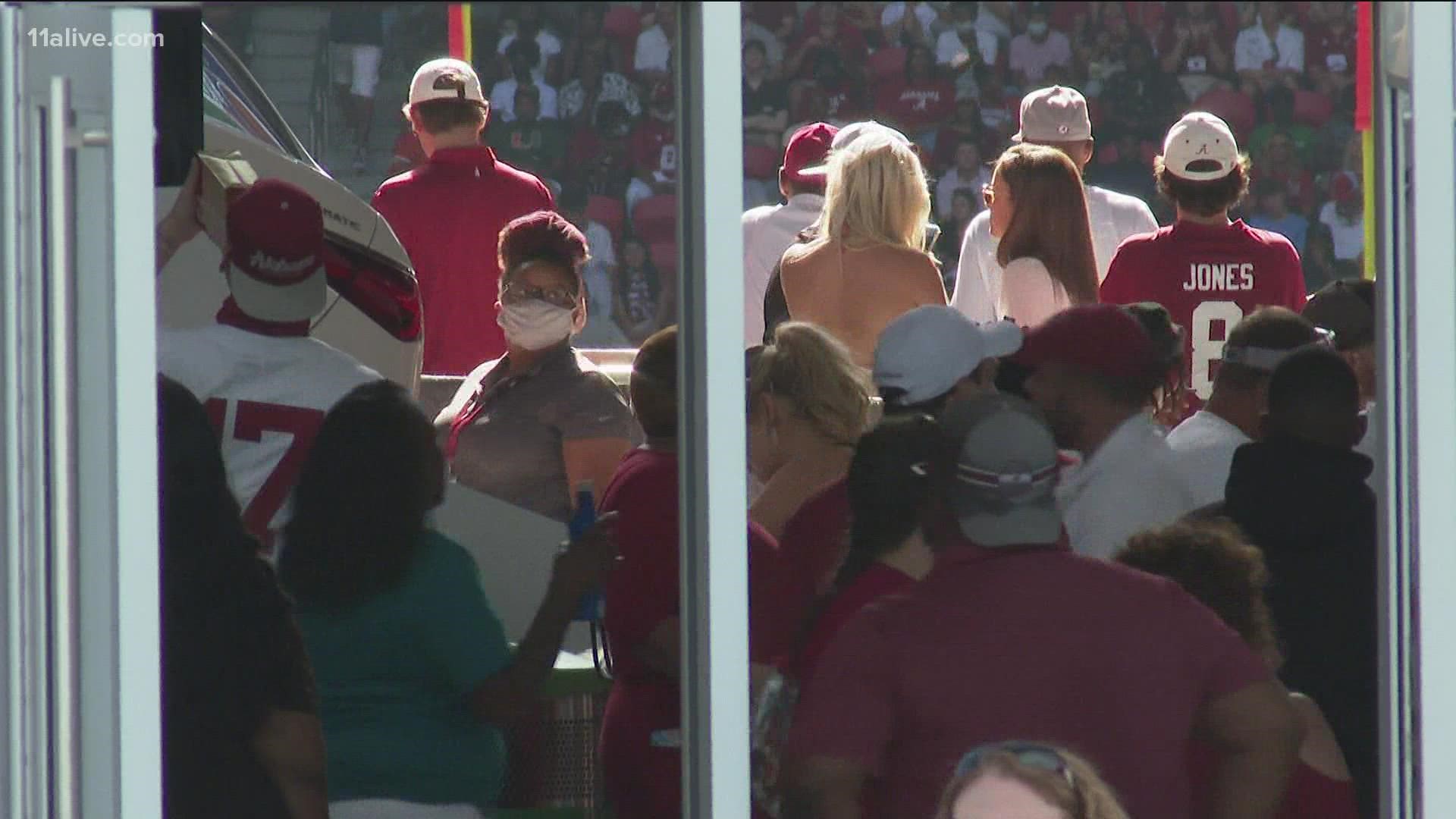 ATLANTA — The City of Atlanta is set to see a big boost to its bottom line this Labor Day weekend. Events are projected to generate millions of dollars, but health officials warn large gatherings, especially among the unvaccinated, could result in a spike in COVID cases.

"If you have large group of people gathering, particularly if they’re not vaccinated, that’s just an ideal situation for the virus to spread," Dr. Lynn Paxton, the director of Fulton County Board of Health, said. ”We know people are here. They want to have fun. I think Atlanta is a wonderful city. We have lots of outdoor things people can do. I know people want to, and should be, taking advantage of that. But they need to be doing it safely.”

Paxton worries there could be a post-holiday spike in cases and hospitalizations, similar to the numbers after Thanksgiving, Christmas and Independence Day.

“We’re quickly reaching near the same heights we saw at the worst part of the previous epidemic, which was in January," Paxton said. “When people gathered indoors, they traveled a lot, spent a lot more time with friends and family – which we have nothing against. But what happens is precautions aren’t taken. That’s when we saw a huge bump in cases.”

College football, DragonCon and a host of festivals made their in-person return to Atlanta this year with tens of thousands of people in attendance. Maggie Wilson traveled from Nashville, Tennessee to attend her first DragonCon.

“Naturally, we have some concerns," Wilson said. "But they’re at half capacity, very clear on the rules. This is the only place I’ve seen, including my hometown, where everyone is wearing a mask at all times.”

“Atlanta is the city of resurgence, and with this year’s DragonCon, we have taken the spirit of Atlanta, rebuilt and we have had a wonderful time with all our attendees and guests coming this year," Carroll said. "There’s no doubt DragonCon has a huge economic impact on the city of Atlanta. This year the real story was the emotional impact we had on our DragonCon attendees who were able to see their friends again in a safe and sane environment.”

The added economic boost is much needed for the City of Atlanta and the state of Georgia, according to Chris Clark, president and CEO of the Georgia Chamber of Commerce. He said he felt optimistic about the Labor Day weekend events jumpstarting Georgia's economy heading into the fall.

“They’re really impacting three sectors hardest hit last year: hospitality, retail and restaurants," Clark said. "Helping them to get back where they were pre-COVID, it’s critical and I think this weekend will go a long way in doing that. Georgia’s economy is recovering faster than almost any other state. We’re a much more diversified state than we were a decade ago when we had the last recession.”

Clark said the state's hospitality industry lost half of jobs  a year ago. Half of Gen-Z workers were laid off, and 41% of all black-owned businesses had closed, according to Clark. And while Clark said almost all of those metrics have rebounded, workforce and labor shortages continue to hurt the state.

“People are scared to come back to work, they’re not vaccinated," Clark said. "Those are concerns we have in the economy, but I feel better about Georgia’s economy long term and short term than I do about the rest of the country. If the Delta variant takes hold, and continues like it is right now, it’s going to hurt those sectors dramatically.”

Clark predicted it could take six to 12 months before Georgia sees a full economic recovery. He said the spread of the Delta variant could impact that timeframe.