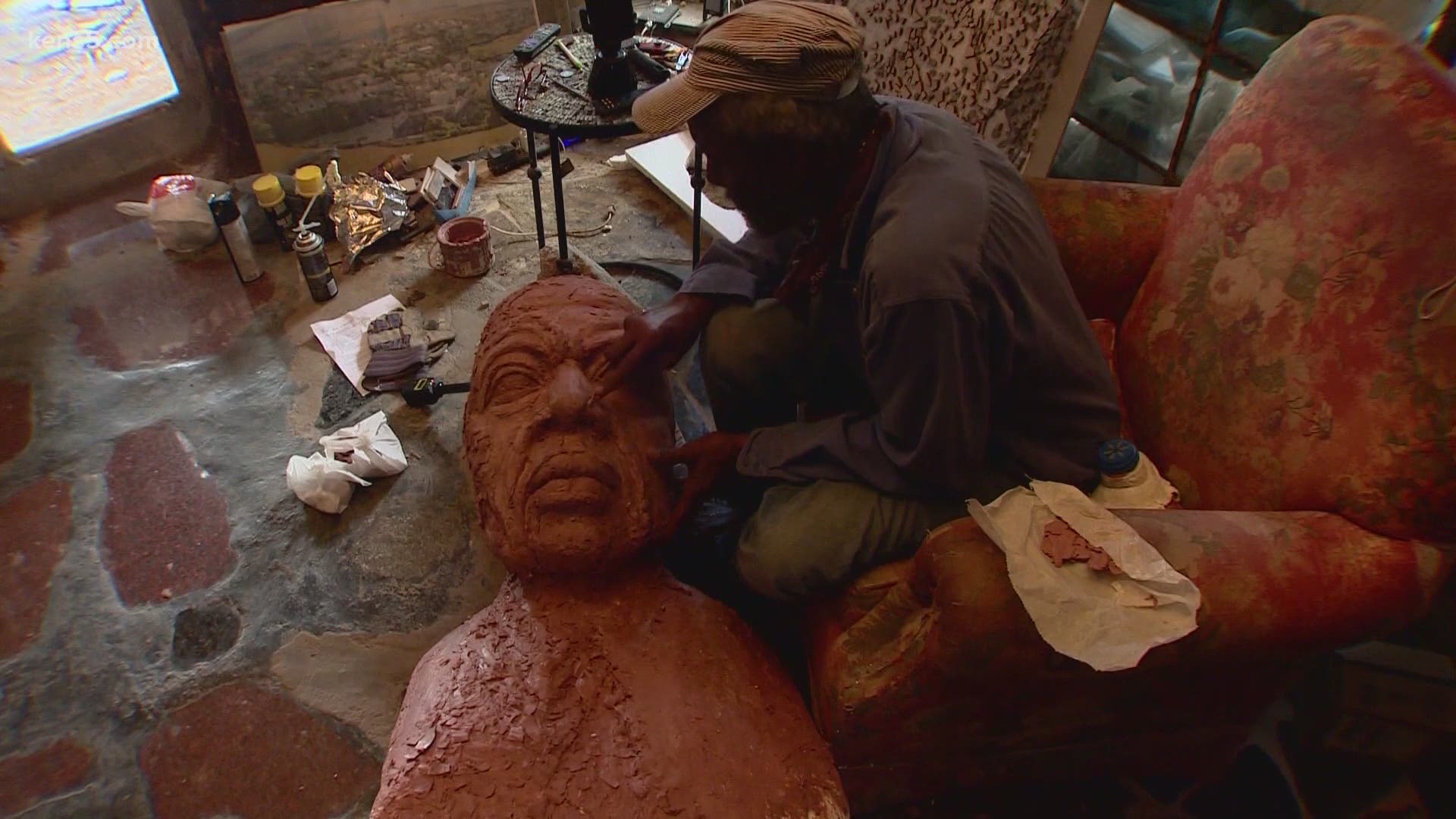 FREDERICKSBURG, Texas — Tucked away in a home that’s an art story of its own is Jonas Perkins. He generates art from his Fredericksburg hideaway as fast as the ideas can flow from head to hand.

“I started with a little piece of clay with this friend of mine, Douglas Cecile Belmont. It was his birthday,” Perkins said.

At the time, the untrained 18-year-old started to sculpt the clay into his friend’s likeness. That would begin a journey of creative projects for the Phoenix, IL native.

Perkins, who would eventually receive training, said he’d created at least one project a week since 1970. Fifty years later, he’s grabbed hold of a collection he never thought would become the subject of his talent.

The 73-year-old sculptor is working on a collection dedicated to the late John Lewis. The longtime congressman and civil rights icon died in July.

“He’s going to have his raincoat on,” Perkins said.

The collection’s marquee piece is going to be a 13-foot monument. Perkins conscientiously sculpts the features of Lewis’ face sitting in his living room. The giant head of the civil rights activist leans against his knees as a YouTube video of Lewis and the late PBS anchor Gwen Ifill plays in the background.

As Ifill questions Lewis about the 1963 March on Washington, Perkins listens to every word as if hearing for the first time.

The Hill Country artist said he’d developed such a connection to the project he hears Lewis in his sleep.

“I’m hearing the voices of the people he’s trying to help,” he said.

To be cast in bronze, the monument comes with at least five Lewis mosaics.

According to Perkins, this is a commissioned project. But it would seem he is the commissioner. The artist says he’s received materials donations from people to assist with his endeavor. He said the gifts come out of nowhere.

His goal is to get the collection to Lewis’ congressional district in Atlanta.

“The space is there. There is clay, and the desire is there.” He said.

He does not have a completion date yet.

Perkins’s local, state, societal, and academic commissions include a Spurs basketball mosaic on display at the team’s training facility, a life-sized bronze sculpture of Heidi Seeman at the former Heidi Seeman Center, and the Korean War Memorial in San Antonio.