Body found in trunk of car at MARTA station, Identified

Police are investigating after a body was found in the trunk of a car at MARTA station on Tuesday. 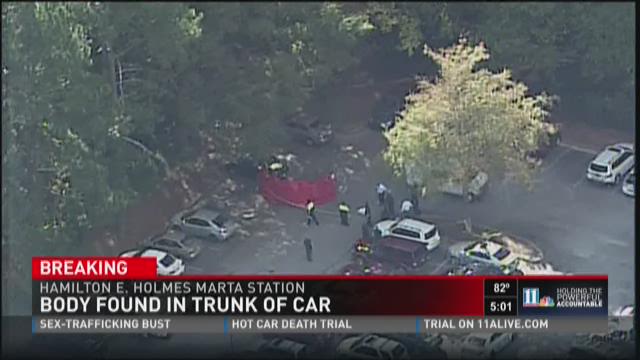 ATLANTA -- According to authorities with MARTA Police, the deceased victim found at the H. E. Holmes Station on Tuesday, has been identified as 33-year-old Christopher J. Dean. Authorities said the man was a resident of Lithia Springs.

Police are still investigating after Dean's body was found in the trunk of a car at MARTA station on Tuesday.

Officials said, the investigation indicates that Dean was killed at another location and transported to the MARTA parking lot and abandoned with his vehicle.

Police said this is still an active investigation, and anyone who may have information should contact MARTA Police 404-848-4911.