Clayton County K9 Officer Odin is out of surgery and will need lots and lots of rest. 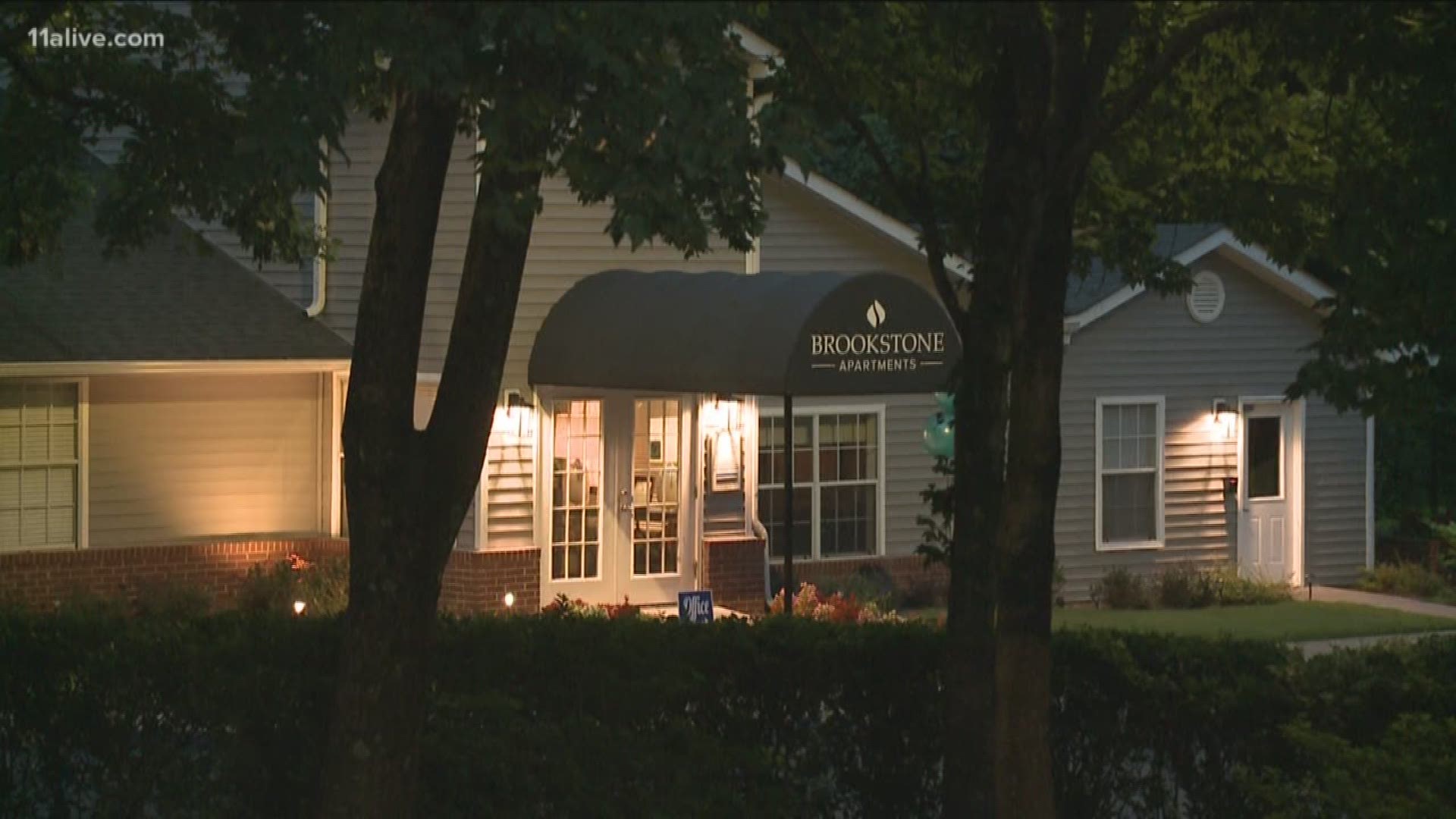 COLLEGE PARK, Ga. -- A Clayton County K-9 officer was stabbed Sunday during the hunt for a murder suspect.

Police responded around 9:30 am to reports of a shooting in the Brookstone Apartments on Garden Walk Boulevard.

Officers entered the apartment where the shooting was reported to have happened and found a woman who had been shot several times, lying on the floor. Police said the woman, later identified as Amber Wilson, was dead on the scene.

Investigators determined the shooting was the result of a domestic dispute. Wilson, an Irwin County detention officer, had gone to the apartment, along with a family member, to retrieve some personal items from the apartment. Police said the victim had gotten into an argument with the suspect, since identified as Randy Young, prior to them breaking up and her decision to move out.

According to the victim’s family member, Young confronted them after they got to the apartment. Young allegedly brandished a handgun, and then allegedly shot the woman.

Police said Young then fled the residence to another location. Police tracked and located him about five hours later in a wooded area near Allen Drive in Riverdale.

During the manhunt, Clayton County K9 Officer Odin was deployed and upon finding Young, was stabbed twice, in the neck and jaw. Police were then able to subdue Young and take him into custody.

Police said they found a gun and the knife used to stab the dog on Young.

Odin was taken to a local animal hospital where he underwent emergency surgery. Late Sunday afternoon, police said he was out of surgery and will need lots of recovery time.