Oversized paw prints and sightings of an oversized cat have several residents wondering: What's lurking in the banks of a local river? 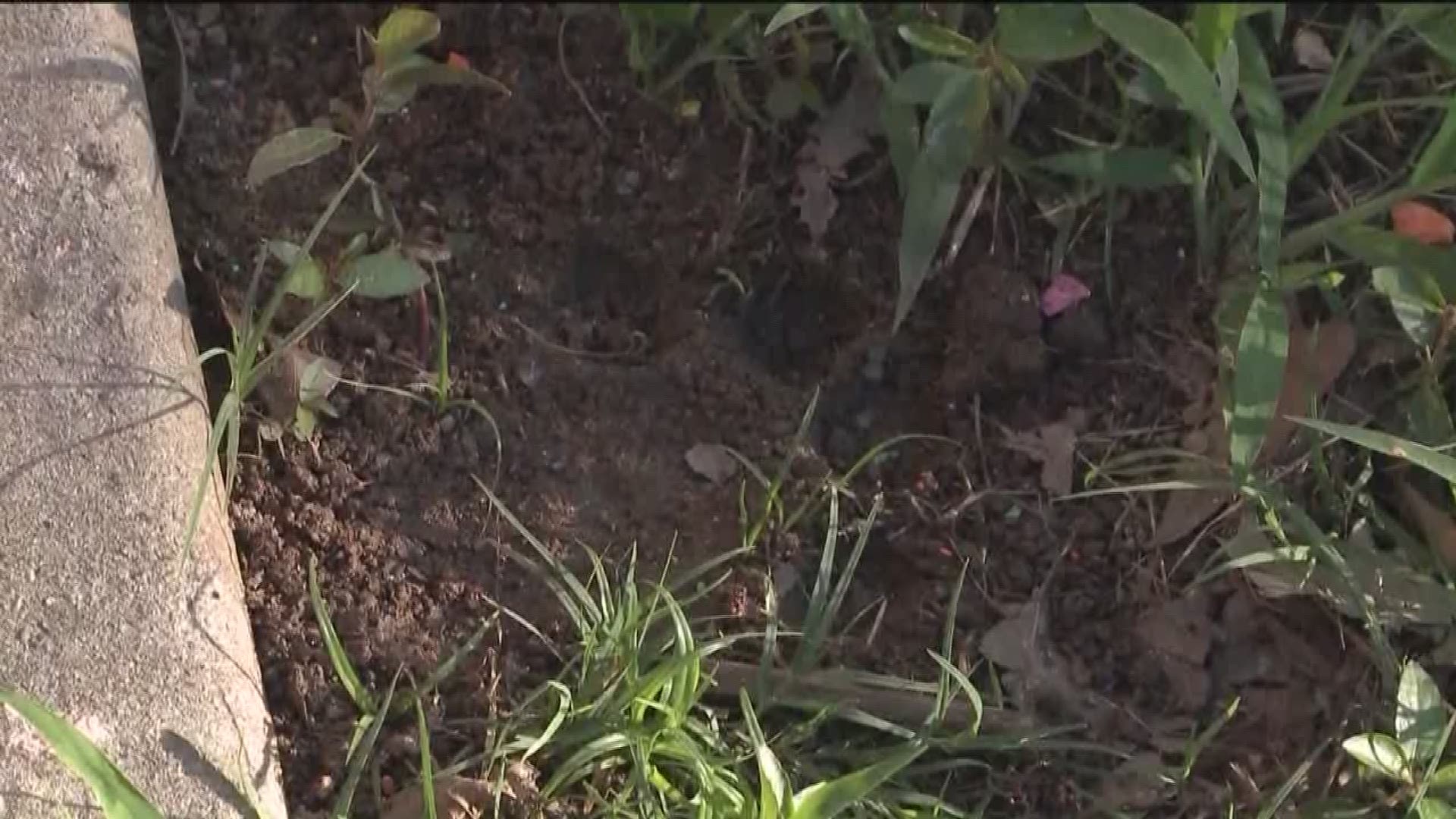 COVINGTON, Ga. -- Over-sized paw prints and sightings of an over-sized cat have several residents wondering: What's lurking in the banks of a local river?

Neighbors near the Yellow River in Covington are sharing pictures of a giant paw print of a mystery cat, and according to residents there, it doesn't seem to be afraid to get close to people.

"It's like a woman screaming! That's what it sounds like in the woods -- at nighttime," said Haley Downey.

Downey said she now thinks she has an image to go with those sounds. Two weeks ago, the Covington homeowner said she was in the driveway with her four small children when she saw the animal, something she said looked like a mountain lion or a cougar.

"All I saw was the head and the front of it, and it started walking," she recalled. "It didn't even mind that we were here, and just stopped and watched us."

Downey said she quickly grabbed the kids and went inside.

Downey's husband Taylor didn't really believe that the cat was as huge as it was until he saw proof of it himself while hiking in the woods behind their house last weekend.

"I think it's a mountain lion," Taylor said. 'The way it was built -- I know what a bobcat looks like. It wasn't a bobcat."

And then there's the paw prints themselves, found right next to their garage.

"It was like looking at your forearm," Haley exclaimed.

Haley said she called the Department of Natural Resources out of concern for the kids and pets who play in the area, but didn't make much progress.

"They told me that unless the cat came up and physically attacked me or my children they were not going to do anything about it, and I was not allowed to touch the cat, or they'd put me in jail," she said.

Haley said they're now keeping their kids inside and have since learned other neighbors have spotted the same thing -- an apparent large mountain lion.

While it's unusual for people in Georgia to spot mountain lions or cougars, it's not completely impossible. Cougars, which are a protected species, are known to roam in the Blue Ridge Mountains in the eastern United States and in extreme northwest Georgia. Mountain lions are even rarer, and the closest population to Georgia is the Florida panther near Lake Okeechobee.

Last year, local authorities warned residents in Lafayette, Ga. of a possible mountain lion in the area. Several residents reported hearing a sound of a "woman screaming in pain," similar to the sound Haley reporting hearing. Wildlife biologists in the area searched the area for tracks back them, but found no solid evidence of the wild cat.

11Alive's reached out to the DNR to find out whether they've received calls about the possible mountain lion and what their protocol is to deal with this sort of situation. They've not sent a response yet.