Jamarion Robinson was shot at least 59 times at his girlfriend's apartment in 2016. 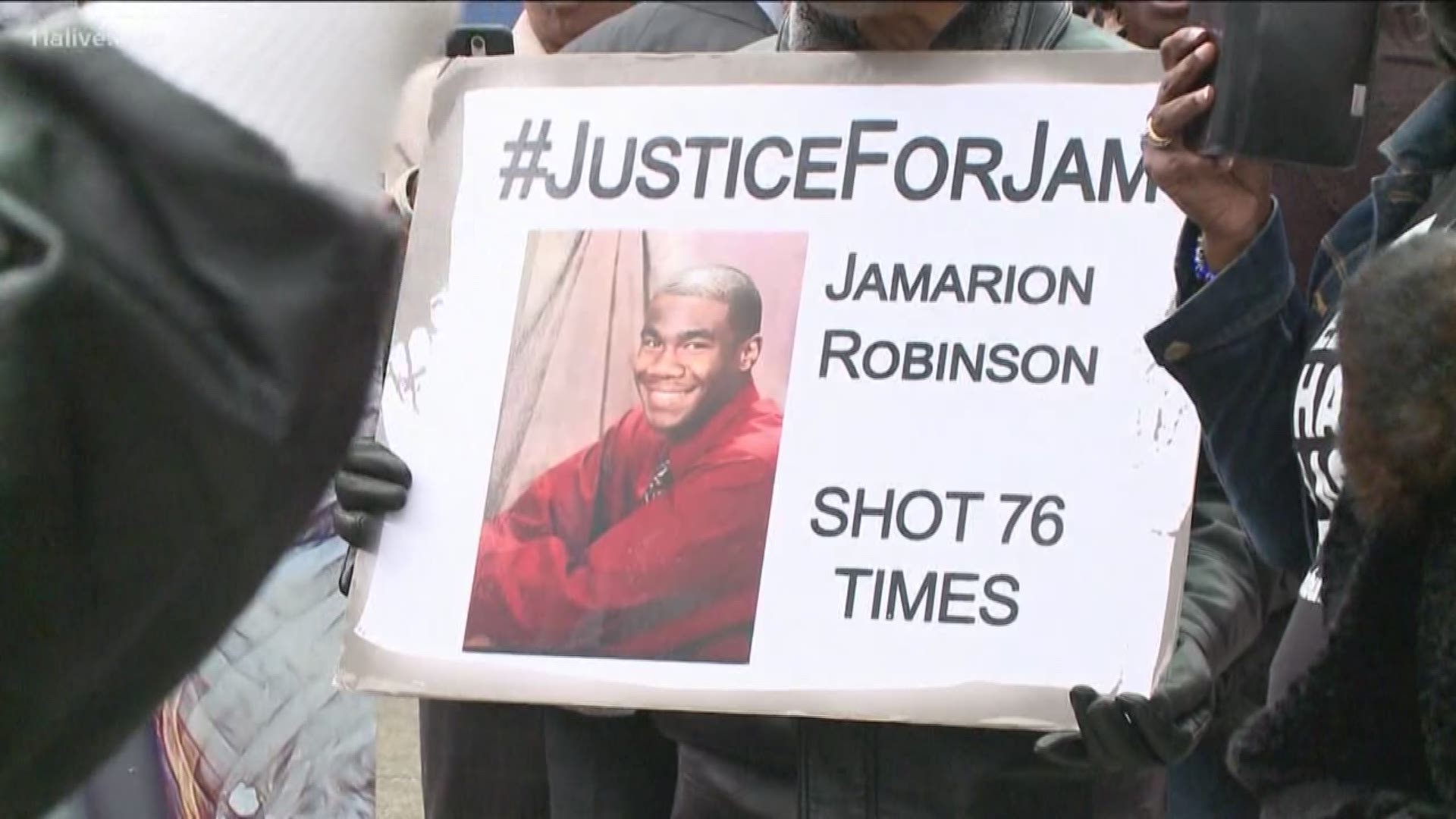 Fulton County District Attorney Paul Howard plans to file a lawsuit in response to the controversial deadly shooting of 26-year-old Jamarion Robinson, who was shot at least 59 times.

Howard says the U.S. Department of Justice has failed to provide requested information about the 2016 case. His next step is to file a civil lawsuit against the agency.

Robinson was shot at an East Point apartment by a fugitive task force made up of local law enforcement and at least one United States Marshal.

Police say they went to his girlfriend’s apartment with several warrants for his arrest. His family says when he didn’t answer the door, police broke it down and opened fire.

According to her lawsuit, police knew Jamarion had been diagnosed with schizophrenia and had not been taking his medication. When the team knocked on his girlfriend's door and Jamarion failed to answer, they entered and fired sub-machine guns and pistols.