Gas stations begin to close as gasoline runs out

On Tuesday, there was a scattering of gas stations starting to run out of gas in metro Atlanta, with others stations capping what you can pump to avoid shortages. 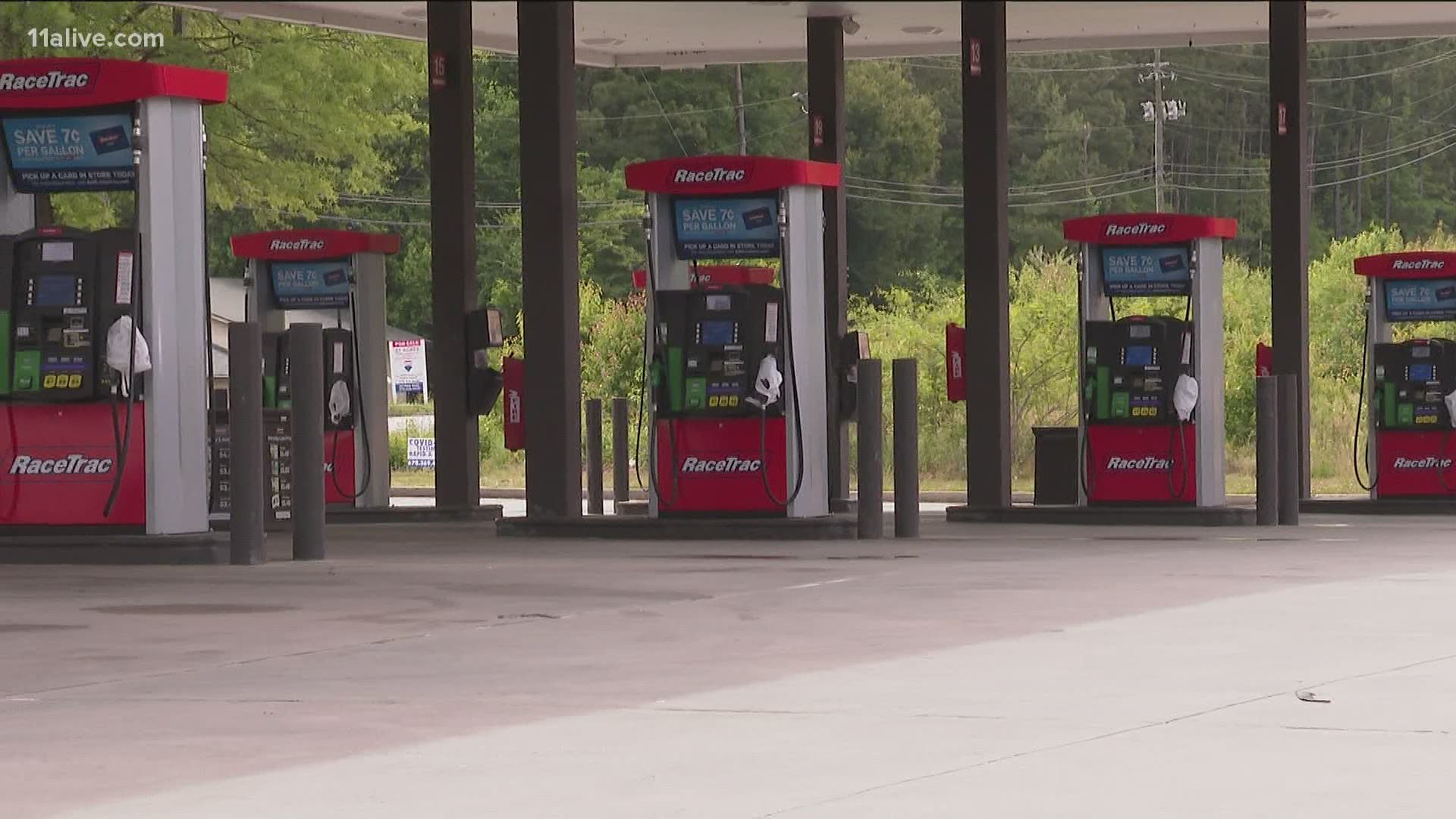 ATLANTA — One of the biggest pipelines in the county is hoping to restore the majority of its service by Friday, after a cyberattack shut down operations.

On Tuesday, there was a scattering of gas stations starting to run out of gas in metro Atlanta, with others stations capping what you can pump to avoid shortages.

The average price on Tuesday appeared to have gone up by about 10 cents or so since Monday, but the experts at Gas Buddy said the uptick isn’t because of the Colonial Pipeline closure; it’s because the economy is recovering from the pandemic.

Drivers who stopped to fill up at an Exxon gas station in Old Fourth Ward were greeted with bags over the pumps.

RELATED: Where are the gas shortages in my area?

“There’s no gas, nowhere. I’ve been looking everywhere for gas,” said Stephon McIntosh, who stopped by for gas without luck.

Just as anxious as these drivers is the manager, Raton Das.

He bagged up the pumps Tuesday morning after his gasoline delivery didn’t show up. He said he was told there’s no timeline on when it’ll be replenished.

“This is the first time this is happening to my gas station in Atlanta,” he said. “The store’s open because I have to sell groceries but that’s all I’m doing right now. I cannot close my store because I have to pay my rent.”

Das’ gas station is among about 5.8% of stations statewide experiencing a “gasoline shortage”, according to Gas Buddy as of 4:00 p.m. Tuesday.

Governor Brian Kemp, on Tuesday, announced he’s suspending the state gas tax through Saturday to try to keep prices in check. His order also prohibits price gouging at the pump.

“They are saying this is going to be a short-lived problem. You don’t need to go out and fill every five gallon can you got,” said Governor Kemp.

“I think it’s just a matter of days. I think there’s a lot of people who are just rushing to get gas and that’s why we’re seeing this shortage,” said Alencar.