It’s a small city in the South that pays city workers a guaranteed $15 minimum wage, gives its employees a paid day off to vote and passed the most liberal marijuana ordinance in the state of Georgia.

Next, it could give all residents the right to vote in city elections – even if they aren’t a U.S. citizen.

“We’re not talking about illegal immigrants or undocumented immigrants. We’re talking about law abiding permanent residents who have green cards and who were vetted to come to our country,” said City Council member Awet Eyasu.

SOUND OFF: Do you think it's OK for non-citizens to vote in local elections? Vote here.

The 2014 U.S. Census reports more than half of the city’s population is foreign-born. In the past two decades, Clarkston has welcomed more than 3,000 refugees from Syria, Liberia and other war-torn countries.

“I think if any city in the country has a case to make for allowing all residents to vote in local elections, it’s Clarkston,” Mayor Ted Terry said. 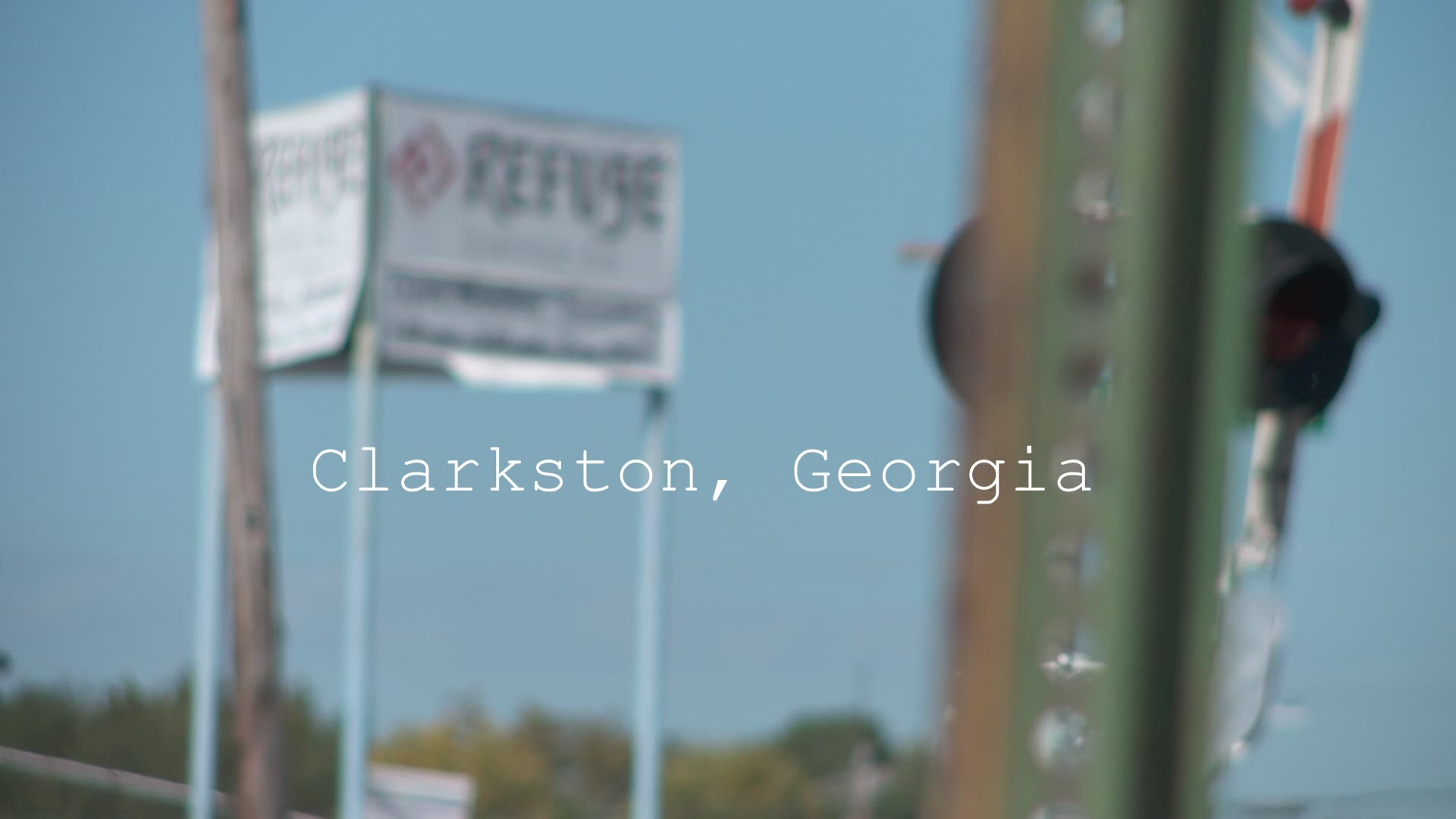 City Council voted unanimously to launch a study exploring the idea of allowing all residents to vote in municipal elections for city government positions.

“They’re already on this pathway to citizenship. We have a system set up where a vast majority of people who are going to be here for a temporary stay aren’t being represented and are not fully being able to participate in their democracy,” Terry said.

Most of the people who resettle in Clarkston from other countries stay fewer than the five year residency requirement to apply for U.S. citizenship. They often move elsewhere in the United States, without participating in local government.

Terry argues denying them the local vote is “taxation without representation.”

There’s an educational aspect to the plan.

“(Refugees have) been resettling here for 20 to 30 years. If we can help refugees understand democracy and be able to vote, when they do become citizens they’ll be more informed or more involved in choosing the way the country goes,” explained council member Dean Moore.

There is an arguable precedent to expand voting rights based on how other cities interpret state constitutions. For example, 16-year-olds have the right to vote in city elections in Tacoma Park, Maryland.

Georgia Secretary of State Brian Kemp does not consider the expansion of voting rights to non-U.S. citizens a possibility.

“I think people have a lot of different opinions about who they might want to vote, but that has nothing to do with what the Constitution and the current laws on the books in the states say,” Kemp said.

“This is going to be a battle of Constitutional scholars,” Terry argues. “You have some scholars who will say the state Constitution declares you can’t do it. Others will say the Federal Constitution has the 14th and 15th Amendments, one of them being equal protection under the law and not discriminating because of race ethnicity or religion. So I think there are Constitutional arguments that people are making. Open up this opportunity to be a laboratory of democracy.” 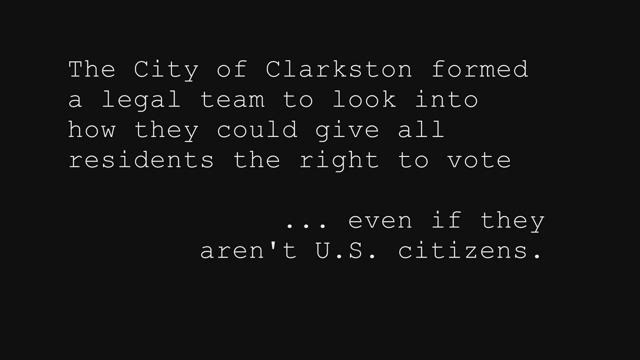 Already, Clarkston has been a laboratory of cultural integration for decades, hosting immigrants from dozens of countries.

“Refugees are looking for safety. They are looking for a place to call home. Clarkston has become that. I think the majority of Americans see refugees as an asset to our community and a way that we can learn from other cultures,“ said Julie Goldberg.

Humans of Clarkston : Inside the most progressive city in the South

Humans of Clarkston : Inside the most progressive city in the South

1 / 12
Malek and his family came to Clarkston as Syrian refugees.“I’m most excited about completing my education.”

Birendra Dhakal moved to Clarkston to seek asylum from unrest in Bhutan.

Dhakal ran for city council twice. He didn’t win, but serves his community by teaching citizenship classes at the community center.

“When I moved to Clarkston, it is kind of an international community, so it’s easy to go around everywhere. They welcome you. This has been a blessing to me, and I’ve considered this my home,” he said.

The influx of residents from other counties has changed local businesses.

Thriftown, the largest grocery store in Clarkston, hires cashiers that can speak different languages and serve as interpreters for customers. It sells items based on the needs of an international community.

“We see the refugees picking things on the side of the road. It looks like weeds, we buy the stuff and sell it. We sell a ton of whole lambs, whole pigs, goats, as opposed to T-bones, rib eyes, things of that nature,” said owner Bill Mehlinger. “We have a Bosnian section, Asian section, we have a section for the Burmese and the Nepalese and now were working on Syrian foods.”

Of the city’s more than 12,000 residents, only about 500 people voted in the last major election in Clarkston.

“They’re not afraid of democracy, but they don’t know how to embrace it. They just don’t have the culture of how to get involved. These people are newly arriving immigrants focused on how to take care of their children, how to send them to the best schools, how to make sure their children are safe and how do they put food on the table,” Awet Eyasu said.

Eyasu moved to Clarkston fourteen years ago, trading a dictatorship in his home country of Eritrea for democracy in United States. Recently he won a seat on Clarkston’s City Council.

“I’m the first Eritrian-American to be elected in any office, unless there’s somebody hiding somewhere in America,” he said.

Eyasu believes the council’s recent stance on an increased minimum wage, the Election Day paid holiday, decreased punishment for marijuana possession and its exploration of all resident voting could affect people beyond Clarkston city limits.

“Hopefully, it will inspire cities around us, and it also will inspire the whole country and if Clarkston, a small town of 1.4 miles can do it, I believe definitely America can do it too. In a way we are just making a statement, a small statement to our elected officials throughout this great country,” Eyasu said.

The City of Clarkston has formally launched a legal committee to explore the idea. Before this idea can become a reality, a motion would have to pass City Council and the city would have to overcome any legal challenges. If adopted, all resident voting could double the amount of people in Clarkston eligible to vote in the 2018 election.

PHOTOS: Ordinances that have changed Clarkston

Ordinances that have changed Clarkston

See a sneak peak of what the creators of They The People are producing next! Charlie Foxtrot is set to premiere on November 4.