A hit-and-run crash nearly killed her. Months later, she celebrated her 31st birthday

The driver who hit her and two other people has still not been caught. 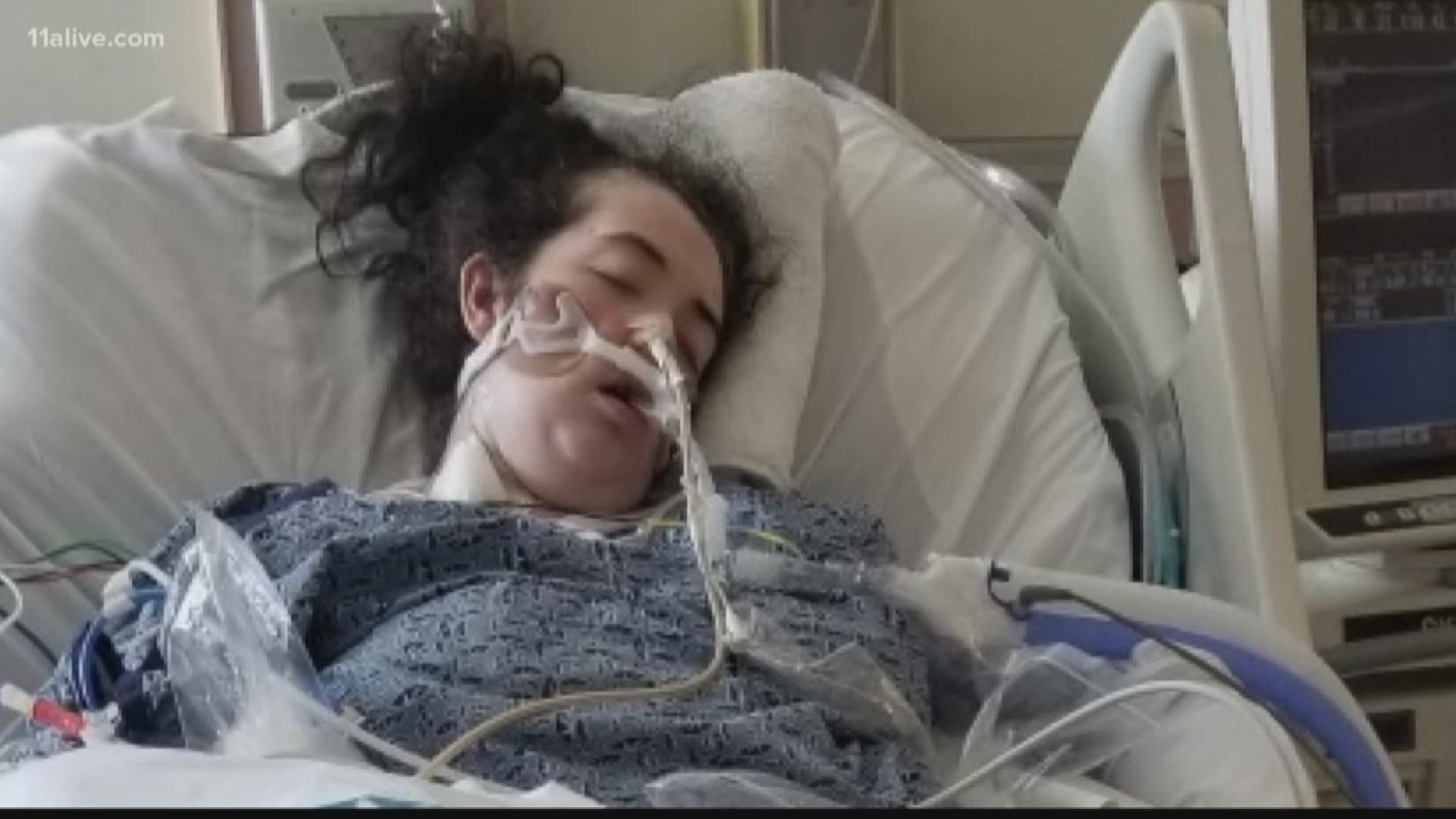 SANDY SPRINGS, Ga. — Imagine one minute you’re living your life and then, in a second, you find yourself struggling to put it back together.

For her, that second happened when someone slammed into her car back in April. She was in a coma for 35 days; laying in Grady Memorial Hospital with multiple injuries.

“Broken arm, a broken leg, they took out my spleen,” Smithwick said.

The crash left her with a brain injury. Even after months of physical therapy, she still has limited mobility in her arms.

It’s been eight months since Smithwick crashed her car into another car on I-285 Eastbound near Northside Drive in Sandy Springs just after midnight. The collision caused Smithwick’s car to explode into flames. Luckily, a good Samaritan stopped and put out the fire, saving her life. But, as this was happening, a fourth car slammed into all of them.

The driver of the fourth car took off.

“She’s the sweetest person I’ve ever known in my life,” said her former boss and father figure, Bill Brown. “She’s like my own family, my own daughter and for something like this to happen - to happen to anyone, to any human being - it’ll move you.”

Brown decided to host a birthday party at his restaurant - there, in Brookhaven where Smithwick used to work. She turned 31 in early December and has made progress to recover from her injuries.

But, as Brown lights the candles on her cake and gathers everyone around to sing Happy Birthday to her, he can’t help but think about the person who nearly killed her.

The driver was in a dark blue Ford Mustang, possibly the 2009 model according to a witness. Smithwick’s attorney, Bill Evans, said the person momentarily stopped but didn’t stick around to face the consequences.

“Then, went 100 yards down the road, stopped and kept on going,” Evans said.

He added that doctors were unsure of Smithwick’s future in the first few days after the crash.

“There were times we did not think whether Jeannie was going to make it,” Brown said.

She did make it. And she was more than grateful to blow out birthday candles with her family and friends surrounding her. She doesn’t remember a lot from that day and, while she wants the person responsible caught, she doesn’t like to think about it too much.

Smithwick is looking forward to gaining more mobility, getting back to work and her friends. Her next big goal is to dance to her favorite electronic music once again.

According to Evans, the Mustang would have had major damage to the front and possibly the side of the vehicle.

Police continue to search for that Mustang that left the crash scene. Anyone who has information on the driver is asked to call the Sandy Springs Police Department at 770-551-6900.