The victim had just come home from his evening shift at work when he was shot and killed on his front porch. 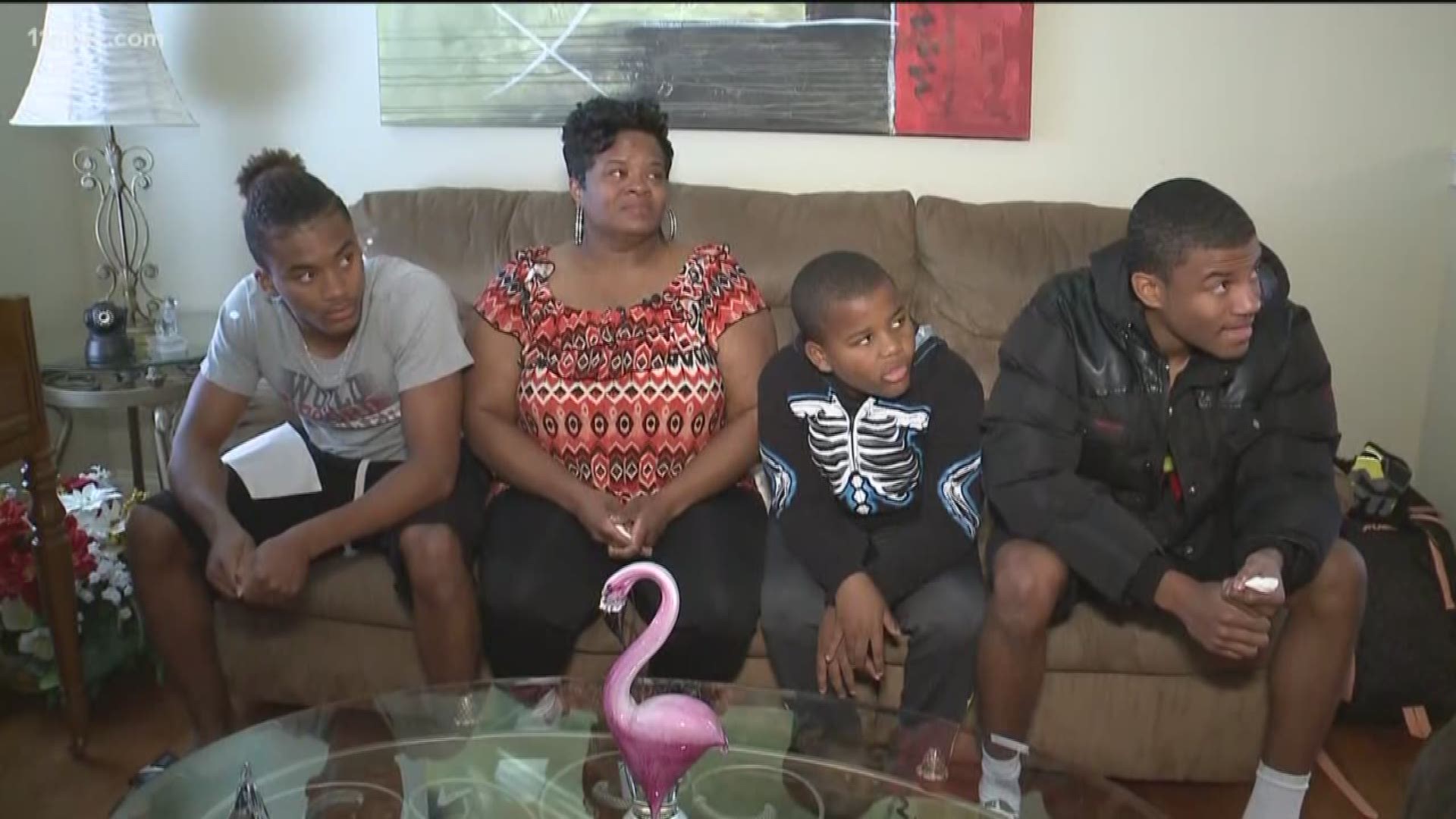 BUFORD, Ga. -- Gwinnett detectives are investigating after a security worker was shot and killed on his front porch early Friday.

Police said the victim was coming home from work after a late-night security shift when he was shot. He hadn't even come in the door when family members inside said they heard gunshots.

The crime happened on Montauk Hill Drive, a residential road off of Hamilton Mill Road and Ridge Road - and not far to the east of Buford, Georgia.

Family members identified the victim as George Young, 43, a father of three children: ages 8, 13 and 17. His wife of 22 years, Tia Young, along with her mother, brother and the children were home at the time of the incident.

Young's family revealed that a house key was found inside the lock but it was not turned. Young had been working security at Lenox Mall for a performer that evening.

“I heard two loud gunshots. At first, I didn’t, I thought it was gunshots but I wasn’t sure what it was. I didn’t know if it was firecrackers, so I ran to my brother’s room, he wasn’t in there," Tia Young said. "And then I remember he was downstairs on the laptop. So I ask him, did he hear that noise? He said, 'Yeah it sounded like two gunshots.' So he says, 'Well let me go upstairs and get my gun because I don’t have a weapon,' neither did George. So he went to the front door as I stayed upstairs. He ran back upstairs and said I need you to call 9-1-1 ASAP. So, of course, I start panicking, because I didn’t know George was home. So I said, why. And he said, just call 9-1-1. I said, what is it? Was somebody shot? He said, yes. And I said, who? And he said, George.”

Young had said she called 9-1-1 but when asked to check to see if her husband was still alive, she could not bring herself to do it, so her brother went to check for her. Young's brother said from what he could see, George had suffered gunshot wounds to his head and chest.

Her brother attempted to perform CPR on her husband to revive him, but it was too late.

"He was a really good guy," Tia Young said. "Everybody loved George."

When asked about how he was as a father, Young said that George was "a great dad. He loved these boys. He lived and breathed for these boys."

"He worked a lot. George worked anywhere probably between 60-70 hours a week. He was a very hard worker but he always made time for the kids."

Young has his own personal business but had a second job with Strickland Security and Safety Solutions LLC, also.

The family is unaware of Young knowing anyone who may have wanted to harm him. They also revealed that their security camera system was broken and Young had been talking about fixing it with his son.

According to police there have been no significant reports or calls made within this home in the past year. Family members remained on the scene to meet with investigators and no suspects have been identified at this time.

If anyone has information to share about this incident please contact Gwinnett County Police Department detectives at 770-513-5300. If you wish to remain anonymous, you can contact Crime Stoppers at 404-577-TIPS (8477) or visit www.crimstoppersatlanta.org.

Homicide Update: Here is the latest on the homicide on Montauk Hill Drive. pic.twitter.com/7mI1G0y0ws