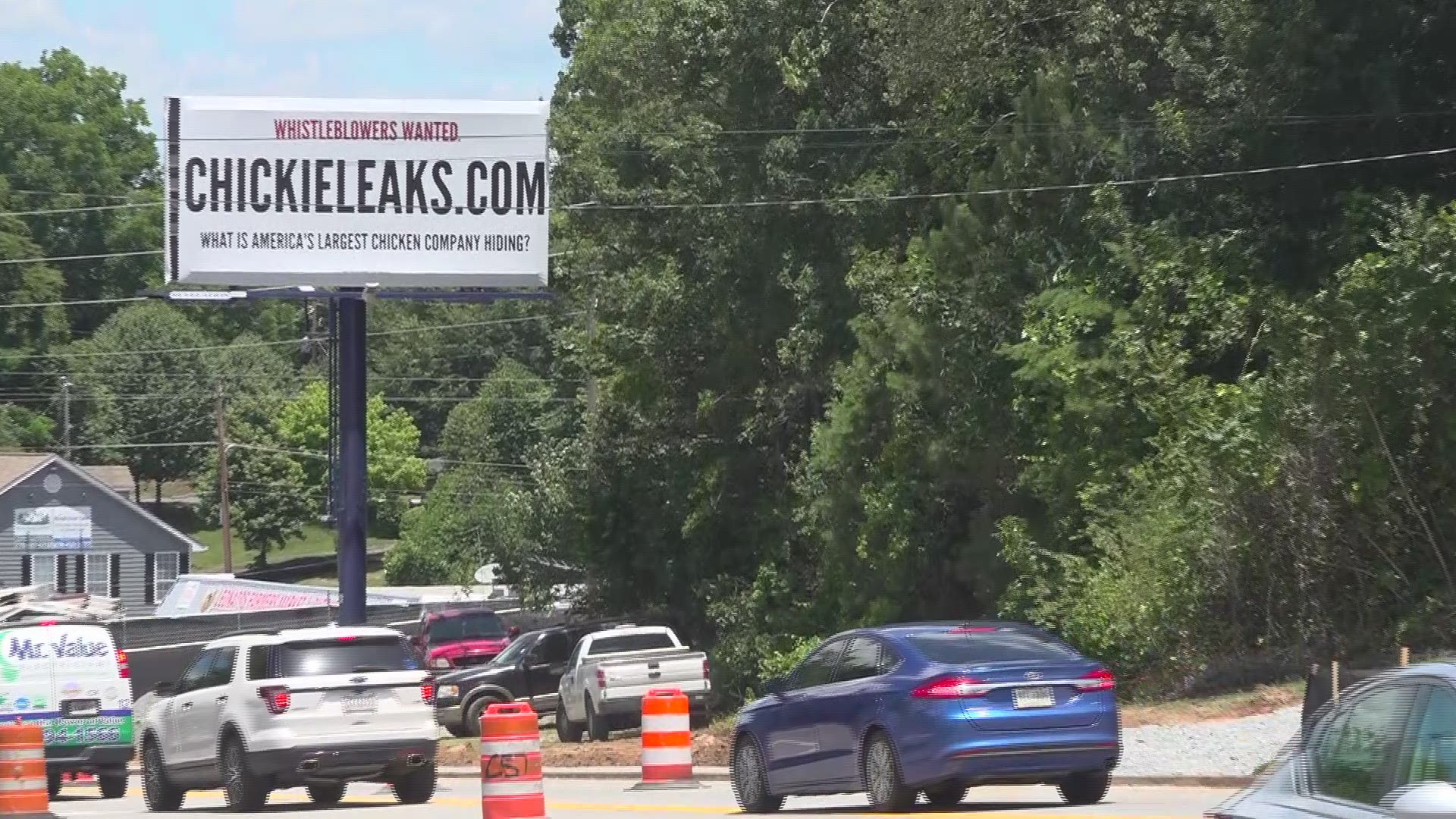 Each billboard reads “WHISTLEBLOWERS WANTED. CHICKIELEAKS.COM. WHAT IS AMERICA’S LARGEST CHICKEN COMPANY HIDING?” The billboards cost $3,000 and were paid for by Mercy for Animals, an international animal advocacy organization.

“The first billboard company rejected us,” Leah Garces, the group’s president, said. “They said ‘no we don't want to go there.’ The second one agreed. We were hoping to go up earlier in the year, and we had to hunt around to find an advertising company that was willing to work with us.”

She says the main purpose of the billboards is to give poultry workers an outlet, so they can report their concerns.

“It's really a platform and a starting place for us to have a dialogue with farmers and say ‘what are your stories? What do you want to get out? What do you want to tell?’ For us to listen and find ways to collaborate. We plan to use this information to pressure the industry to make changes.”

In this case, those changes involve the ways chickens are farmed.

“These chickens are raised in long warehouses,” Garces said. “There are no windows. They are stuffed wall to wall by the end of their life. They have nothing to do all day, and probably the most challenging problem for them is their bodies. They've been selectively chosen to be birds that grow very big very fast.”

It’s big business for companies like Tyson Foods, but Garces says the changes that her organization has recommended are far from impossible. In fact, many of Tyson’s competitors have moved toward more humane practices.

“Perdue has published an animal care policy,” Garces said. “They've started to put windows in their houses, give birds more space, look at what's wrong with the breeds, studying to try and figure out changes, and commit to a different way of slaughtering the animals that reduces their suffering during the slaughtering process. Tyson, on the other hand, has done very few of these things. They are not looking at breed, they are not giving the birds more space, there's no commitment to windows.”

She says she realizes her non-profit company is going up against a very powerful poultry company, but she’s not backing down.