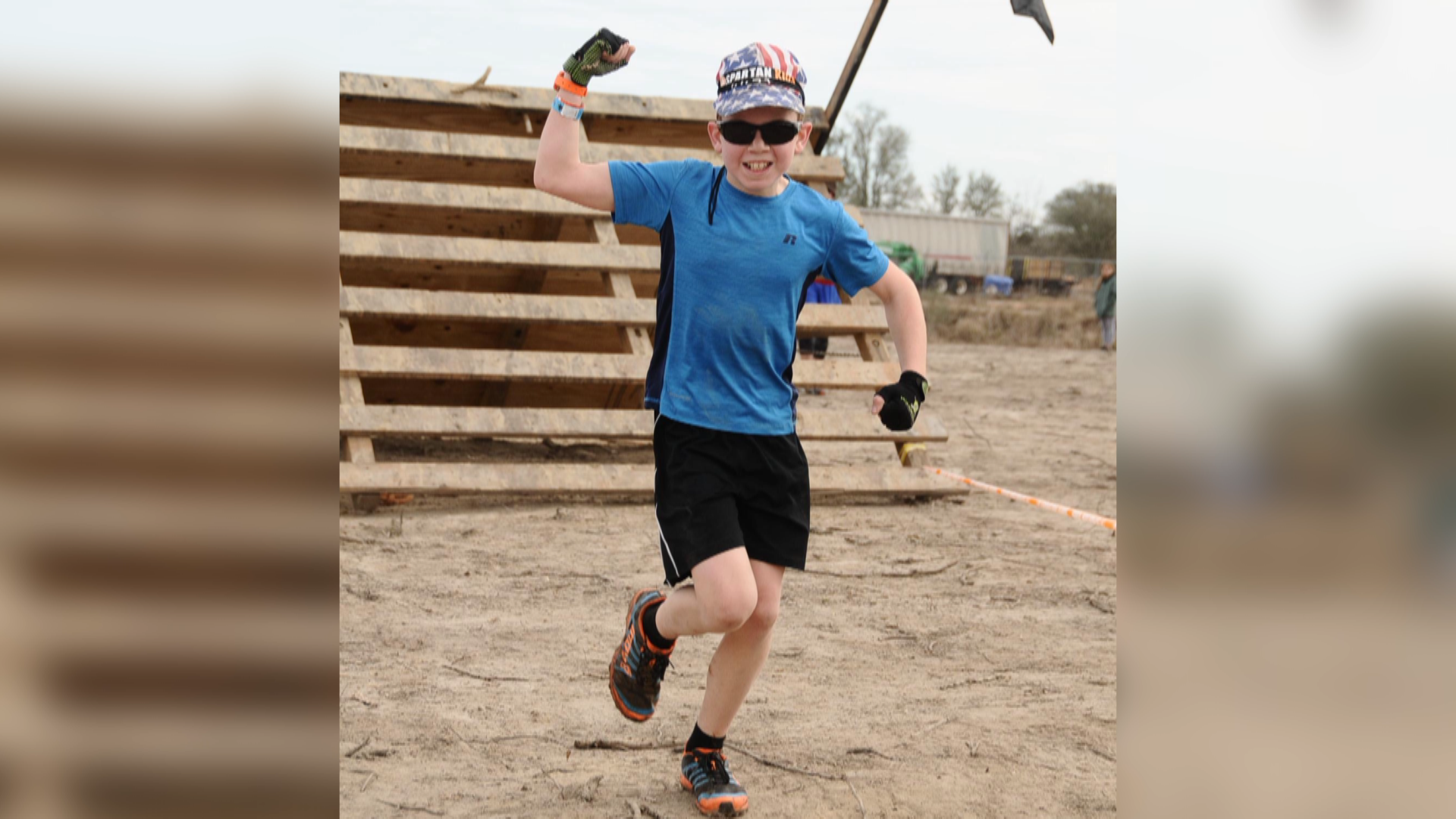 “I usually run twice a week, and then I do the workout probably once a week,” Samuel said.

“If I'm outside and I have no glasses, no hat, no contacts at all, then I'm completely blind,” Samuel said. “It's pretty hard if I can't see very far because I don't know what's going to be next and what's going to happen. I just run and pay attention to the tape lines and so I just follow that. Once I'm close enough, I can see the obstacle and I'm able to get ready for it.”

There is no shortage of obstacles, and Samuel says he tries to prepare for all of them.

“There's running, walls, sandbag carries, cargo nets, tubes that you have to crawl through, mud pits, a rope climb, and a hoist where there's a bag at the end of a rope and you have to pull up with a pulley system,” Samuel said. “I want to do it all my life.”

His parents and siblings also participate in the Spartan races.

“Our very first race, we saw a commercial on TV and we thought it would be a good idea as a Christmas present for our oldest son,” Josh Koehler, Samuel’s dad, said. “He was a track and cross-country runner. We saw that and decided to get him a race and a pass for me, make it a father-son thing. We got hooked at that race.”

Samuel eventually got involved, but his mom admits she had some concerns about his level of participation.

“It made a super nervous, but at the same time I didn’t want to hold him back,” Debbie Koehler, Samuel’s mom, said. “That first race, he fell so many times. What was awesome though is when he would fall, he would get back up and have the biggest smile on his face. And we were like ‘oh wow he really loves this. He's okay with falling.’”

“His vision disability just serves as another thing that he gets to overcome,” Josh said. “He takes it as a challenge, and tries to rise to the challenge.”