As part of the launch for its Public Art Program Initiative, the city hosted Chamber Music at ‘The Point’ 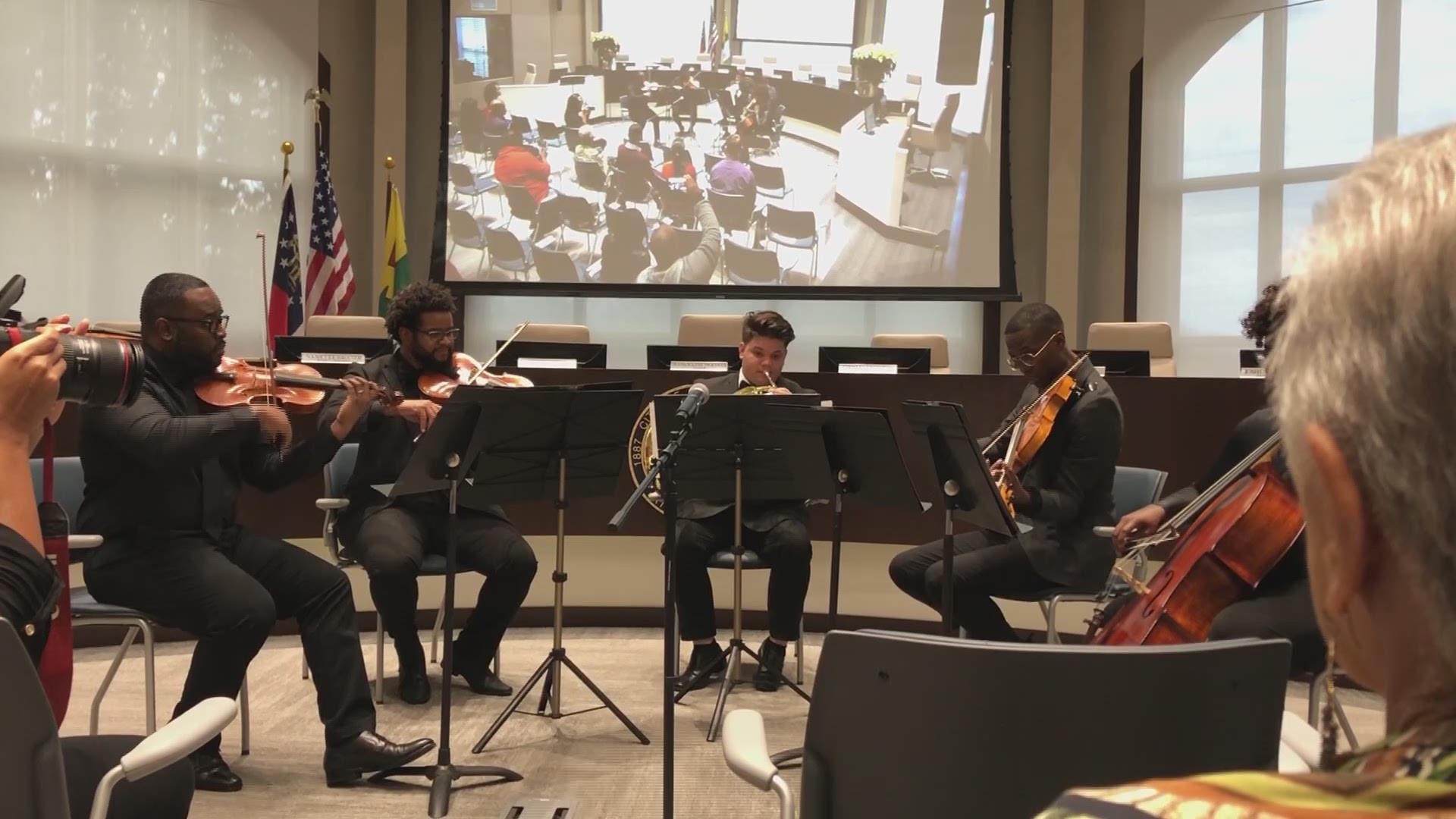 EAST POINT, Ga. — Historically, classical symphonies are not something that many people associated with the Southside, particularly East Point. However, all that’s about to change.

The City of East Point kicked off its Public Arts Initiative with class and style over the weekend. Chamber Music at 'The Point' was a free concert held in the city council chambers at City Hall on Saturday, December 7. The intimate concert was free to the public.

The event was hosted by professional harpist, Angelica Hairston and featured performances by "The Tufton-Tet,” under the leadership of fellow TDP alum, Christopher "Mr.Performing Arts" Mosley.