Police are still looking for a fourth suspect after the incident, which happened in one of Atlanta's busiest areas. 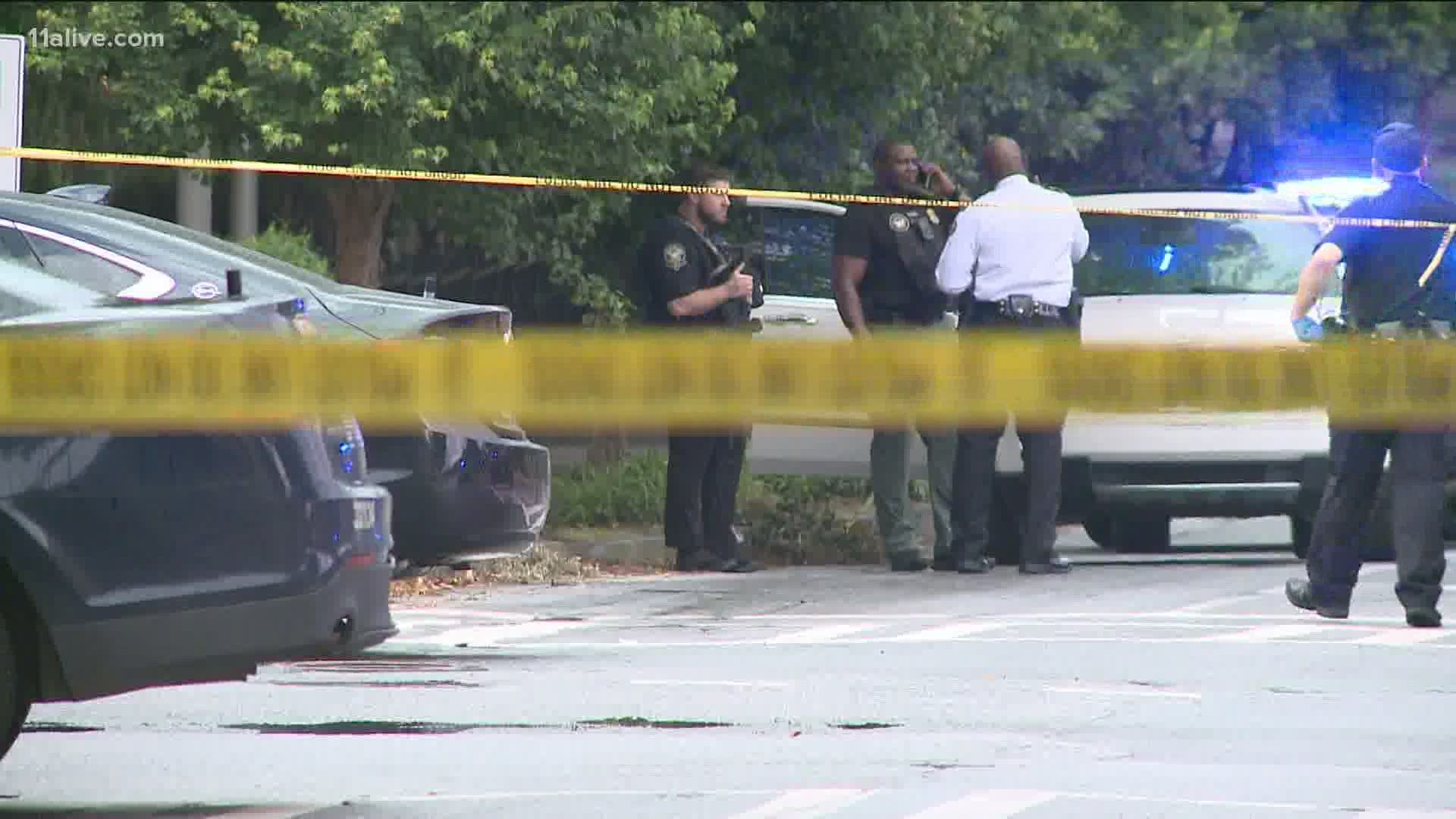 ATLANTA — Atlanta Police say a suspect has been injured and two others are in custody following an officer-involved shooting on Monday afternoon.

"Officers were able to locate a white SUV that was leaving the scene," Chafee said. "They believe that that was the suspect vehicle based on descriptions that were given to them by witnesses."

Officer Chafee said that as officers began to approach the SUV in their own vehicles, four suspects bailed from the SUV near Highland Avenue and Jackson Street, one of them carrying a semi-automatic rifle.

"As he bailed out holding that rifle, officers fired several shots and struck that male in the arm one time," Chafee said.

Three suspects, including the suspect who was shot, have been taken into custody. They were identified as Reginald Carter, 30, of Conley; Demonte Thomas, 29, of Jonesboro; and Artez Carter, 24, of Atlanta. Chafee said they are still looking for a fourth unknown suspect, but do not believe he was injured in the shooting.

Further investigation determined that the SUV involved in the incident was stolen in the city back in March. Chafee said that there is no indication that anyone was injured by the initial gunfire by the suspects that drew the attention on Monday.

At this point, police are still trying to determine why the suspects were opening fire in the first place as the Georgia Bureau of Investigation takes over the investigation of the officer-involved shooting that followed.

Chafee said the suspect, Reginald Carter, was listed as stable and was being treated at an area hospital. No officers were injured in the gunfire or during the arrests.

GBI spokesperson Nelly Miles said this is the 44th officer-involved shooting the state agency has been requested to investigate since the beginning of 2020.

Time to be vigilant: Vehicle thefts spike during coronavirus pandemic