Ahead of 98th birthday, World War II veteran takes to the skies once more

At 97 years old, Hugh Mayse boarded a plane for the first time in twenty years when he climbed aboard the Dream Flight. 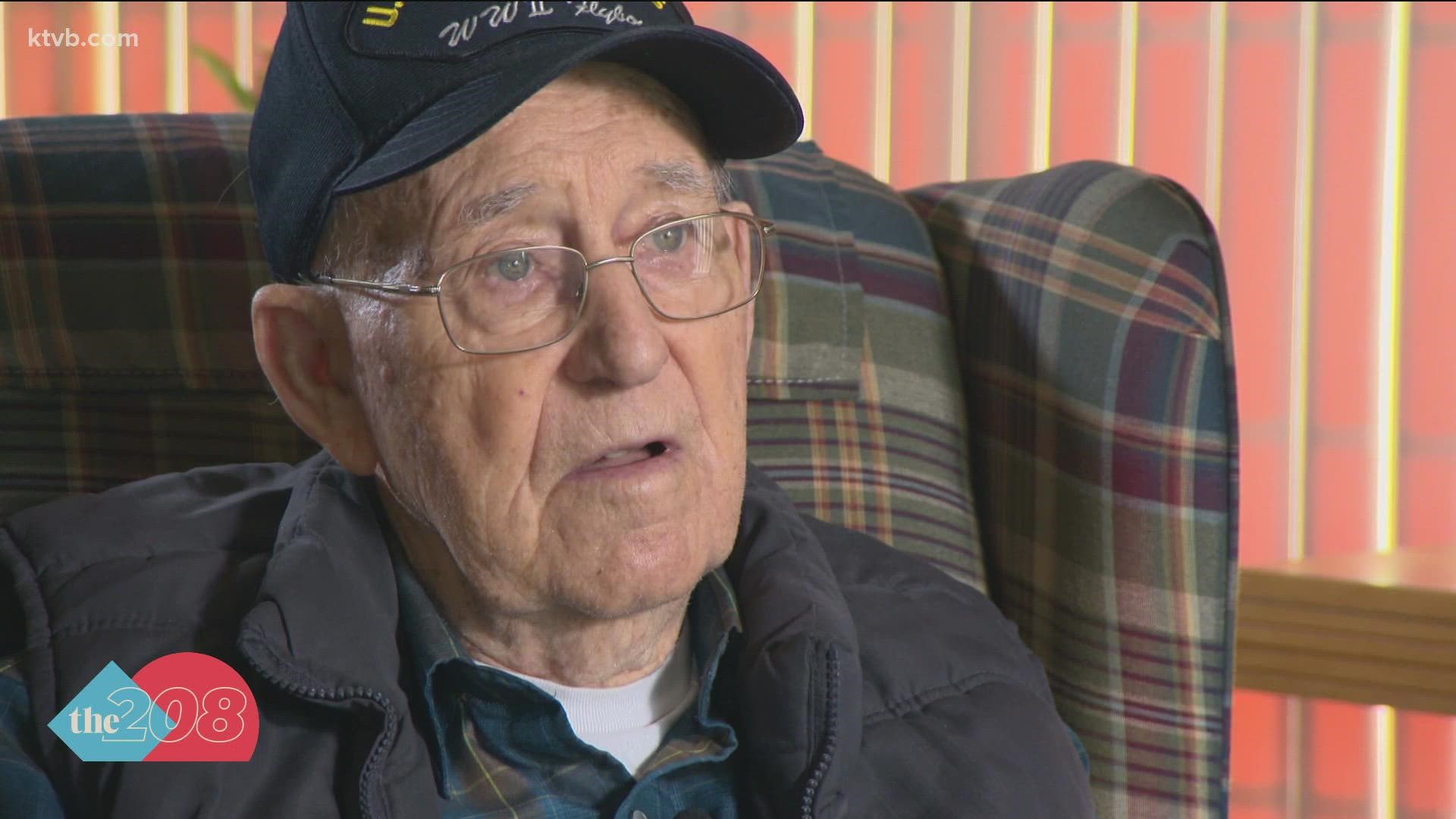 WEISER, Idaho — After the decades since World War II, the Gem State is home to about 1,800 veterans who remain. The National World War II Museum estimates the United States loses about 296 vets a day and by next month, there will be fewer than 240,000 left.

Based on estimates, out of the 16 million brave Americans who served in World War II, about 610,000 veterans have passed away in the last six years.

With so many of America's bravest and best entering their 90s and 100s, honor flights like the one Hugh Mayse boarded in Weiser help cherish their memories and honor their service.

At 97-years-old, Mayse boarded a plane for the first time in twenty years when he climbed aboard the Dream Flight, a 20-minute ride in a 1942 Boeing Stearman Biplane from the Weiser airport.

Mayse's daughter, Debra, didn't hear many of her dad's stories about flying B-24 Liberators in the Pacific Theater growing up, but she wishes that she paid more attention to the ones he did share. Mayse has been diagnosed with dementia, and Debra says the last five years have been a slow decline.

In 1942, at the age of 19, Mayse enlisted with the United States Air Corps. He didn't make it as a pilot but was the nose gunner of B-24 Liberators, a role he served in during hundreds of missions over the Pacific Ocean.

"We were in action all the time," Mayse recalled. "Any time we were flying, we were ready to drop bombs and if we thought someone was going to bomb us, we took a shot at 'em."

Following the war, Mayse began working for Boeing and built 747s during the 1960s. However, even those memories seem too distant for him to remember.

"When you lose your memory, you lose who you are," Debra said. "And I just wanted something that would spark, you know give him a spark something besides chocolate chips cookies."

Mayse was discharged from the Army Air Corps, the predecessor of the Air Force, in 1946 with the rank of sergeant.

Since its inception in 2011, the Dream Flight program has taken more than 45-hundred veterans on flights.

After they had to postpone all their flights last year due to COVID-19, they decided they would make up some ground this summer. Founder Darryl Fisher decided they would do Operation September Freedom. Using as many as sic planes a day, they would fly as many World War II vets as they could from August 1 through September 30.

There will be another flight on Aug. 17 with two more World War II vets out at Nampa airport.

For World War II historians and veterans, August and September is a meaningful time. In 1945, Japan formally surrendered to U.S. forces, which was announced 76 years ago on Aug. 15. The peace treaty was officially signed on Sep. 2, 1945.

Mayse was there to witness that in Okinawa.