VERIFY: Yes, your pets can catch the West Nile Virus. Here are the animals that will have symptoms

The main animal, other than the human, that is impacted by the West Nile Virus is the horse. If infected, a horse can have severe inflammation of the brain. 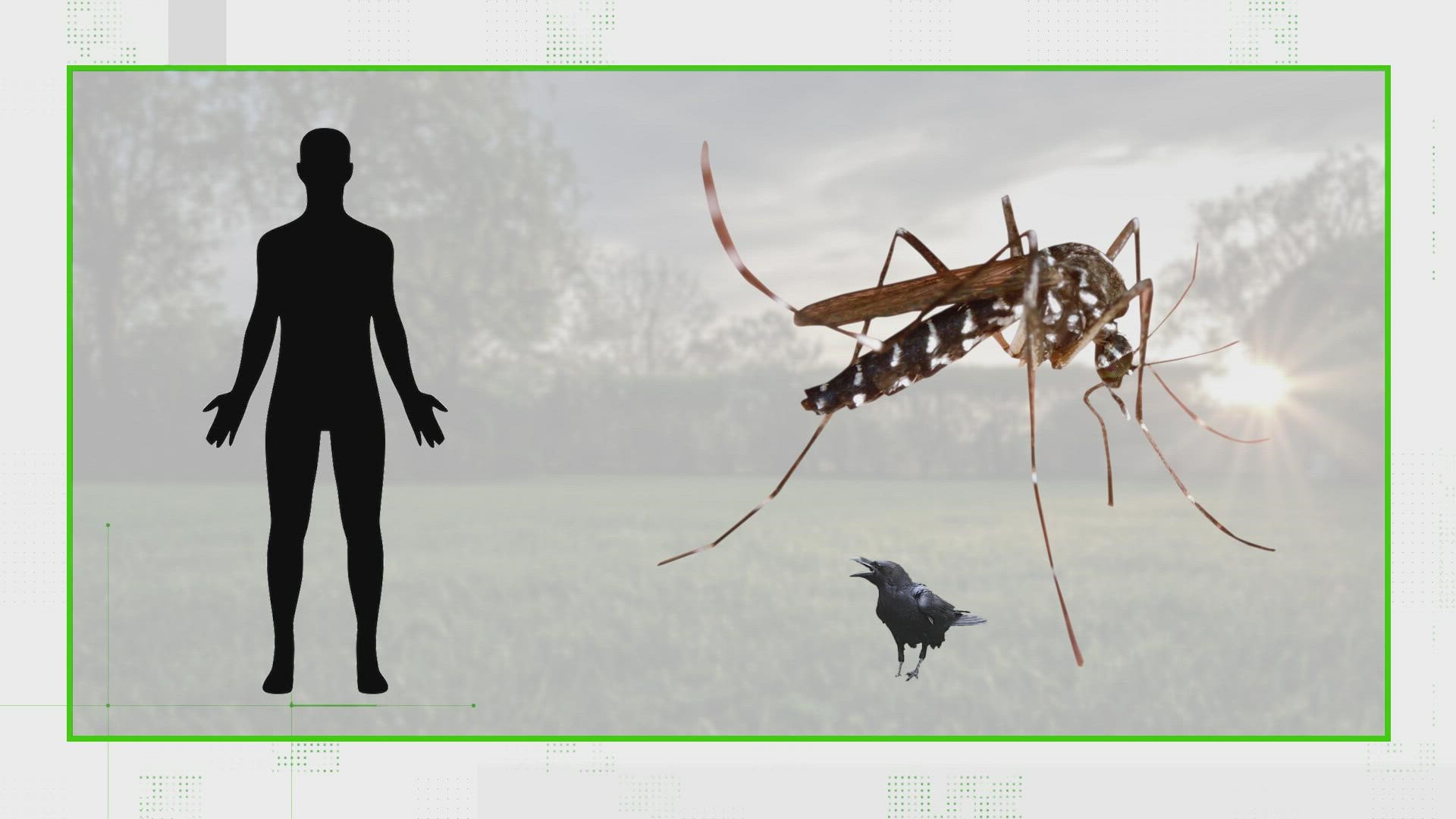 On Tuesday, Texas health officials confirmed the state's first human case of the illness caused by the West Nile virus in 2021. It happened in Dallas County.

This caused some viewers to ask questions related to the virus and its ability to transmit to other animals.

Yes, pets can catch the West Nile Virus, but most will not have symptoms. Along with humans, horses are the other animal most likely to have symptoms from the virus.

West Nile virus is most commonly spread to people by the bite of an infected mosquito, according to the CDC.

Mosquitoes become infected when they feed on infected birds. Infected mosquitoes then spread West Nile virus to people and other animals by biting them, the CDC said.

Most animals can contract the West Nile virus when an infected mosquito bites them. However, most pets, such as dogs and cats, that aren't immunocompromised have a very low chance of getting sick.

"It's not that they don't get it," Jones said. "It's just they don't become symptomatic with it."

The main animal, other than the human, that is impacted by the West Nile Virus is the horse.

"Humans and horses can actually develop a high enough virus load to become symptomatic," Jones said. "Other animals usually do not."

If infected, a horse can have severe encephalitis, which is inflammation of the brain caused by infection or an allergic reaction.

"Although most horses do recover from the virus, it can be deadly in some cases," Davies said.

There are, however, two intramuscular West Nile Virus vaccines available for horses.

RELATED: VERIFY: No, a mosquito cannot pass COVID-19 to humans. Here's why

The most common one is the West Nile-INNOVATORTM vaccine, which was manufactured by a division of Wyeth, the Fort Dodge Animal Health.

The other one is the RECOMBITEK Equine West Nile Virus Vaccine, made by Merial, a division of the Merck and Aventis companies.

"Get your horses vaccinated immediately, because we're going to start seeing a lot of cases in August and September," Murray said, in terms of West Nile Virus cases.

Beyond the vaccine, if someone has animals he or she would like to protect, it's best to keep them inside during the early and late parts of the day when mosquitos are the most active.

With birds, in particular, owners should consider keeping them inside when mosquitos are most active, Murray said.

"Keeping your doors closed and windows closed to not to allow mosquitos to come indoors," Murray said.

If your pets do get infected with the West Nile Virus, they can not give it to a human because the virus can only be spread through a mosquito bite.

Humans, horses and other mammals are also considered to be "dead end" hosts, according to the CDC. This means they can't develop high enough levels of the virus in their blood for it to then be passed along.

"When they get infected with the virus, they don't develop a high enough virus load in their blood for another mosquito to bite them and pass it on to another animal," Jones said.