Police said the tables were turned on a trio of armed suspects in a supermarket parking lot Friday afternoon and 'a large amount of gunfire' was exchanged. 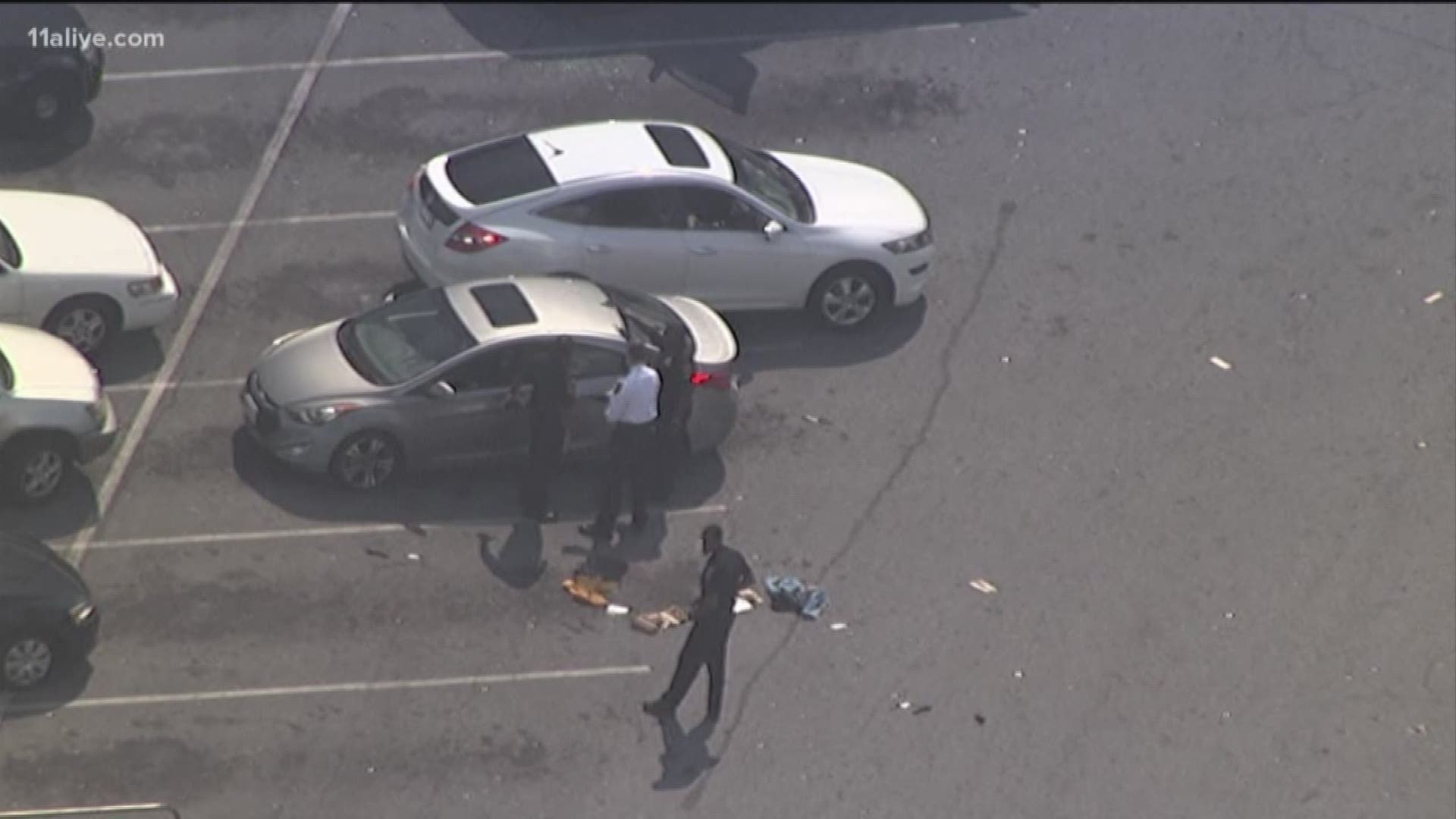 DEKALB COUNTY, Ga. — Police say three suspects who allegedly followed a couple shopping at a DeKalb County grocery store Friday afternoon were hospitalized after the couple opened fire on them.

According to police, multiple 911 calls came from the parking lot of the Kroger off Wesley Chapel and South Hairston roads at around 4:15 p.m. of shots being fired.

When police got there, they found two people who had been shot. They later got word of another injured person who had been taken to an area hospital. There were no fatalities.

Right now, police believe the people shot were actually alleged suspects who had been targeting a couple who was in the store to shop.

According to DeKalb Police spokeswoman Shiera Campbell, the couple was inside the store when a group of three began following them. The trio then followed the couple out of the store into the parking lot, where there was an exchange of "a large amount of gunfire."

Police believe the group targeted the couple, but don't believe the parties knew each other before the incident.

"Whether it was a robbery or a carjacking, we don't know right now. It's still too early on in the investigation to say," Campbell told 11Alive at the scene. 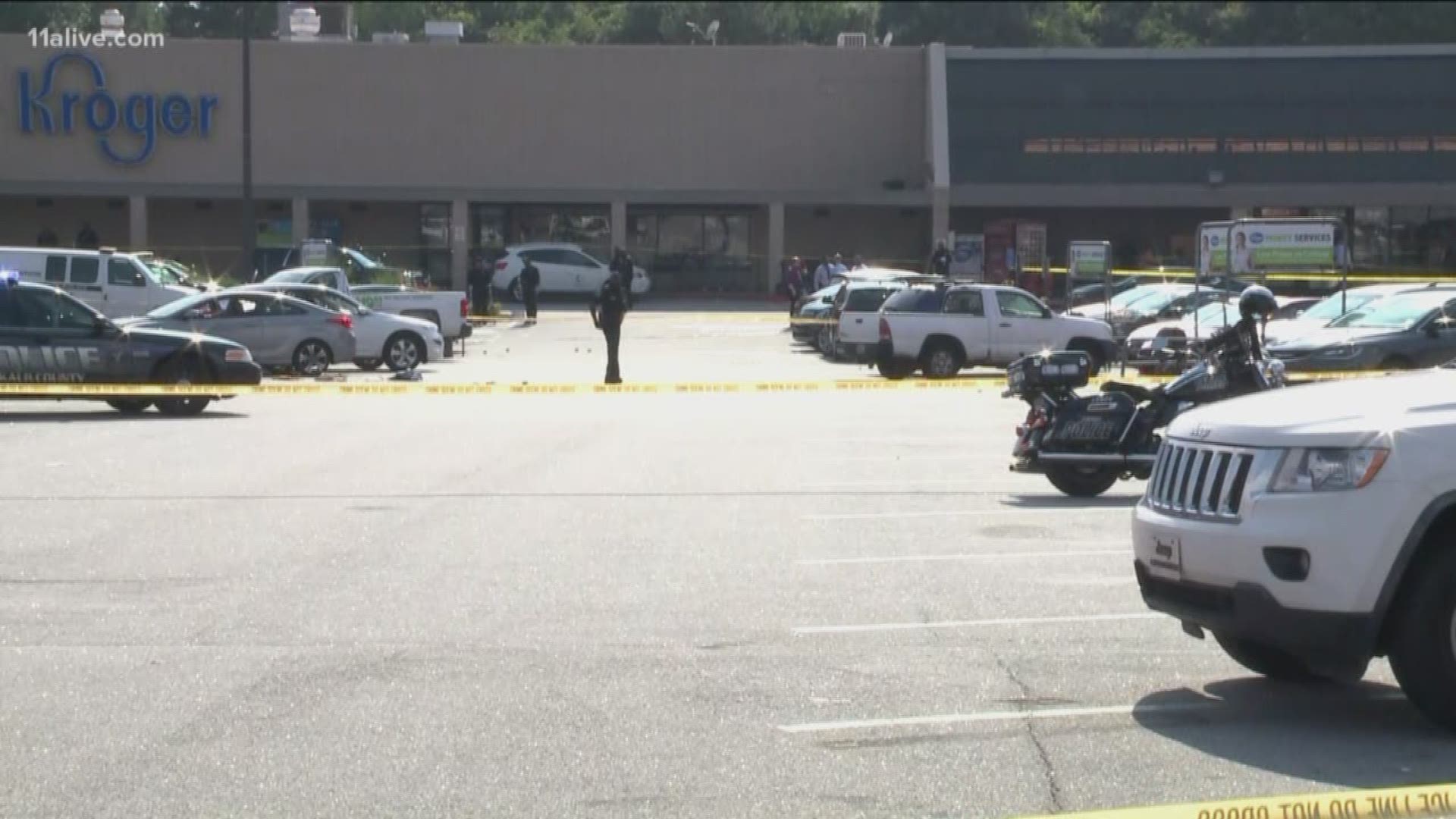 Campbell said the couple was unharmed, but the shooting sent the three alleged suspects to the hospital with minor injuries. No other bystanders were hurt.

11Alive's SkyTracker flew over the parking lot, which showed police processing an extensive scene encompassing multiple rows of the lot and stretching all the way to the front of the store. Campbell said they believe the couple's vehicle was hit, in the exchange, but not much else.

With it being 4 o'clock on a Friday evening with people headed home for the weekend, Campbell said there was a great risk of people being shot, even killed from the gunfire.

"This is a very busy and crowded plaza," Campbell said. "People are very lucky no one else was hit." 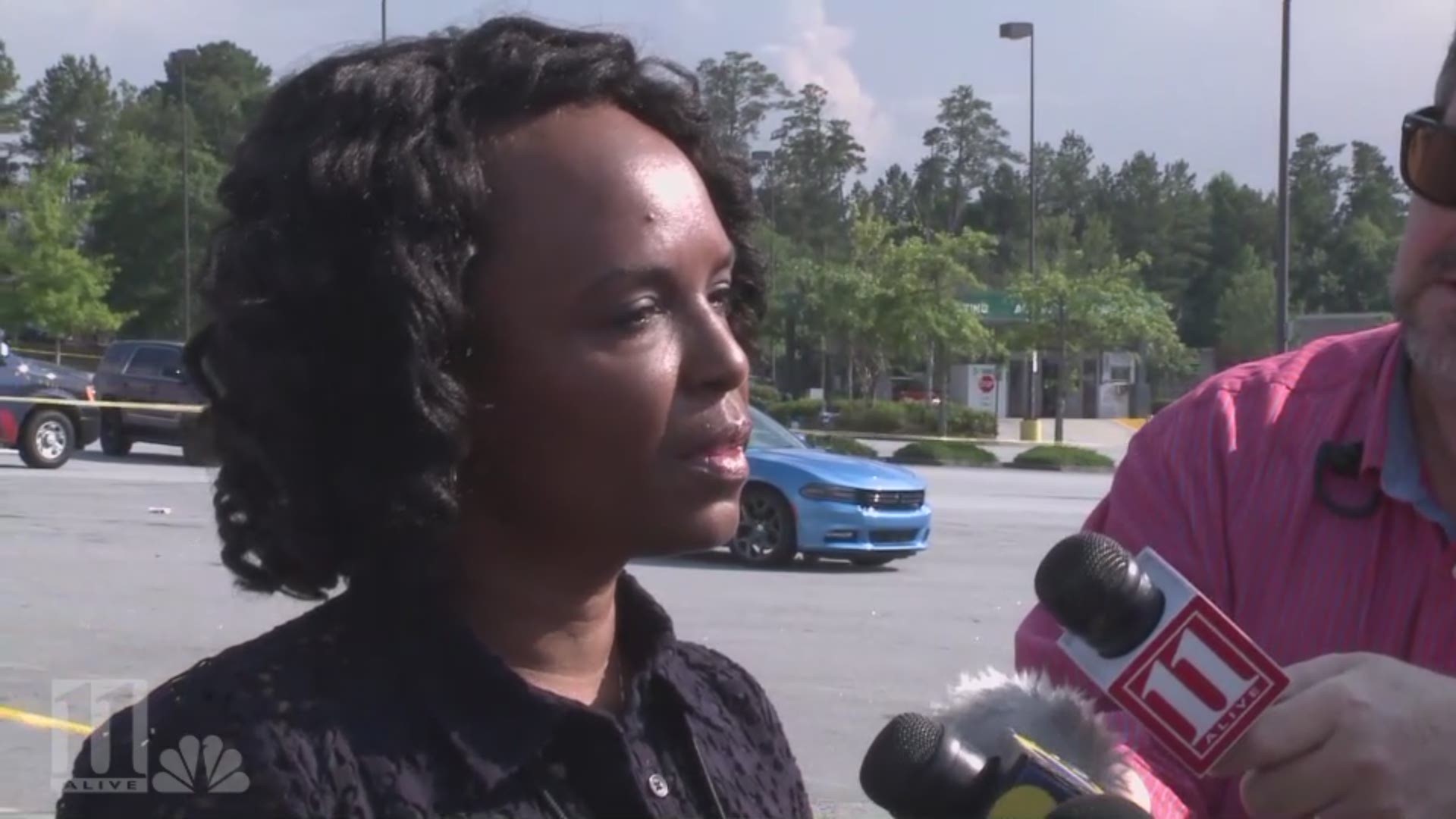 Police said the couple, along with several witnesses, is now being interviewed by police. Investigators are also going thru surveillance video to help them further understand what led up to the shooting.