Her body was later found in Yellow River. 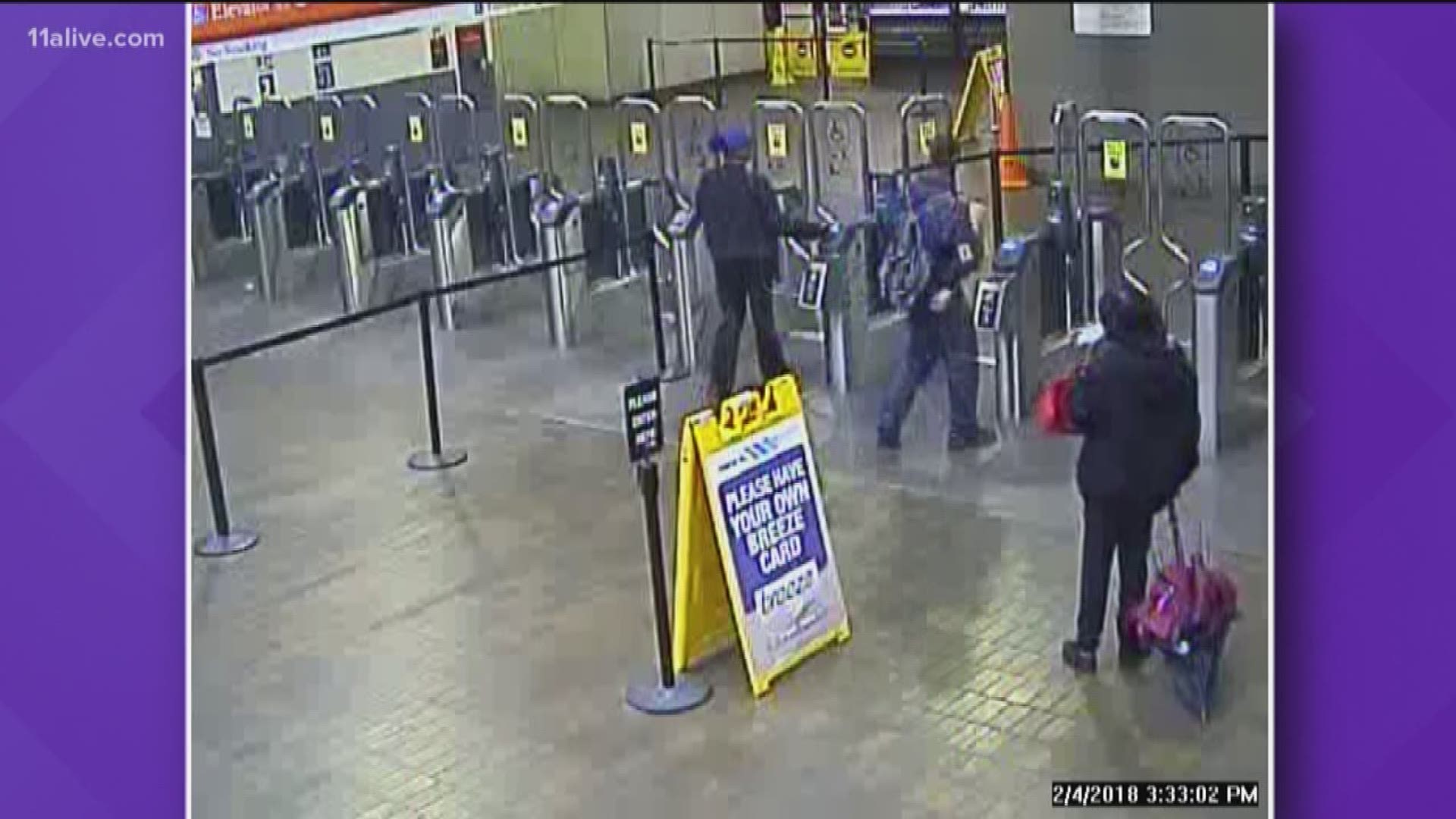 COVINGTON, GA -- Investigators released new evidence in the tragic case of a woman who disappeared from her job at Hartsfield Jackson airport – then was found dead a month later. The video shows Shanequa Sullivan apparently trying to enter an airport MARTA station at the end of her shift – then walking away.

Sullivan was a 23-year-old woman who had autism. She was able to hold a job as a janitorial contractor at the airport. She rode MARTA every day and apparently tried but failed to ride it home the afternoon she disappeared.

►RELATED: 'She said we found her in the Yellow River': A grandmother grieves after a tragic call

The video, released by MARTA and Newton County investigators, shows the airport MARTA station March 3. Sullivan enters from the left, wearing black, carrying a red bad and toting a purple umbrella. She had completed her work shift and was apparently headed home.

Investigators say she couldn’t get her Breeze card to work that day, and the video shows her spending about two minutes by the entrance gates – unable to get past them. She then left the area, spoke to a coworker and then she disappeared into the airport.

Investigators are trying to figure out how she left the airport that day, given that her family told them she rode MARTA "religiously every day," said Investigator Jeff Alexander of the Newton County Sheriff's Office.

►RELATED: Funeral set for airport worker whose body was found in the Yellow River

Sullivan’s autism allowed her to function at the level of a 10-year-old, according to officials.

Investigators revealed Tuesday that when a fisherman found her body in the Yellow River March 9, she was not wearing the uniform she’d had on when she left the airport – but declined to elaborate.

Medical examiners have not determined her cause of death. Investigators hope the release of the video will jar some memories and produce some clues from the public.

► Woman with autism missing for over a week

► 'She said we found her in the Yellow River'