Who was standing next to President Trump at MLK signing? 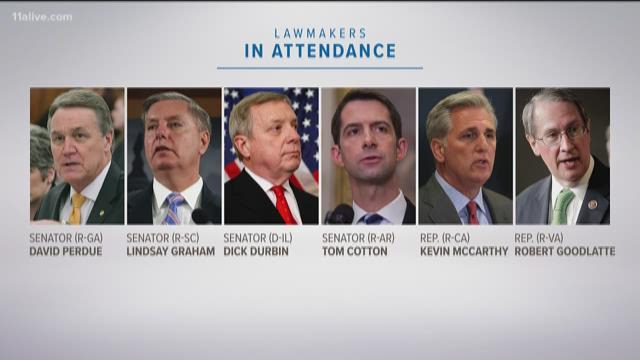 A nephew of the late Dr. Martin Luther King, Jr. was present Friday at President Donald Trump's signing of a proclamation designing the slain civil rights leader's birthday as a federal holiday.

Farris Sr. was a founding member of the Martin Luther King, Jr. Center for Nonviolent Social Change board of trustees.

In the midst of controversy over his alleged remarks regarding some Latin American and African nations, President Trump signed the proclamation on Friday. This year marks the first time in more than a decade that the federal holiday falls on King’s actual birthday.

ut his life, love for each other, for our fellow Americans, and for humanity," Trump said. "That is what drove his work."

On Thursday, The Washington Post reported that Trump questioned in a meeting with lawmakers on Thursday why the U.S. would accept immigrants from "s---hole countries" like Haiti or in Africa rather than in places like Norway. Trump had met the previous day with the prime minister of Norway.