The cause of death has not yet been confirmed, but an autopsy will be conducted on Friday, according to the coroner’s office. 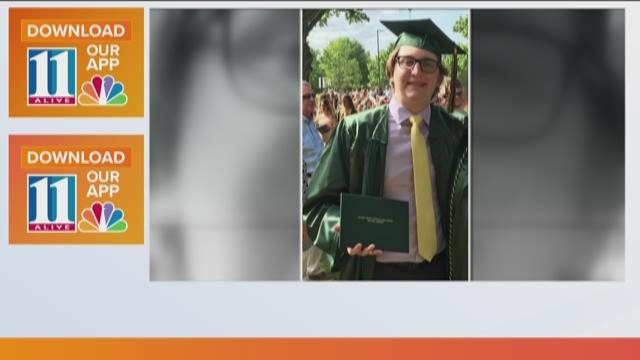 BATON ROUGE, La. -- The East Baton Rouge Coroner’s Office says they are investigating the death of an 18-year-old LSU student who was taken to the hospital after leaving an LSU fraternity house.

The coroner's office identified the person as 18-year-old Max Gruver, from Roswell, Georgia.

The cause of death has not yet been confirmed, but an autopsy will be conducted on Friday, according to the coroner’s office.

According to LSU, Gruver's death is being investigated as a possible hazing incident. LSU President F. King Alexander said that alcohol was involved and no arrests have been made at this time. Alexander also said that hazing is not acceptable and will not be tolerated on LSU's campus and as a result all Greek life activities are suspended.

The national Phi Delta Theta General Headquarters also announced that it is suspending all operations of the fraternity's chapter on LSU's campus.

"LSU officials are aware of an incident that occurred last night involving a fraternity. LSU is currently investigating and will report as soon as more information is available."

We are deeply saddened to inform you that Maxwell Gruver, Class of 2017, passed away today unexpectedly.

Please pray for the repose of his soul. Please keep his family in your prayers as well.

God of mercy, hear our prayers and be merciful to Max, whom You have called from this life. Welcome him into the company of Your saints, in Your kingdom of light and peace. We ask this through Christ our Lord.

Phi Delta Theta has been suspended as an LSU chapter while this incident is being investigated.