Coach Orgeron said he had to deliver the news of Carley McCord's death to Coach Ensminger himself. 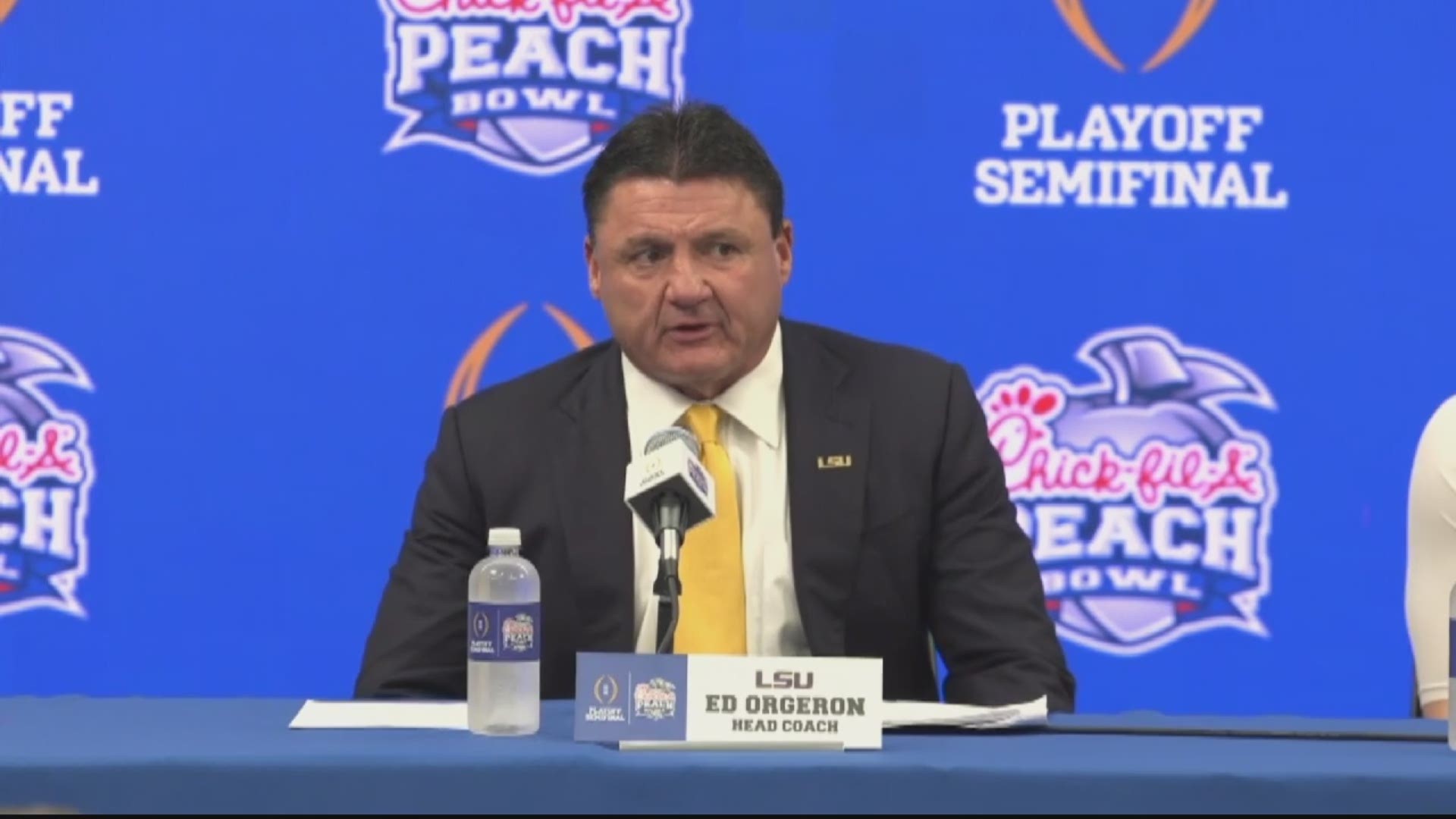 ATLANTA — Hours after the death of his daughter-in-law,  LSU Offensive Coordinator Steve Ensminger coached the game of his life.

Carley McCord was killed in a small plane crash on her way to watch her father-in-law coach in the College Football National Championship semi-finals in Atlanta. She was one of the five passengers killed when the plane crashed shortly after taking off from the Lafayette Regional Airport.

Head Coach Ed Orgeron said he had to deliver the news to Ensminger himself, shortly after their pre-game coaches meeting.

"I told him what happened, and here’s what he said: ‘Coach we’re going to get through this,'" Orgeron said during a post-game press conference. "Obviously, he was distraught, but he called a great game today. So, that just shows the integrity, grit, and character of the men on our football team."

At the same press conference, quarterback Joe Burrow and wide receiver Justin Jefferson said they didn't know about McCord's death until after the game.

"Just the fact that he still stuck with the team and called a great game means a lot to the players," Jefferson said. "We’re all with him." 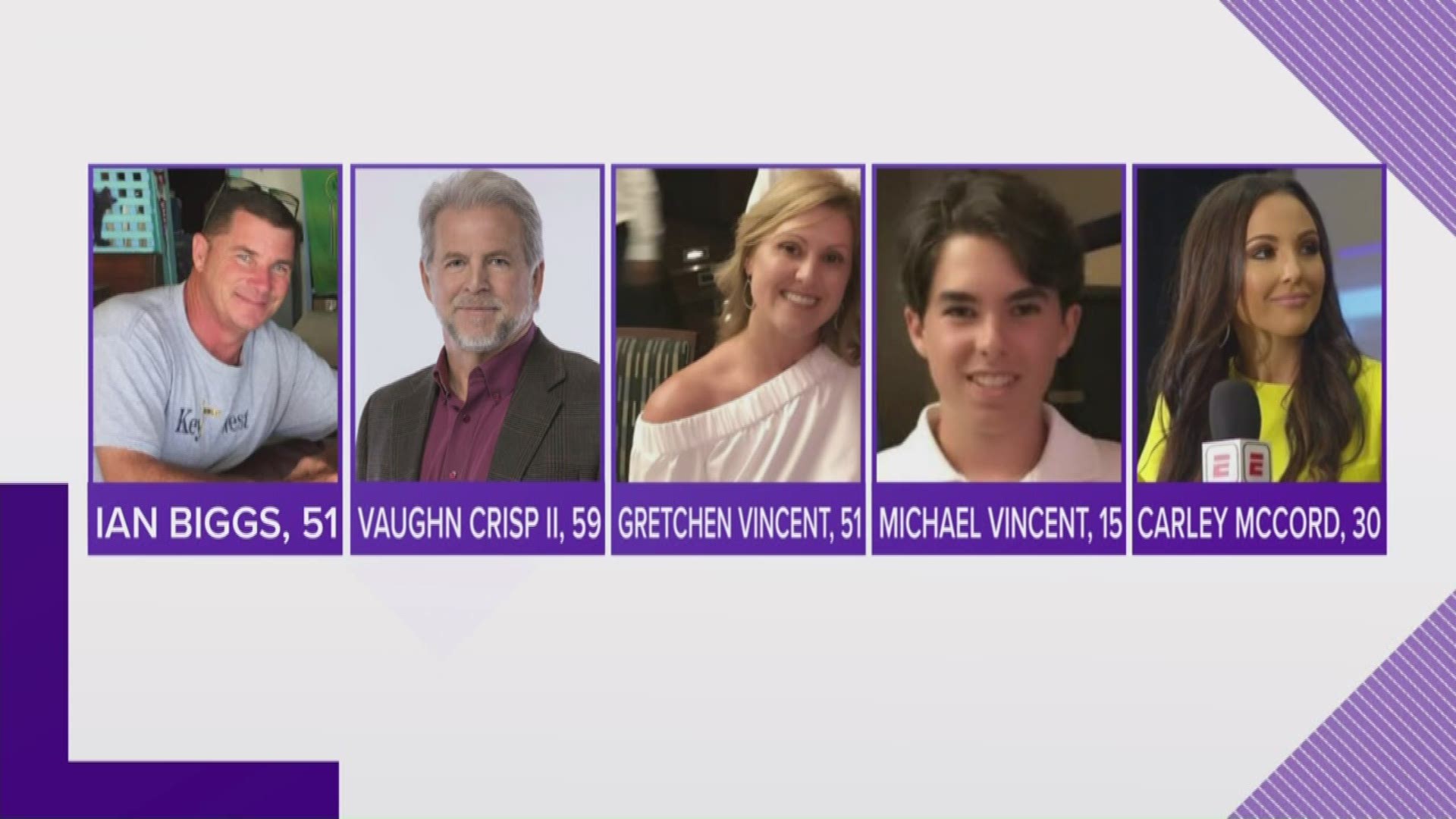 Coach Orgeron said he met McCord several times, both through Ensminger and during her reporting career.

"An outstanding young lady who had a bright future," Orgeron said. "It’s a shame what happened."

McCord was born and raised in Baton Rouge. She started her broadcasting career in Cleveland, Ohio as an in-house reporter for the Cleveland Browns.

She moved back to Baton Rouge to become a radio host for 100.7 The Tiger and 104.5 ESPN Baton Rouge. After three years, she became a full-time sports television reporter, working with Cox Sports, ESPN and WDSU. She was also the in-game host for the New Orleans Pelicans and Saints.

Carley is survived by her husband Steve Ensminger Jr., her family and friends.