February's Full Snow Moon will be the largest supermoon of 2019

February's full moon will be the closest to Earth that it will ever be in 2019. 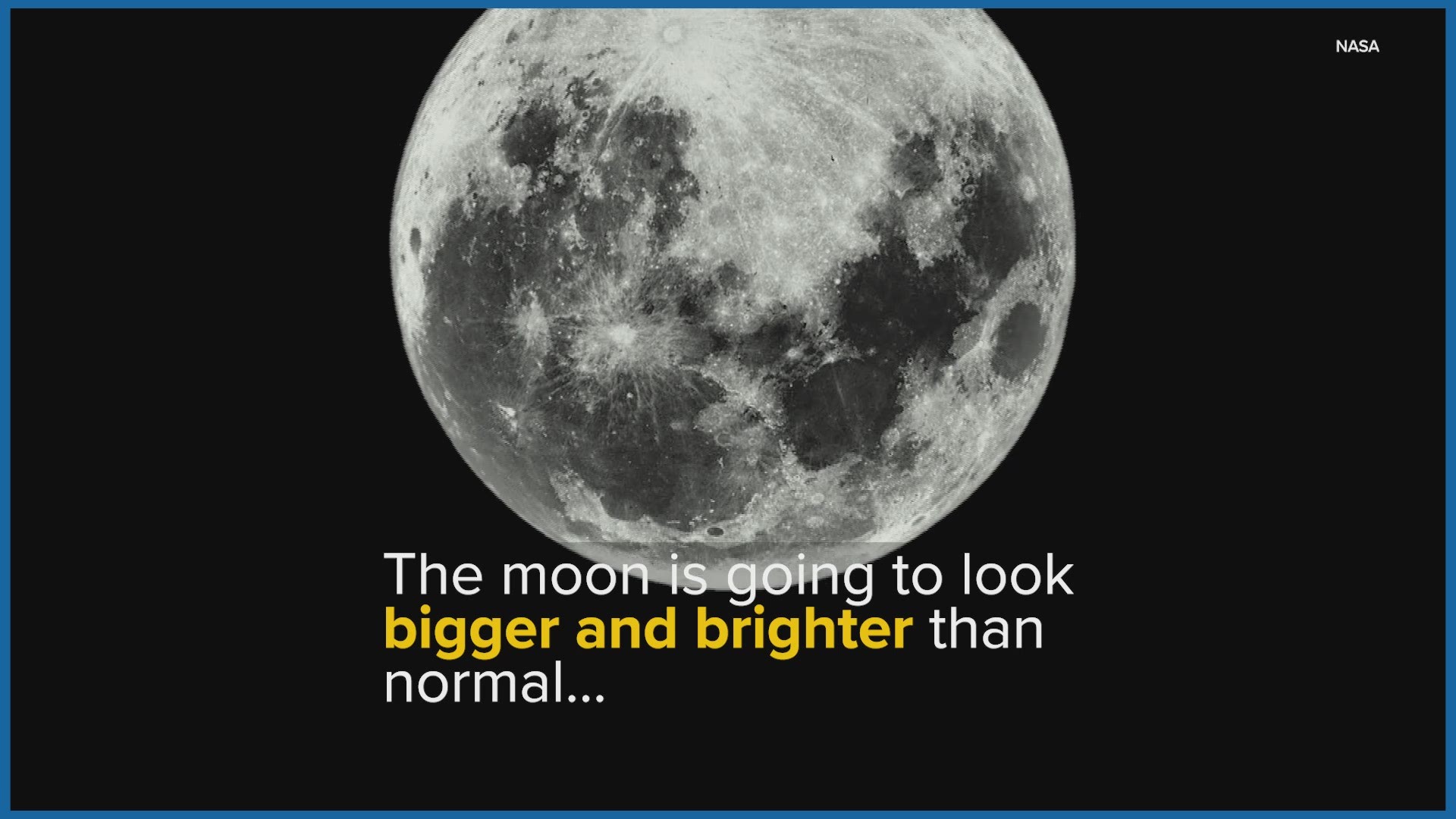 If you missed January's Super Blood Wolf Moon, make sure you set a reminder to catch this month's because it will be the largest supermoon of 2019.

Because it is so close to Earth, the full moon will be as much as 7 percent larger and 15 percent brighter Tuesday night. The phenomenon is called a supermoon.

While theses supermoons can happen any month of the year, February's full moon is called the Snow moon specifically. According to the Farmer's Almanac, the tradition of naming full moons goes back to Native American traditions in North America. Tribes kept track of seasons by giving names to each full moon.

February's is called the snow moon because while January is traditionally the coldest month of the year in the Northern Hemisphere, the heaviest snowfall usually occurs in February. Because the harsh weather made hunting difficult, it was also referred to as the Hunger Moon, Bony Moon or Little Famine Moon. American colonists would call it the Trapper's Moon because it was the optimal time for trapping animals for their thick, winter fur.

It might seem like there are more supermoons than regular moons in the sky these days, especially after last month's Super Blood Wolf Moon. The term was first coined in 1979 by an astrologer named Richard Noelle. He defined a supermoon as a "new or full moon which occurs with the moon coming within 90 percent of its closest approach to Earth."

Since then, many different astronomy organizations have developed their own thresholds for what counts as a supermoon.

The Farmer's Almanac is stricter with their rules, and only gives a full moon the supermoon title if it comes within 99 percent of its closest approach to Earth. By their standards, January's Super Blood Wolf Moon would not be a supermoon.