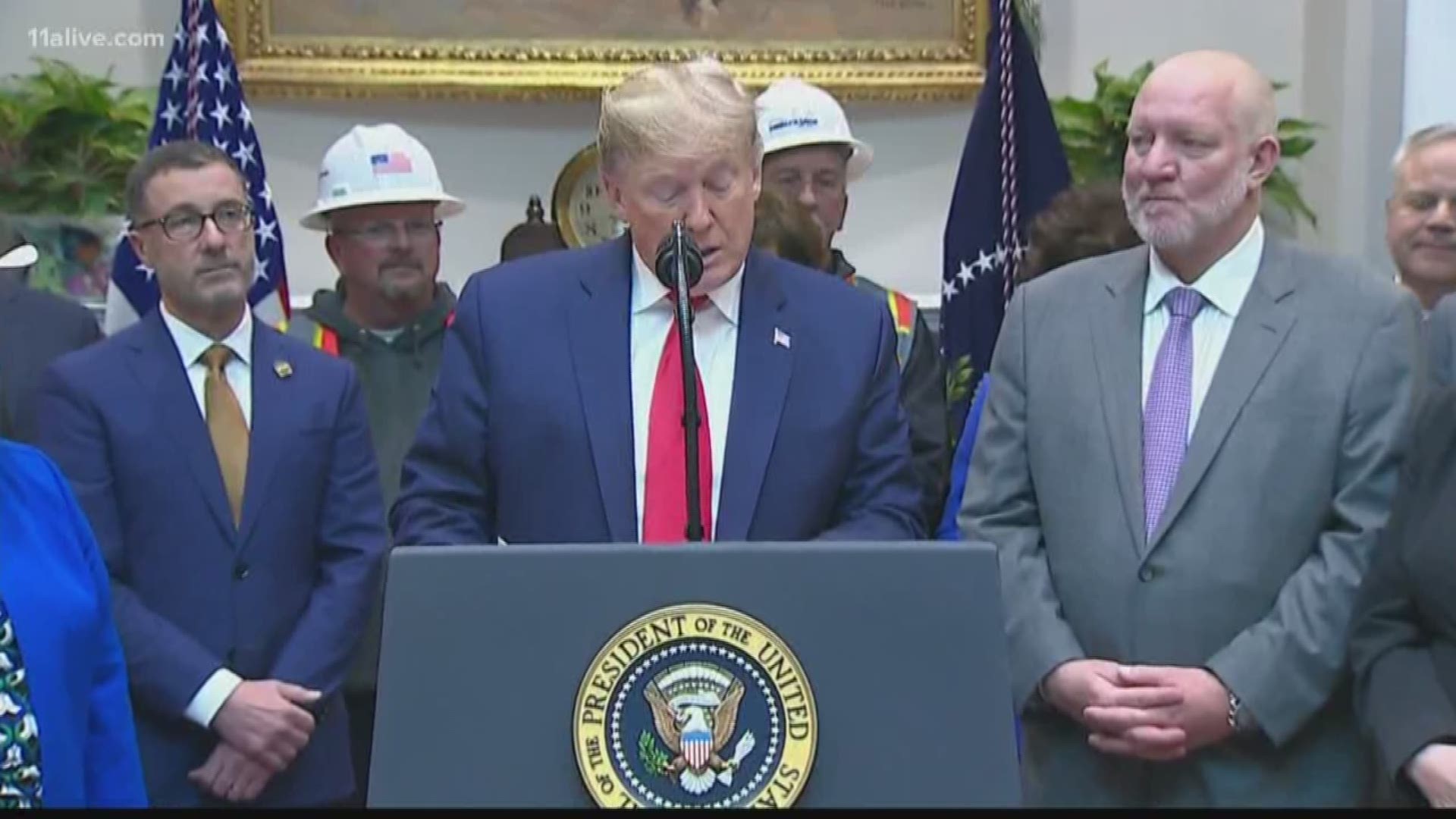 Reigniting a constitutional debate over war powers, the Democratic-controlled House approved the resolution asserting that the president must seek approval from Congress before engaging in further military action against Iran.

The war powers resolution is not binding on Trump and would not require his signature. But House Speaker Nancy Pelosi nonetheless insists it "has real teeth" because "it is a statement of the Congress of the United States."

The House approved the measure, 224-194, with just three Republicans voting in support. Eight Democrats were opposed.

The White House called the resolution “ridiculous" and “completely misguided."

It might be only a symbolic gesture by Democratic lawmakers, who have criticized Trump for not consulting with leaders of both parties when he decided to order a drone strike that killed a top Iranian military leader, Gen. Qassem Soleimani.

Republicans in the Senate are unlikely to approve the measure.

The measure is a special type of resolution that doesn’t get the president’s signature, and the two parties disagree over whether it would have the force of law even if it does pass Congress.

There is a similar proposal by Sen. Tim Kaine, D-Va. It faces a difficult road to passage in the Republican-controlled Senate, but it got a shot in the arm from at least two Republican senators following a classified briefing from Trump administration officials Wednesday into the killing of Soleimani.

Republican Sen. Mike Lee of Utah said it was “probably the worst briefing I’ve seen, at least on a military issue,” in the nine years he’s served in the Senate. He also said administration officials suggested to lawmakers that it was inappropriate for them to debate the merits of further military action because it might embolden Iran. That didn't sit well with Lee.

Lee said he would support Kaine's bill, with amendments.

Sen. Rand Paul, R-Ky., said the briefing was filled with "general information" but no specifics about the justification to kill Soleimani. He also insisted that the Constitution gives Congress the power to declare war, and he disagreed with the notion that the approval for the Iraq war extends to military conflict with Iran.

Sen. Lindsey Graham, R-SC, said he felt the criticism was an overreaction and said debating the war powers act at this time was unconstitutional and "empowering the enemy."