While flying a crucial mission into Hurricane Dorian, the Hurricane Hunters made history. 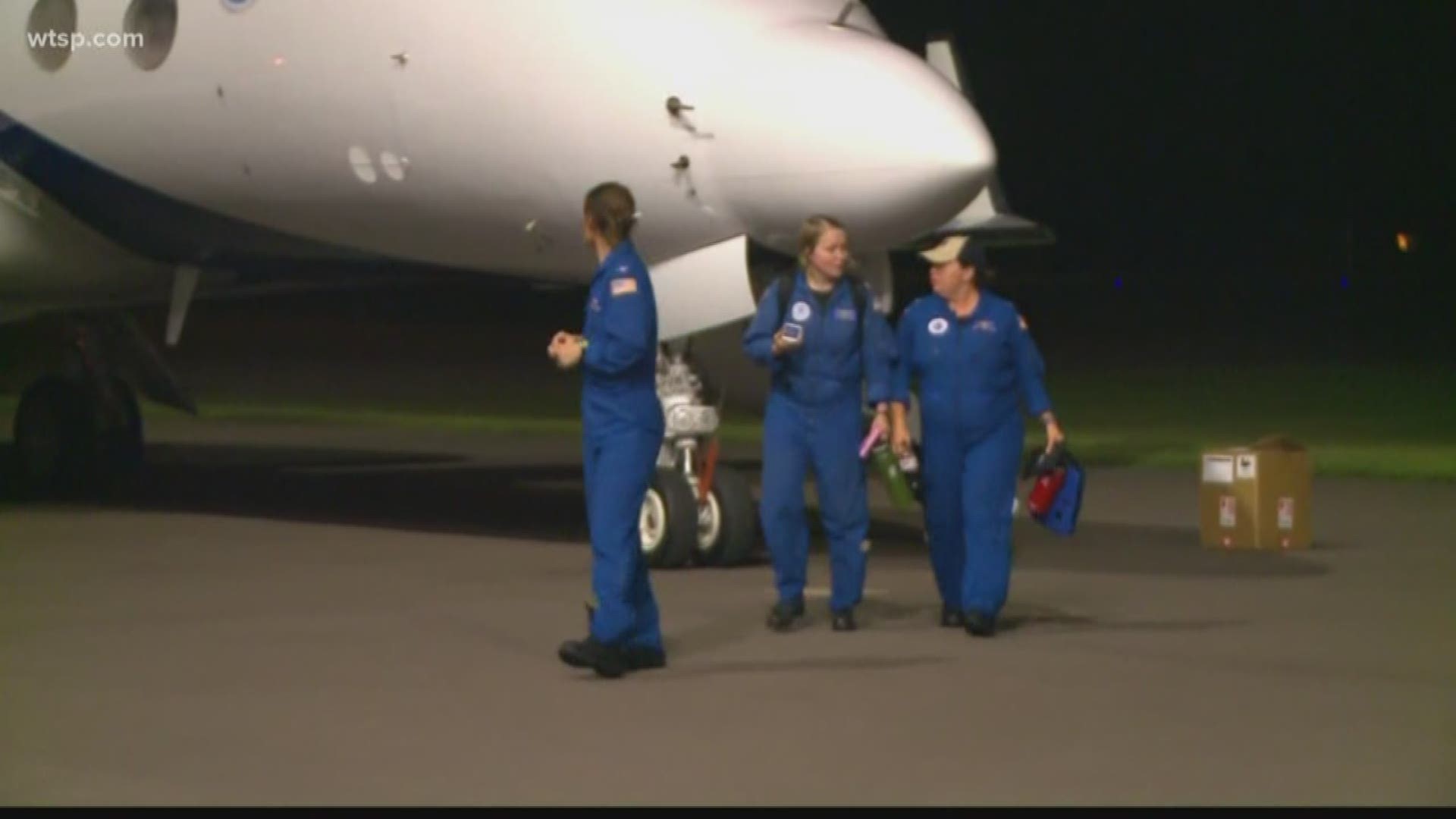 Dorian is definitely not the first to have those in Florida and other southeastern states assuming hurricane-hunker mode, and it might have some people contemplating heading in the opposite direction. But the storm has made pioneers out of a team of pilots flying toward it.

The first all-female three-pilot flight crew was scouting the storm on Thursday for the National Oceanic and Atmospheric Administration. The NOAA Aircraft Operations Center in Lakeland tweeted a photo of the crew, featuring Capt. Kristie Twining, Cmdr. Rebecca Waddington and Lt. Lindsey Norman, sitting in the cockpit as they were preparing for a reconnaissance mission.

The crew was making history and reaching unprecedented heights on Gulfstream IV aka "Gonzo," according to the NOAA aircraft center’s Twitter page. It also shared a photo hours later of another plane, P-3 Orion, nicknamed "Kermit," returning after it flew through Hurricane Dorian, collecting data as well.

RELATED: How to prepare for a hurricane before it arrives

It wasn’t the first time the women made history, as both Waddington and Twining were on the first hurricane hunting mission piloted by an all-female flight crew, news outlets reported. Their flight toward Hurricane Hector in Hawaii last year was the first time two women piloted an NOAA hurricane mission.

"While we are very proud to have made history yesterday by being the first all-female flight crew, we are more proud of the mission we are doing and the safety we are providing for people," Waddington said then according to CNN.

She also told Earther last year that although she recognizes the ceiling-shattering achievement, it’s really about what the missions do to help people during storms.

“We all train together and work together every single day, so we have a very cohesive team,” Waddington also said. “What’s really great about that is that you can put anyone in that cockpit next to you, and we can anticipate everybody’s moves.”

Dorian is expected to strengthen into a potentially catastrophic Category 4 with winds of 130 mph and hit the U.S. on Monday somewhere between the Florida Keys and southern Georgia, the National Hurricane Center said.

RELATED: What do the different hurricane categories mean?