'Even the water was on fire.' Lake Hartwell fire burns dozens of boats, docks at Portman Marina

Divers are were also called to the scene. 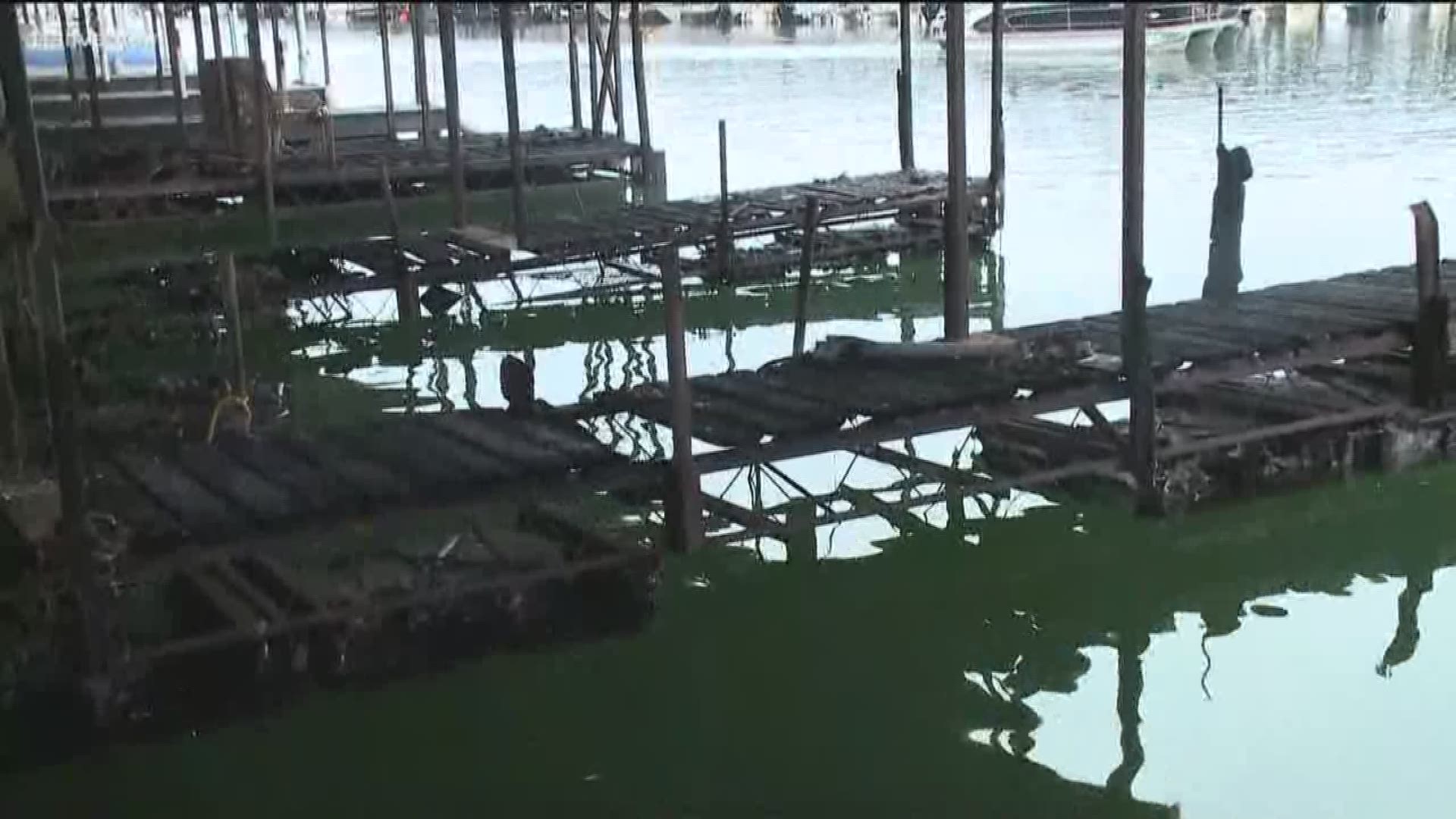 At least 30 boats have been damaged or destroyed in a fire at Portman Marina that left several docks on Lake Hartwell in Anderson County engulfed in flames.

Greg Shore, an owner of Medshore Ambulance Service, confirmed that the fire started on Dock 6 at the marina when a generator backfired. Shore, whose own boat was destroyed in the fire, said his friend was working on the generator and suffered minor burn injuries from the fire. Shore said he was taken to the Joseph M. Still Burn Center in Augusta, Georgia with second degree burns.

"I talked to him, and he is going to be OK," Shore said. "He told me his generator backfired and caught his boat on fire, and his boat was in the middle of other boats and the fire just went from there."

"The heroes are the firefighters and the paramedics that responded and took care of fighting the fire," Shore said. "They are the real heroes."

Lt. David Baker of Anderson County's Emergency Management Division said Monday afternoon that the fire had spread to multiple docks and is being fought "by land and air."

“The fire just escalated all the way down the dock. Even the water was on fire.” -Sidney McDowell

We’re putting this story together for you. Catch it on The Late Feed tonight! pic.twitter.com/kyQZCYijfG

There was no word yet on other injuries. Medical helicopters were prepared to respond if needed. Divers were also called to the scene.

The fire was complicated by fuel stored on each of the docked boats. Shore said his own boat had 200 gallons of fuel on it.

"You take 200 and multiply it by 20 boats, and that's what you have fueling this thing," he said. "We are just praying that the firefighters stay safe and hydrated." 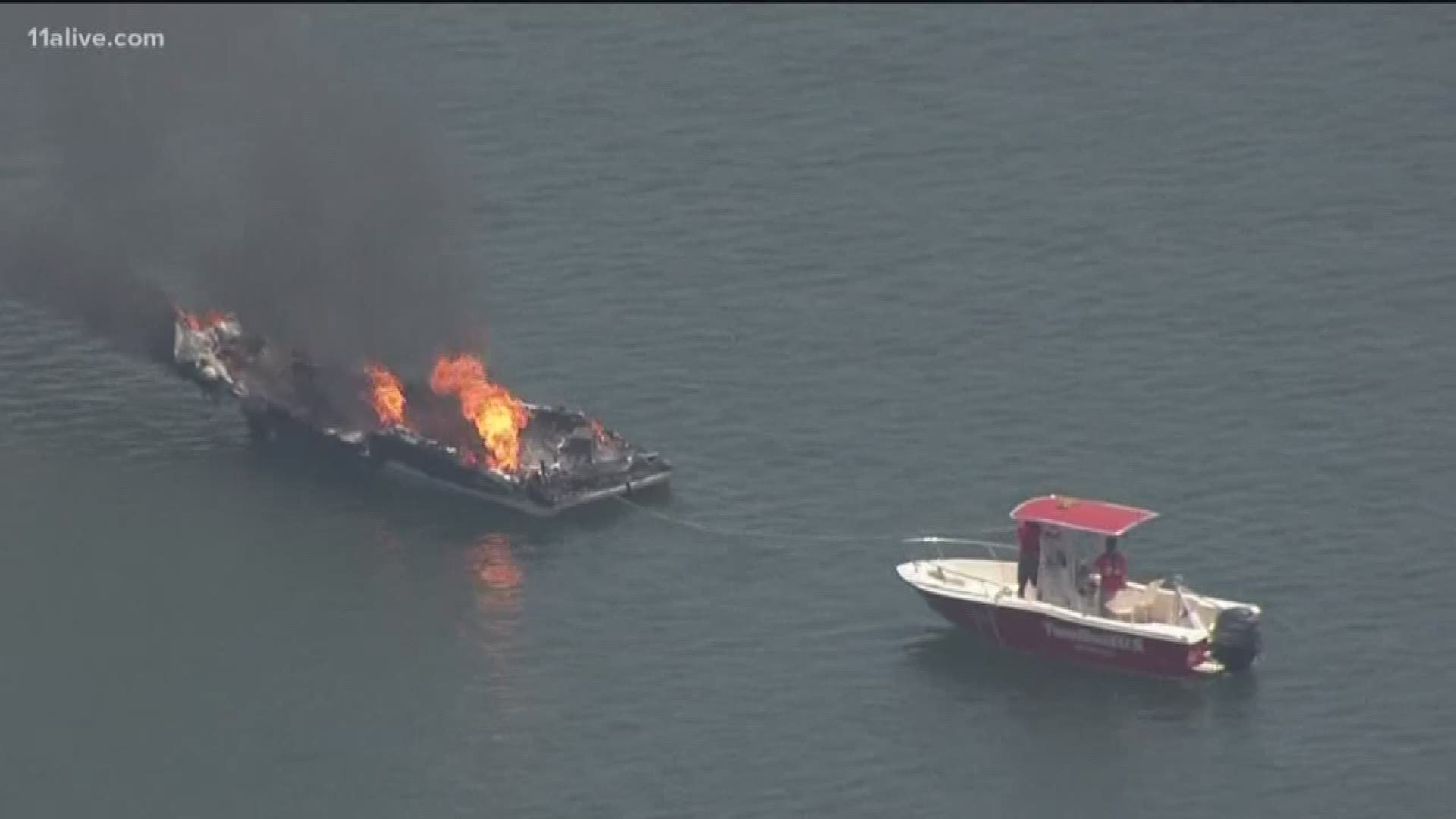 As of 3 p.m., 12 boats had been destroyed and another 18 had been damaged, emergency workers said. All the boats can be replaced thanks to insurance.

Sidney McDowell, who's used the dock for the past 20 years, was one of those boat owners who lost his in the fire.

"It's heart-wrenching, but that's why we have insurance," McDowell said.

The dock, now black and scorched, will have to be replaced, but McDowell is confident everyone will replace their boats. 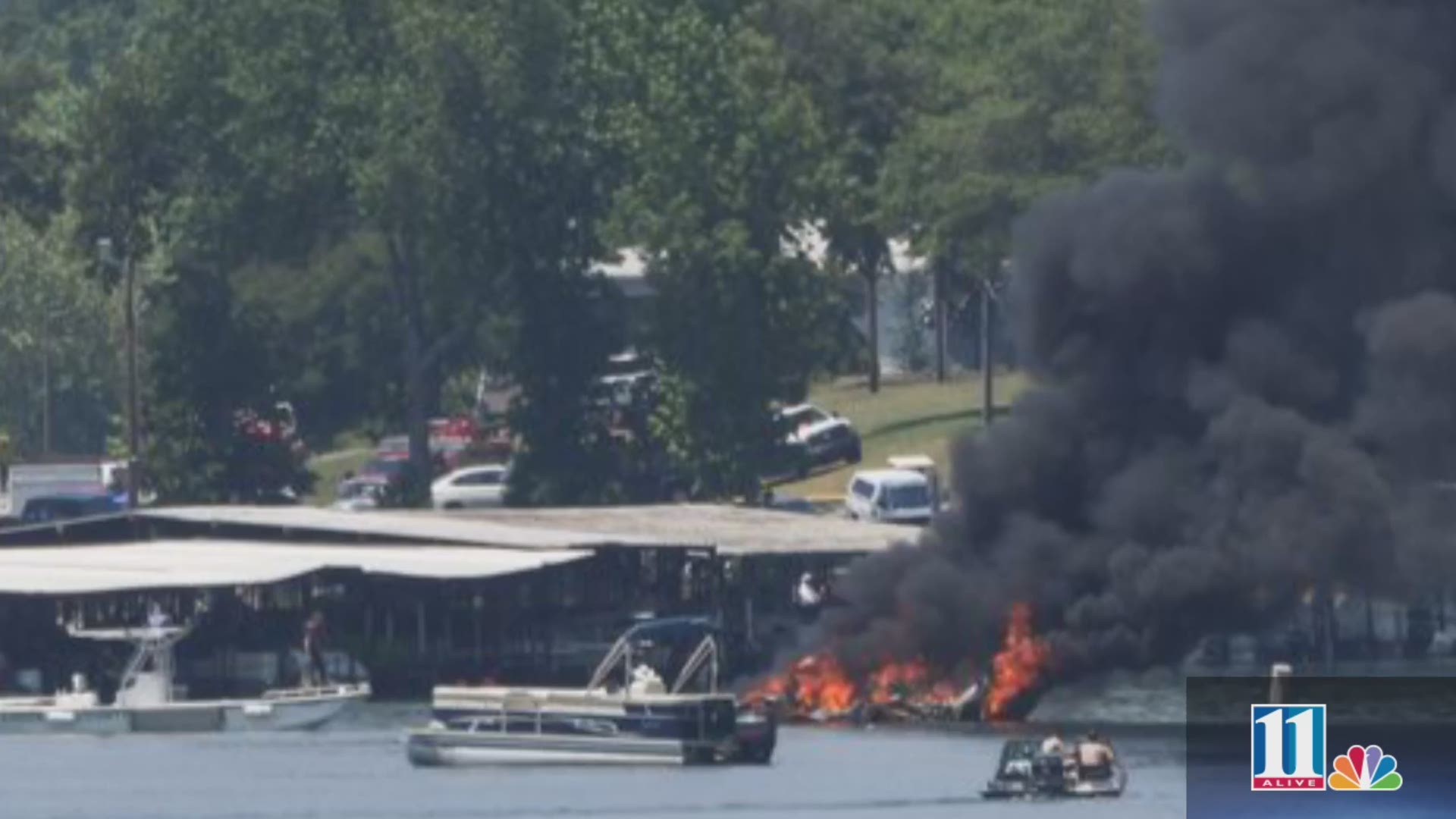 Marina Road, which leads to the scene, was blocked to traffic and cars were rerouted toward Interstate 85.

The marina draws thousands of visitors from South Carolina, Georgia and beyond each year. It is also the site of an annual holiday flotilla that draws crowds from across the Upstate.

Emergency crews sent out a call asking for many available firefighters in Anderson County and Oconee County to respond to the fire.

Responders so far include: the South Carolina Department of Natural Resources, The American Red Cross, and dozens of Upstate fire and emergency officials. Firefighters have come from Center Rock, West Pelzer, Homeland Park, and Friendship fire stations, among others in Anderson County. Oconee County has sent a fire boat, and firefighters from Fair Play.