Mariah Carey reveals bipolar diagnosis: 'I refuse to allow it to define me'

Carey now is in therapy and takes medication for bipolar II disorder, she says. 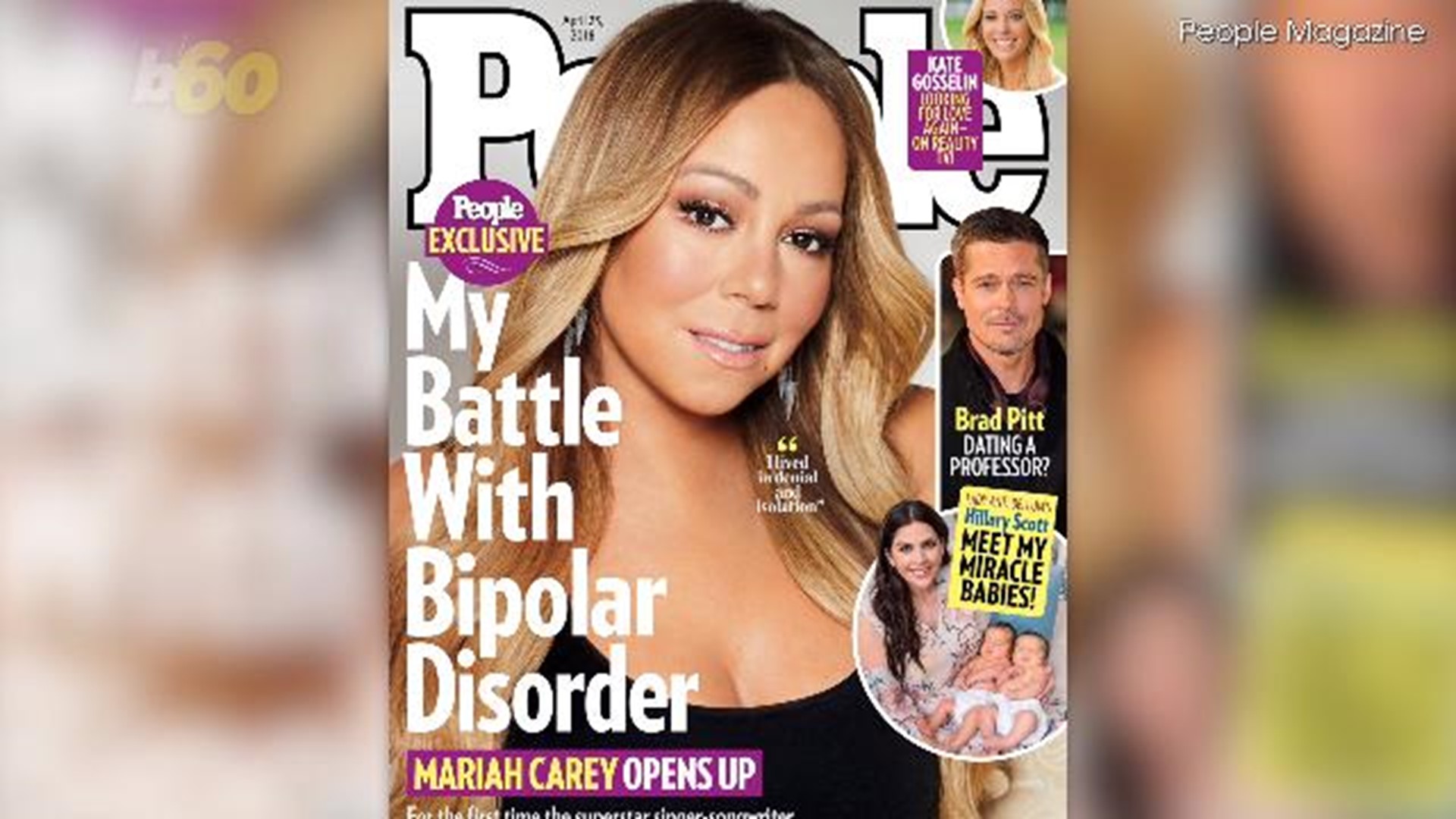 For the first time, Mariah Carey is letting fans know she has bipolar disorder.

The singer revealed her 2001 diagnosis to Peoplemagazine in an article that published Wednesday morning. The outlet says Carey, 48, received her diagnosis after being hospitalized for "a physical and mental breakdown."

"I didn’t want to believe it," Carey says of her receiving the news, but says she recently sought help.

“Until recently I lived in denial and isolation and in constant fear someone would expose me,” she told editor-in-chief Jess Cagle. “It was too heavy a burden to carry and I simply couldn’t do that anymore. I sought and received treatment, I put positive people around me and I got back to doing what I love — writing songs and making music.”

Carey says she thought she was suffering from a "severe sleep disorder."

“But it wasn’t normal insomnia and I wasn’t lying awake counting sheep. I was working and working and working," she says. "I was irritable and in constant fear of letting people down. It turns out that I was experiencing a form of mania.

"Eventually I would just hit a wall," she continues. "I guess my depressive episodes were characterized by having very low energy. I would feel so lonely and sad — even guilty that I wasn’t doing what I needed to b

Carey now is in therapy and takes medication for bipolar II disorder, she says.

“I’m actually taking medication that seems to be pretty good," she says. "It’s not making me feel too tired or sluggish or anything like that. Finding the proper balance is what is most important.”

Carey says she is motivated to share her battle in hopes of destigmatizing the diagnosis.

“I’m just in a really good place right now, where I’m comfortable discussing my struggles with bipolar II disorder," she says. "I’m hopeful we can get to a place where the stigma is lifted from people going through anything alone. It can be incredibly isolating. It does not have to define you and I refuse to allow it to define me or control me.”

Furthering the conversation, Carey shared the cover with her more than six million Instagram followers Wednesday morning. "I'm grateful to be sharing this part of my journey with you," she captioned the image.

I'm grateful to be sharing this part of my journey with you. @mrjesscagle @people

Carey is not the only famed person publicly sharing their battle with the disease. Demi Lovato has been a mental health crusader, advocating for universal health care at the Democratic National Convention in 2016.

Actress Catherine Zeta-Jones revealed she had bipolar disorder in 2011 and reportedly sought treatment in 2013, which earned kudos from Carrie Fisher who also shared the diagnosis. " I love that she went in preventively," Fisher said following an episode in 2013, "so that's going to be what I do from now on."

e doing for my career.”