The appeal comes amid a series of high-profile cases involving restrictions on abortion rights, as some states push to challenge Roe v. Wade. 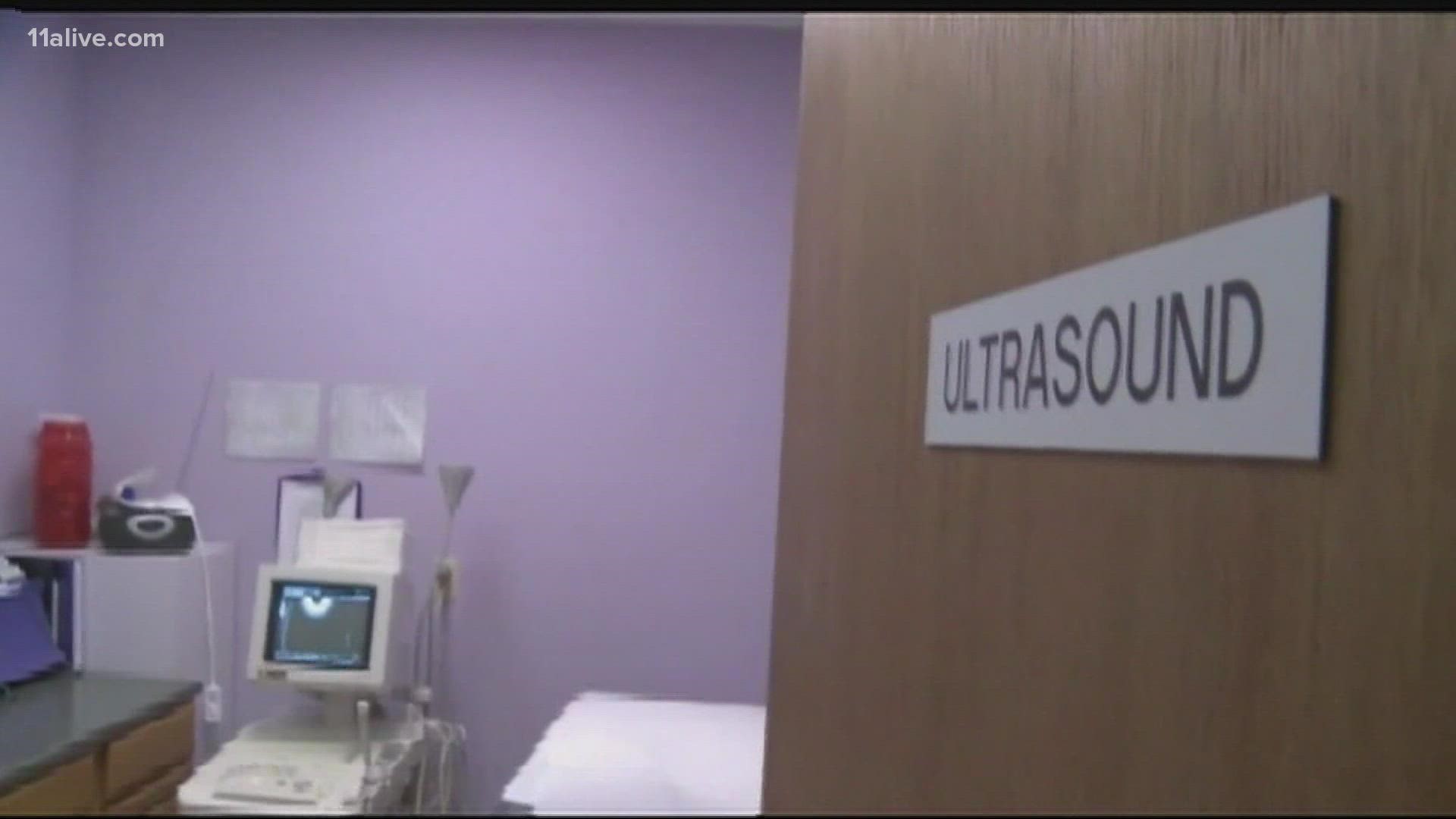 ATLANTA — Georgia's "heartbeat" abortion law will come before the 11th Circuit U.S. Court of Appeals on Friday, as the state appeals a federal ruling from last year that the law is unconstitutional.

The appeal comes amid a series of high-profile cases involving restrictions on abortion rights, as some states push to challenge Roe v. Wade. The 11th Circuit will stream oral arguments on YouTube.

The court will begin streaming at 9 a.m. The court's calendar lists the "heartbeat" case - SisterSong Women of Color Reproductive Justice Collective, et a. v Governor of the State of Georgia - second on the day.

You can view the livestream of the court's proceedings here

Georgia's case is unlikely to reverberate as far as a recent Texas law - which seeks to ban most abortions through a novel and controversial law enforcement concept - or a Mississippi law that will directly challenge Roe and is set to be heard by the Supreme Court in December.

RELATED: Why the Texas law is very different from Georgia's 'heartbeat' abortion law

But the Georgia law attempts to go farther than the Mississippi law - which bans abortions after 15 weeks in most cases - and explicitly brings before the court the "fetal heartbeat" concept, which states have used to ban abortions around six weeks, often before many women realize they're pregnant.

A federal judge ruled last year that Georgia's law is unambiguously unconstitutional. - Judge Steve C. Jones wrote in a decision blocking the law that it "directly conflicts with binding Supreme Court precedent and thus violates (the) right to privacy and liberty secured by the Fourteenth Amendment."

If the 11th Circuit agrees with the federal court judge, Georgia could then appeal to the Supreme Court.

If the Supreme Court took the case at that point, they would be looking at the constitutionality of abortion laws that cite the "fetal heartbeat" concept - which could, if validated by the Supreme Court, potentially further erode Roe.

It's also possible that if Georgia loses its appeal at the 11th Circuit, it could forego an appeal and instead leave it to the legislature to simply pass a copy of the Texas law.

The future of that law is uncertain - what the divided Supreme Court did in the Texas case was leave the law in place for now by saying the case "presents complex and novel... procedural questions." They basically declined to act on the law, neither ruling for or against it, because the way the Texas law was constructed - with a system where regular people enforce it by suing an abortion provider or anyone who helps a woman get an abortion - is highly unusual and essentially unprecedented.

The decision stated explicitly that "this order is not based on any conclusion about the constitutionality of Texas' law."

In effect, the Supreme Court is waiting for the law in Texas to actually begin functioning - which will require a lawsuit against an abortion provider and then the lower courts interpreting the law - before it can get back to the nation's high court for a final ruling.

In the meantime, the Court will likely have already addressed the basic substance of Roe through the Mississippi case.