Thirty states will have already weighed in by the time Georgia Dems have their say in the presidential primary on March 24. 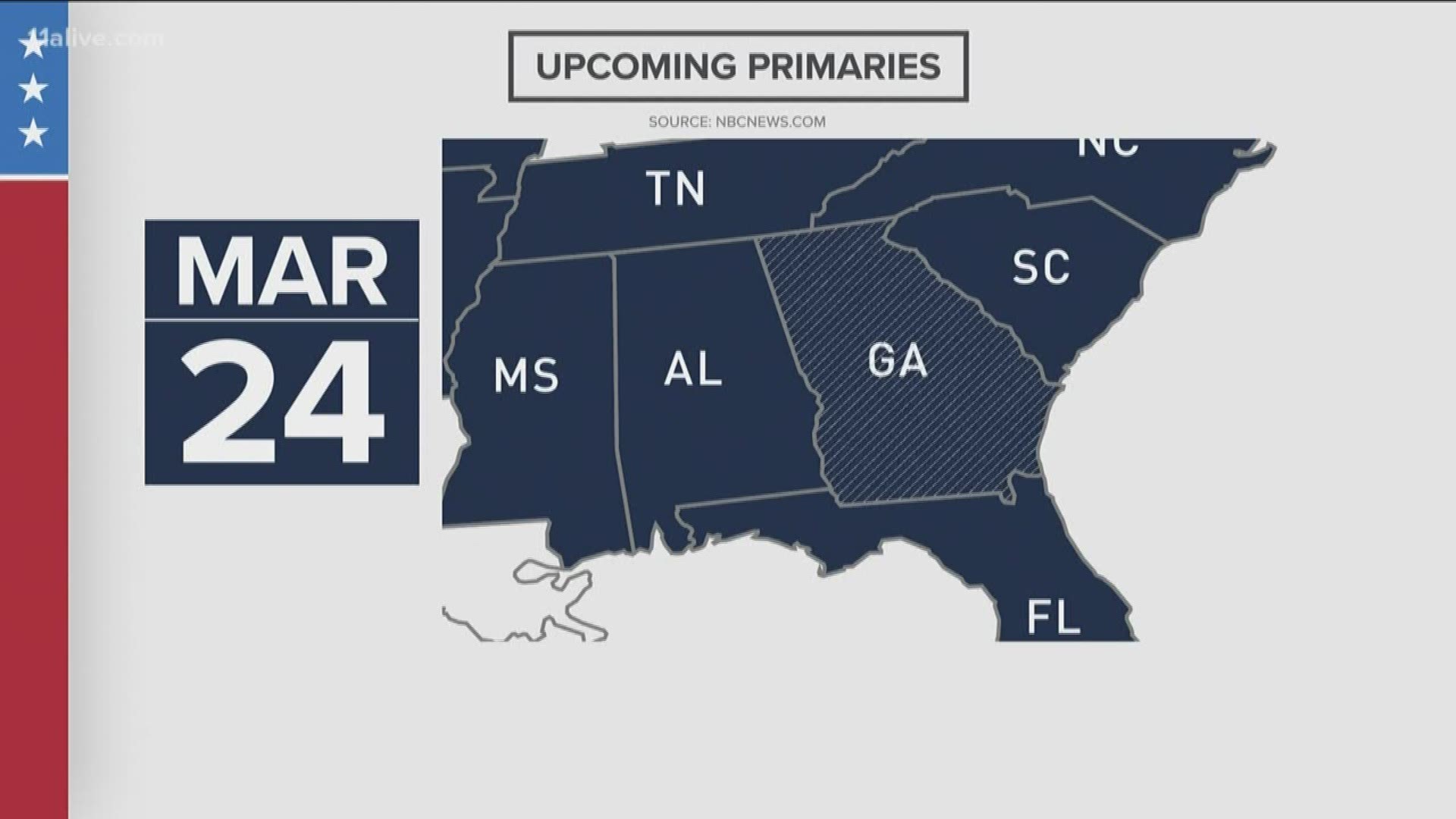 ATLANTA — A half dozen Democrats have left New Hampshire still hoping to win the presidential nomination. One question is: How many can make it to Georgia?

The state’s primary is only forty days from today.

Thirty of the 50 states will have already weighed in by the time Georgia Democrats have their say in the presidential primary on March 24.

Yet with a half dozen Democrats still standing after the New Hampshire primary – Atlanta’s Democratic mayor likes the long term forecast.

"I’ve been following it," said Keisha Lance Bottoms Wednesday morning. "And what I’ve been saying all week is, the south’s got something to say. The road to the White House will lead through the south," referring to South Carolina's primary this month, and Georgia's primary in March.

Democratic fundraiser Kristin Oblander sees the surprise finishes in New Hampshire and Iowa by candidates like Pete Buttigieg and Amy Klobuchar, the win by Bernie Sanders – and is still optimistic about her favorite, Joe Biden.

She and Bottoms are among the Democrats looking at the campaign calendar, viewing Georgia as a potential bright spot.

"I think absolutely we’re going to have a contested primary through March 24th for the Georgia presidential preference primary," Oblander said.

Nevada’s caucus is in ten days, February 22, with South Carolina a week later on February 29.

March 3 is Super Tuesday, which will include large states like California and Texas among the 14 states voting. They are: Alabama, Arkansas, California, Colorado, Maine, Massachusetts, Minnesota, North Carolina, Oklahoma, Tennessee, Texas, Utah, Virginia and Vermont.

Then Georgia sits virtually alone on the calendar one week later— American Somoa is Georgia's only competition March 24.

Unlike the previous dates, where multiple states will be voting, March 24 will likely make Georgia the sole focus of whichever candidates are left, at least for a week.

Georgia chose its primary date late in the process because the state was grappling with the purchase and distribution of a new computerized voting system.  Yet the state may get more attention than previously expected.

"I think we’re well positioned. I think it’s going to be a fun month and a half for us here," said Oblander.