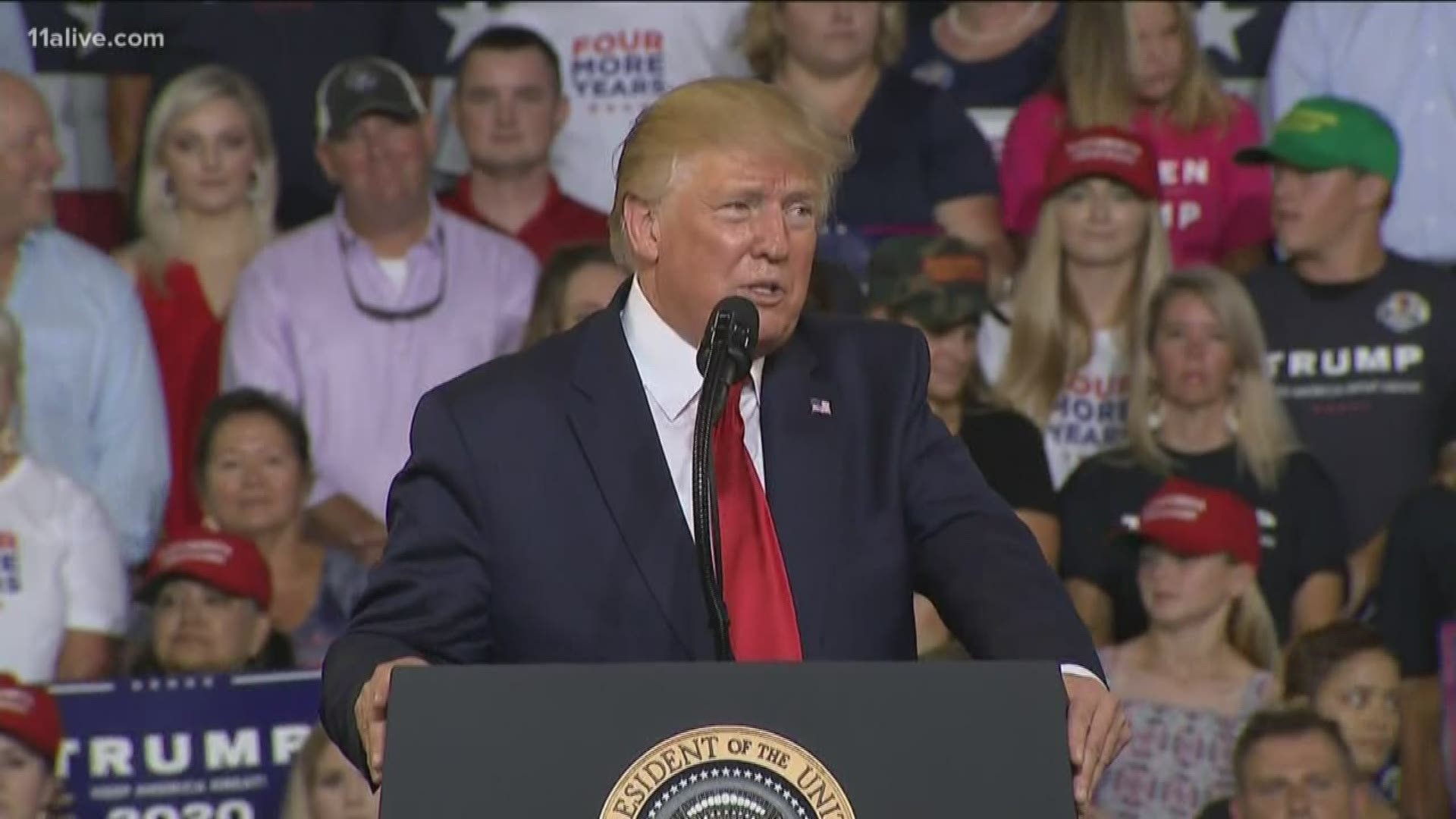 The Trump administration announced new asylum rules, which would impact many migrants seeking asylum at the U.S-Mexico border from Central America.

The change? If you pass through another country on your way to the U.S. to seek asylum and don't ask for asylum there first, you would be ineligible to seek protection at the southern border.

“I left my country almost four years ago. I came here to this country, to the United States, to ask for asylum because my life was in danger remaining in my country," Wilhen Hill told 11Alive's Elwyn Lopez over the phone.

Hill says he fled Guatemala, passing through Mexico, but didn’t’ seek asylum there. His goal was to seek asylum the U.S. And he did. It's something –  this latest policy – wouldn’t have allowed. But Mexico, he says, is as dangerous for him as the country he fled.

“A lot of (drug) cartels," he explained. "The same ones that operate in Guatemala also operate in Mexico. For that reason, I didn’t ask for asylum in Mexico, because I feel safer being here in the United States than in any other country."

“It’s just sort of this weird blanket determination of anybody coming from the southern border," she said. "Clearly it's targeting Central Americans, but ultimately, there’s a lot of other people who are seeking asylum and are entering the country through the southern border.”

Many are challenging the new asylum policy, including the United Nations Refugee Agency.

"We believe this interim rule excessively curtails the right to apply for asylum. We think it jeopardizes the right to protection from refoulement," said Elizabeth Throssell, spokesperson at the United Nations High Commissioner for Refugees office in Geneva, Switzerland.

As for Hill, it took years before he was granted asylum.

RELATED: Family uproots life here to reunite with father of 3, deported a year ago, in Mexico

A Chief Border Patrol agent told NBC he believes the new asylum policy changes will help with the flow of migrants to the southern border. Fogle says he thinks the changes will only add to the immigration backlog.