Flash flood watches and warnings are in effect for several parishes in Southeast Louisiana and Southern Mississippi. 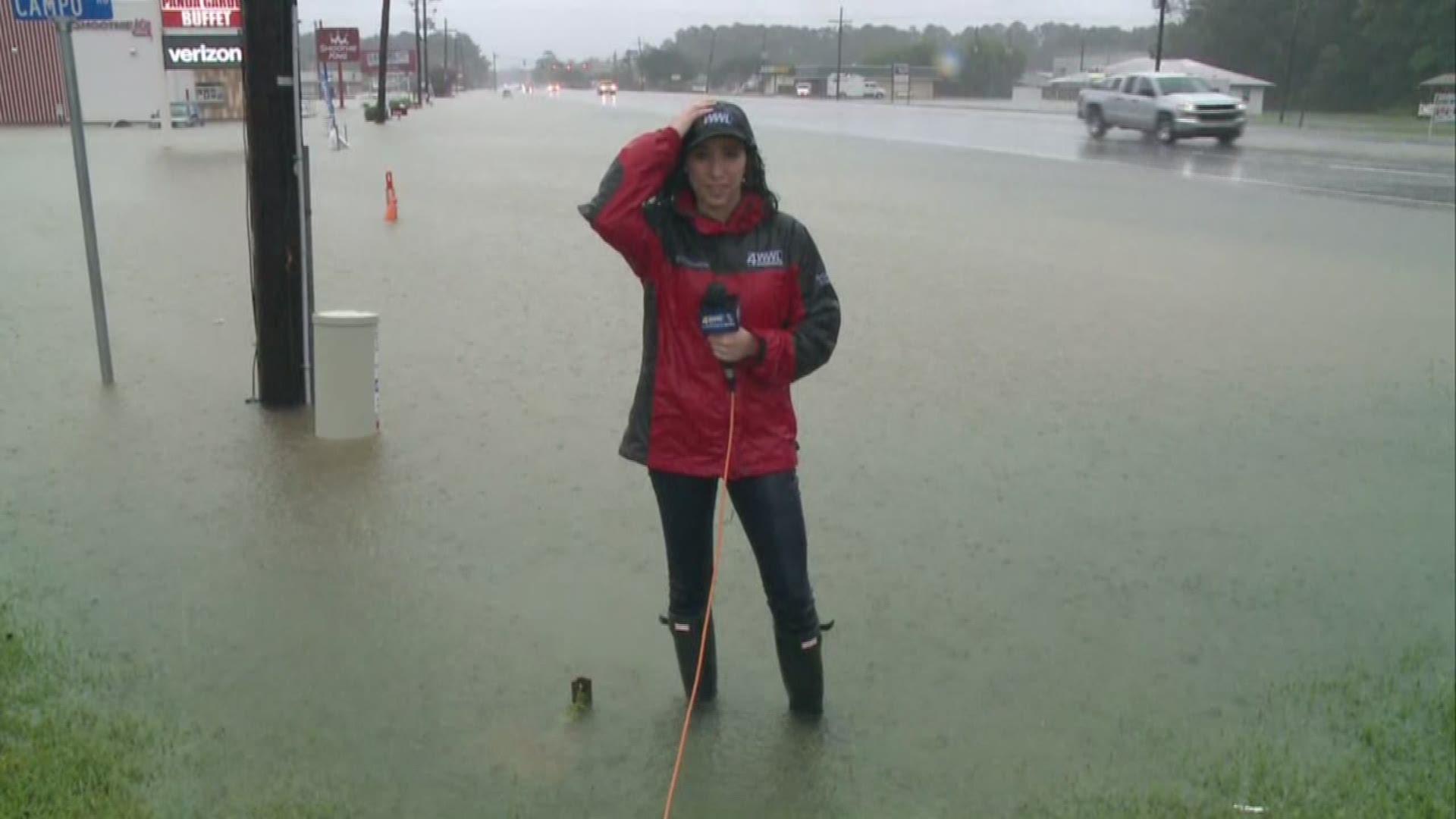 UPDATE: The Louisiana National Guard has mobilized personnel and equipment to assists in flash flood evacuation and recovery.

According to the Louisiana Nation Guard, 39 high-water vehicles and five boat teams are involved in search and rescue operations at this time across Iberia, Lafayette, St. Helena, Tangipahoa and West Feliciana parishes.

More than 40 people have been rescued in Tangipahoa and 17 in St. Helena according to the National Guard.

Another five boat teams are on stand-by to conduct search and rescue operations in support of local officials. Additional resources are available if needed.

Most of Southeast Louisiana is under a Flash Flood Watch until Saturday morning, while some parishes are under a more severe Flash Flood Warning until this afternoon.

A Flash Flood Watch is in effect through Saturday morning for the following parishes:

The NWS has also issued a more severe Flash Flood Warning until 1:15 p.m. for the following parishes:

A weak area of low pressure over Southeast Louisiana and Southern Mississippi will continue to drift slowly Northwest across the region through the weekend according to the NWS.

Soils in our area are saturated from the heavy rainfall since Wednesday, Aug. 10, which could result in flash flooding from additional, intense storms. Rivers in our area are also expected to rise.

The NWS urges anyone in these parishes to move to higher ground.

“This is an extremely dangerous and life-threatening situation,” the NWS said. “Do not attempt to travel unless you are fleeing an area subject to flooding or under an evacuation order.”