Braves fan tackled after running onto the field during game

Security was eventually able to handcuff him and escort him off the field. 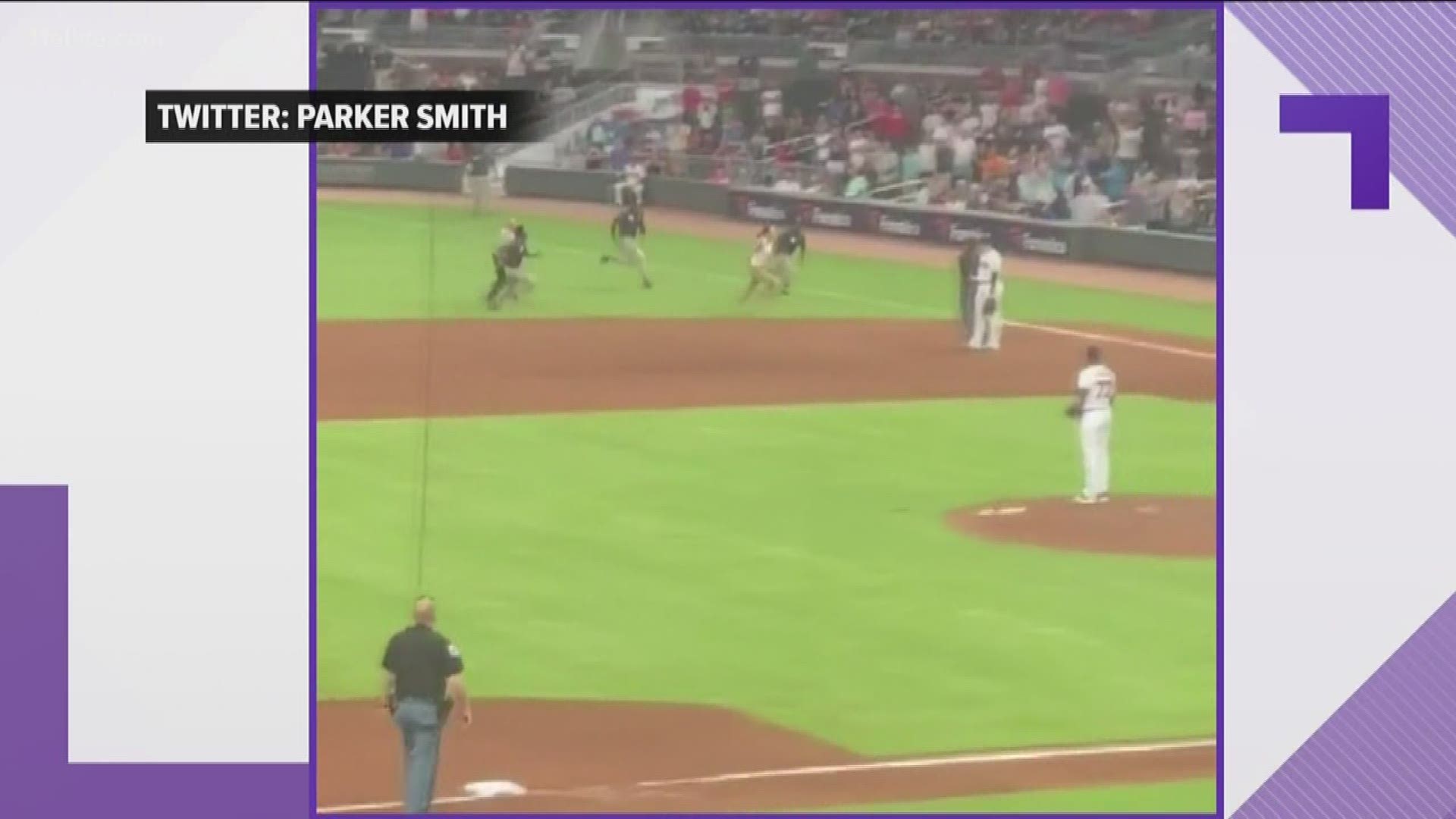 Fans at the game were recording on their phones when the man sprinted across the field, interrupting game play at SunTrust Park. The man was identified as Terrance Teague in the incident report.

Security chased after him, before eventually cornering the man, who is tackled against the brick wall. Security was eventually able to handcuff him and escort him off the field.

Debate broke out online on whether the response was excessive - including among 11Alive's own Jeff Hullinger, who saw the tackle take-down as unnecessary.

According to the incident report, Teague was issued a criminal trespassing warning in which he can never return to the ballpark. He was also cited for one count of disorderly conduct - running on the field.

11Alive reached out to the team for a statement, but have not heard back, yet.