Olympic athletes struggle to train, put themselves at risk while IOC waits on decision

Olympic athletes are having to choose between staying safe and quarantine during the Coronavirus or continue training for the Tokyo Games. 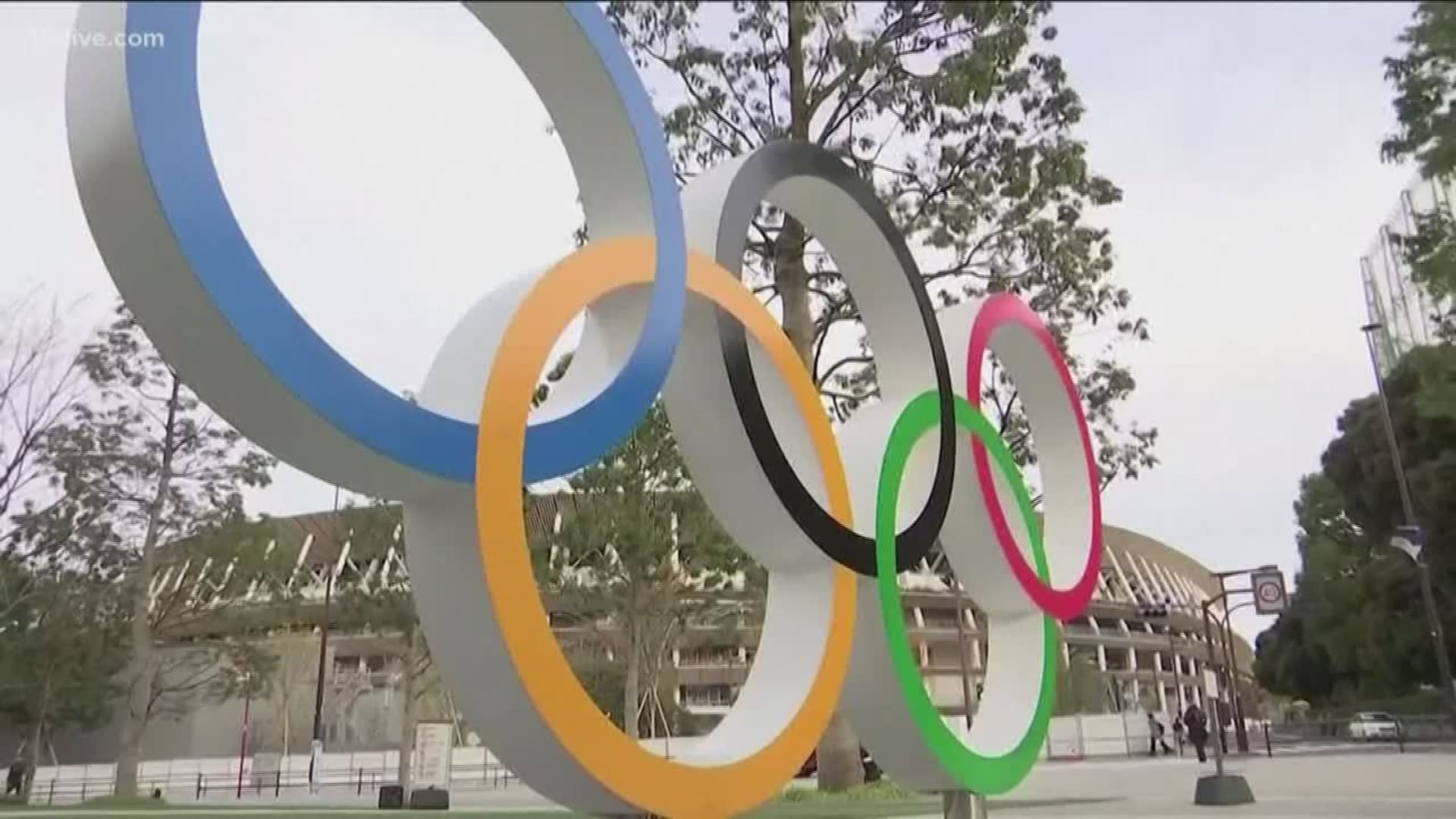 ATLANTA — Olympic athletes worldwide are wondering if the Olympics will go on as scheduled.

"For the last couple weeks, we've all been in limbo, like what should we do?" track and field athlete Christian Coleman said.

Olympians are grappling with the decision of whether or not to continue training for the summer games while millions of Americans have been told to stay home and quarantine themselves as the novel coronavirus COVID-19 continues to spread worldwide.

Many athletes cannot train normally in their homes, depending on their sport.

"I need a pool to swim in. I need access to a gym," Pentathlete Sam Achtenberg said. "If the weather's bad, it's Colorado. We're still getting snow, getting rain."

"Should we proceed as normal?" Coleman inquired. "Everyone's having concerns about facilities closing down, gyms being closed. You know, people are having to hop the fence to get on the track because they want to compete when this is all over just because they (the IOC) haven't made a decision."

Despite events worldwide being canceled or pushed back, including Olympic Trials, the Opening Ceremony for the Tokyo Olympics is still scheduled for July 24.

USA Swimming and USA Track & Field have called for the games to be postponed and many federations around the world want a decision.

Sunday, IOC President Thomas Bach released a letter to athletes saying the games won't be canceled and a decision about how to move forward will be made in four weeks. That decision could be postponing the games.

Bach said it is too soon to make a decision, citing some areas seeing relief from the outbreak while other parts of the world are deteriorating.

A lot can change in a month, and if the Olympics will go on as scheduled, a month of training or not training will have a huge effect on the athletes.

Coleman thinks four weeks is too long for this decision.

"I feel like it's put a lot of people in danger. The government is advising everyone to stay inside as much as possible," Coleman said. "In four weeks they could say we're keeping it on these dates, so we've got to keep training during this time, and we gotta go out and lift weights, train and be around people. And I don't think they're necessarily thinking about everybody's that's involved."

Coleman is especially worried about families and children of athletes who may have a higher risk of getting exposed to the virus because of athletes continuing to go out and train.

It's a risk, he said. But the goal no matter what is always the same. Coleman, who won gold in the 100 meters at the 2019 IAAF World Championships and will be a favorite for the Tokyo games, will continue his pursuit of gold whenever the Olympics may be held.

"When we have the Olympics, it'll make it that much sweeter," he said. "Knowing that everyone had to go through this, to go out and get an Olympic gold after something like this would be pretty special."

Canada says no athletes at Tokyo Olympics if no postponement; Australia says prepare for 2021