The crash, which involved two tractor-trailers and one other vehicle, happened on northbound I-75 just North of the Hwy. 155 exit. 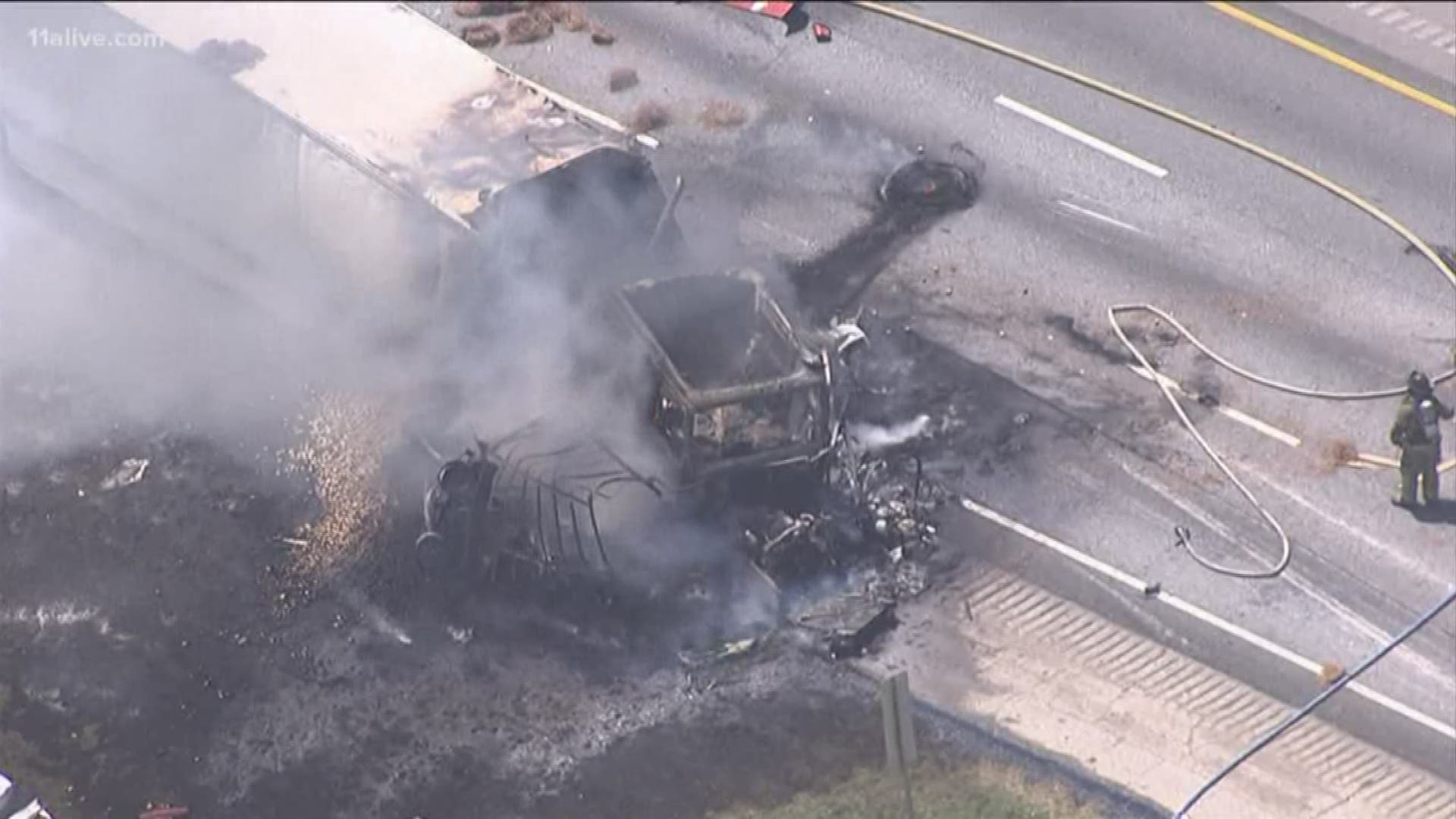 HENRY COUNTY, Ga. -- Authorities have confirmed four people have died in a wreck that shut down all northbound lanes of Interstate 75 in Henry County on Thursday.

The crash, which involved two tractor-trailers and one other vehicle, happened just around 12:15 p.m. on northbound I-75, just north of the Hwy. 155 exit.

According to initial information from police, the first tractor trailer began slowing down as it cam upon traffic. A Chevy pickup truck pulling a trailer of pine straw was following behind and also slowed. But a third vehicle - another tractor trailer - failed to slow down and slammed into the back of the pickup.

The impact of the crash pushed the pickup into the first tractor trailer and sparked a massive fire. All four people inside the pickup, authorities said, died as a result. Their identities still have not been released.

The driver of the at-fault tractor trailer was taken to an Atlanta-area hospital with non life-threatening injuries.

SkyTracker11 was over the wreckage and showed a burned out cab of one truck and back end damage to the other truck. Crews could be seen putting out small fires and clearing debris from the roadway.

First responders were on the scene routing traffic off of I-75 at the northbound Hwy. 155 exit ramp. While there were no southbound lane closures, traffic was backed up. Around 6 p.m. multiple northbound lanes had been reopened, but traffic was still very heavy.