Strong thunderstorms still possible into the evening in north Georgia

Refresh this story for updates. 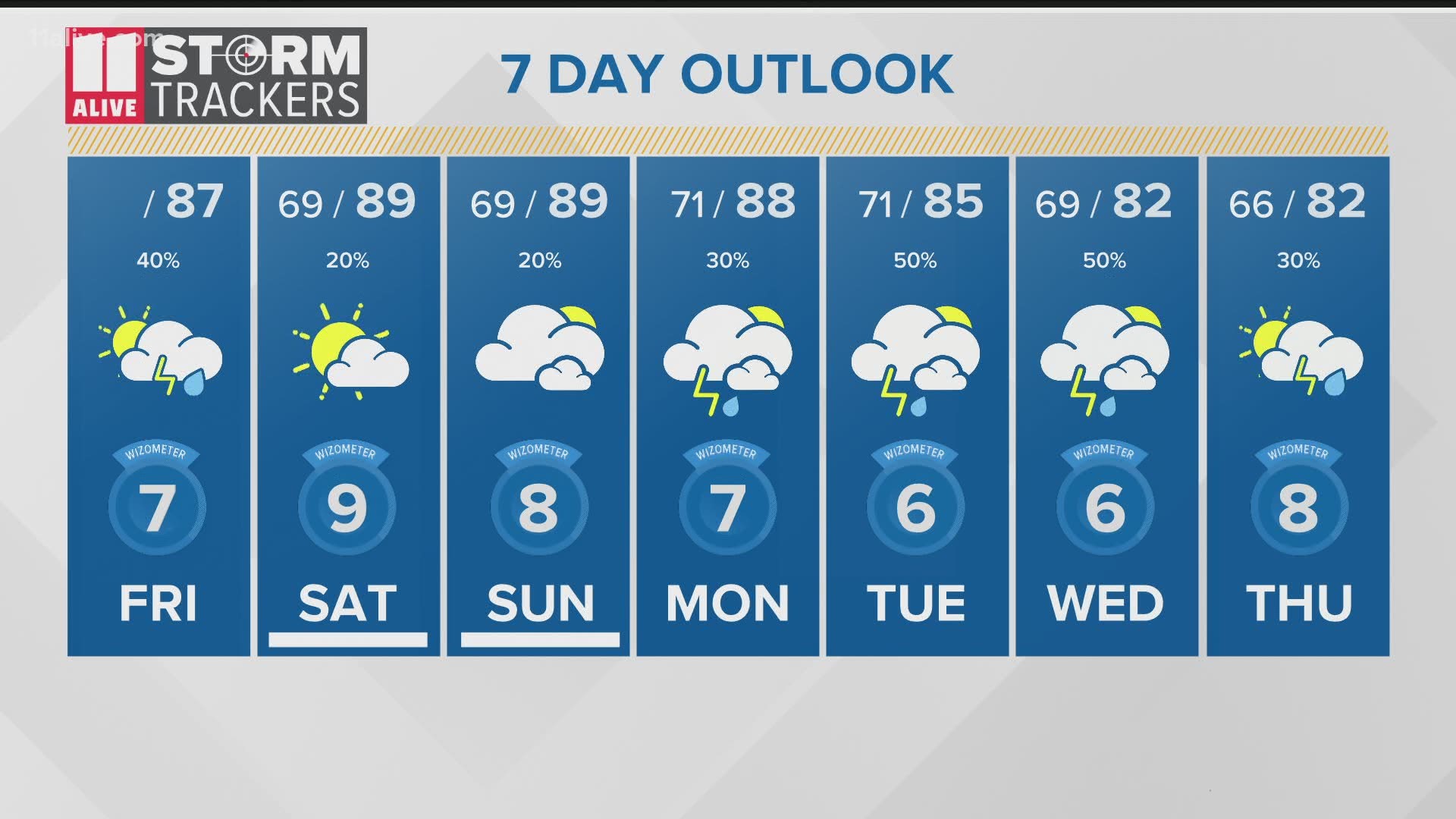 ATLANTA — The 11Alive StormTrackers are watching an area of scattered strong thunderstorms across portions of north Georgia.

There is a low chance that some of the storms may reach severe limits as they pass through the region.

Heavy rainfall and frequent lightning are possible with any storms that move through the region, but they are expected to decrease in intensity after the sun sets.

So far, a couple of severe thunderstorm warnings have been issued, but most of the storms that have passed through the region have remained below severe limits.

Meanwhile, down in the Gulf of Mexico, we are also watching Tropical Storm Cristobal. Tropical Storm Watches and Warnings have been issued for portions of the Gulf Coast in anticipation of a landfall late Sunday or early Monday.

Refresh this page for the latest updates.

5:45 pm | According to the National Weather Service, a 911 call center in Meriwether County said that a tree was reported down on Roosevelt Highway near Coleman Creek Circle about three miles south of Luthersville, shortly before 4 p.m.

3:49 pm | A Severe Thunderstorm Warning has been issued for portions of Spalding, Meriwether and Pike counties until 4:30 pm.

At 3:48 pm, a severe thunderstorm was located over Rocky Mount, or 8 miles north of Greenville, moving east at 25 mph.

Wind gusts up to 60 mph are possible with this storm. Expect damage to roofs, siding and trees.

3:15 pm (2:15 CT) | A Severe Thunderstorm Warning has been issued for parts of Calhoun and Cleburne counties in Alabama until 3:15 pm CT.

At 2:23 pm CT, a severe thunderstorm was located over Fort McClellan, moving southeast at 25 mph.

2:25 pm | A strong thunderstorm was moving over the west side Perimeter near I-20 to the east toward downtown Atlanta.

Lightning and brief heavy rainfall was reported, however, the storm was below severe limits.

2:15 pm | A Significant Weather Advisory for portions of Coweta and Carroll counties has been issued until 2:45 p.m.

At 2:15 p.m., a strong thunderstorm was located over Carrollton, moving southeast at 15 mph.

1:35 pm | A Significant Weather Advisory for portions of Fayette, Lamar, Coweta, Spalding Meriwether and Pike counties has been issued until 2:15 p.m.

At 1:34 p.m., a strong thunderstorm was located over Digbey, or 13 miles northwest of Zebulon, moving east at 25 mph.

11:20 am | A Significant Weather Advisory for portions of Walton and Gwinnett counties have been issued until 11:45 a.m.

At 11:13 a.m., a strong thunderstorm was located over Grayson, or near Lawrenceville, moving east at 20 mph.